The position of LeBron James’s coach has always been one that is envied but also comes with a massive spotlight. Never has one of his coaches been given full credit for winning, but likewise the coach has always had the biggest chess piece in the NBA. Who LeBron has had as a coach has shaped him and on the eve of his fifth finals appearance in a row, examining who his coaches have been helps to explain who LeBron has become.

Mike Brown was the coach of LeBron at the beginning, when he was very young. LeBron was on the cover of Sports Illustrated, when most of us were learning to play flip cup. During Mike Brown’s coaching tenure was the time of questions for LeBron. Can he perform in the clutch, what is his shot selection and the always lingering question that still people ask, is he the next Michael Jordan? 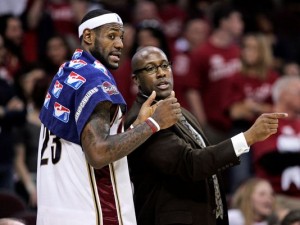 Mike Brown ran an offense for LeBron that reminded many people of playing in pick up games, get out of the way and let LeBron James run the show. This isn’t the worst idea, when you have the most athletic and talented player in the world, it just wasn’t enough to win a championship.

There was always noise that LeBron didn’t respect or listen to Mike Brown. A revealing perspective came from Shaquille O’Neil.

“I remember one day in a film session LeBron didn’t get back on defense after a missed shot. Mike Brown didn’t say anything about it. He went to the next clip and it was Mo Williams not getting back and Mike was saying, “Yo, Mo, we can’t have that. You’ve got to hustle a little more.” So Delonte West is sitting there and he’s seen enough and he stands up and says, “Hold up, now. You can’t be pussyfooting around like that. Everyone has to be accountable for what they do, not just some us.” Mike Brown said, “I know, Delonte. I know.” Mike knew Delonte was right” (Helin) 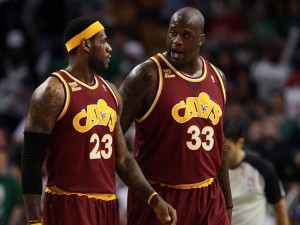 Mike Brown had a very hard job in coaching and teaching a young and probably slightly immature LeBron. Holding him accountable must have been something he overlooked; LeBron was never the type of player that didn’t hustle. No athlete in history has done less wrong than LeBron, never has there been a real scandal, just anger over the “decision”. Everyone has some issues in their early 20’s and even worse in their teenage years. Mike Brown was a figure for LeBron during this time, a little soft on LeBron but a good influence on him.

Erik Spoelstra became LeBron’s coach when he arrived in Miami in all the huppla and hatred. Many people had no idea who this guy was, except that he was Pat Riley’s guy. It seems when looking back at the “decision” it was Pat Riley that was the figure that LeBron needed to get over the championship hump. 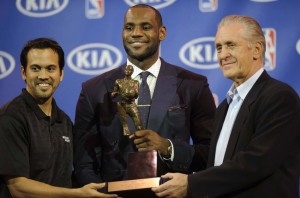 Through Spoelstra/Riley, the “decision” and Dwayne Wade, LeBron was held accountable and grew up. He didn’t receive the unconditional love of the world and media, and was held responsible by coaches and management. It still took a season and a half  for Lebron to respect Spolstra but in the end he definitely did. (Feldman)

A setback for Lebron came in the form of Riley and Spoelstra’s gameplan and offensive strategy. In Miami they ran a different offense; yes it was still a lot of LeBron isolation but it was built on movement.  I believe that there was a part of LeBron that wanted it to be his team, he wanted to be Michael Jordan and have the ball in his hands, to make plays, 85 to 90 % of the time.

Enter David Blatt acquired from Europe, with no NBA experience, never having dealt with any NBA stars. He was hired to coach the Cavaliers, not LeBron James. 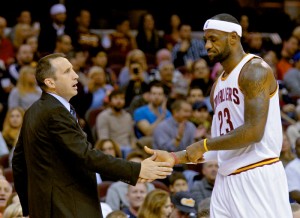 The offense now looks very similar to the Mike Brown offense and the only similarity is LeBron James. This infers that this is how LeBron wants to play or needs to play. Part of coaching is looking at your players and deciding how to create a gameplan and flow that works for them.

How much are the Cavaliers really listening to David Blat though and how much do they listen to Tyronn Lue? The body language on the bench and the court seems to focus a lot on Lue and the deference seems to go to Lue. (Manfred)

Blatt needs to be given props for allowing his team to find itself and not be overly focused on his schemes, his style of play or even whom his team defers to. Many coaches can be rigid and need to put their mark on a team, Blatt understands that to win he needs to let the team just run its course. He understands that he has the best player in the world and the scheme is LeBron James.

Michael Jordan and LeBron James will forever be linked, from the Nike contracts, to LeBron paying homage and wearing Jordans number. Jordan took time off from basketball to play baseball; this time period is similar to LeBron’s in Miami. Who LeBron James has become has a lot to do with his coaches but mostly to do with who LeBron is. He has always followed himself, like Jordan did and now we are seeing LeBron crown himself in victory.