The Boston Bruins have been an absolute powerhouse in the National Hockey League for the past six years that has seen this team raise division banners and a Lord Stanley Cup. Present day, first-year general manager Don Sweeney has made some head-turning moves for this team that have been less than stellar to say the least.

During the NHL Draft, the Boston Bruins decided to trade the promising, young defenseman Dougie Hamilton to the Calgary Flames for a first-round pick and two second-rounders. Furthermore, the Bruins also traded one of the toughest players in the NHL today, who can also produce offensively in Milan Lucic to the Los Angeles Kings for a first-round pick, goaltender Martin Jones, and a prospect in Colin Miller. 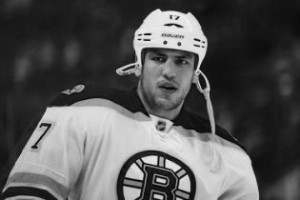 While both of these trades are indeed shocking, the Bruins did in fact get a ton of solid draft picks in return. However, when you consider how coveted Hamilton is as a physical, puck moving defenseman who is coming off a career year with 10 goals and 32 assists and Lucic, who is an absolute monster to play against, the Boston Bruins made a big mistake.

Every team in the Eastern conference took a huge deep breath when Milan Lucic was traded to the Los Angeles Kings. Every team in the Western conference including the Pacific division, were just put on notice. The Los Angeles Kings narrowly missed the playoffs last season, unable to defend their Stanley Cup Championship, are now immediately back in the playoff picture with the acquisition of Lucic.

However, Let’s not forget the Calgary Flames, the team that took the Kings playoff spot, and their outstanding acquisition of Dougie Hamilton. Hamilton joins a Calgary team that far exceeded expectations this season, has a solid core intact, and now have the one of the more formidable top-four groups in the league that consists of Mark Giordano, TJ Brodie, Kris Russell, and Hamilton. 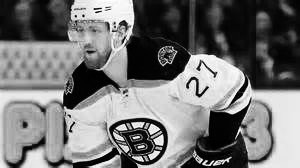 After this trade, Rumors surfaced that Hamilton was traded because he wasn’t liked in the locker-room, which can only be described with one word. Ridiculous. You simply don’t trade a guy of that talent because other players don’t like him. The reality is that Boston Bruins have a mindset and Hamilton wasn’t a part of it.

Don Sweeney can’t be serious. How is Dougie Hamilton and Milan Lucic not part of the equation but Zac Rinaldo is? While the Bruins still have much of their core intact with Patrice Bergeron, David Krejci, Brad Marchand, Zdeno Chara, and Dennis Seidenberg. The quality of depth isn’t great and you just traded a third round pick in 2017 for a used puck bag and Zac Rinaldo. While Rinaldo does have 223 NHL games under his belt, he has only scored eight goals during that time and he is not replacing Milan Lucic as your enforcer.

There are now reports that the Bruins have now traded goaltender Martin Jones to the San Jose Sharks for a first round pick in the 2016 NHL draft. Look, we get it Sweeney, every general manager that comes into this league wants to make an impression and more importantly, wants to build their own team. However, this team is used to winning so this rebuild better be short or your time in Boston, will be short-lived.