Sports are a Great Way to Bond With Your Children

I’m a sports junkie. Always have been. Always will be. I have passed my love of sports on to my two sons, Mason and Spencer. It’s pretty cool to be talking sports with a nine and eleven year old who truly know what they are talking about in regards to a multitude of sports stories.

Unfortunately, I do not see my sons everyday because their mother and I are divorced. However, whether we talk on the phone or FaceTime each other, you can guarantee that a discussion of sports will occur within 30 seconds of our conversation. For example, I FaceTimed my sons to say goodnight one day and the first thing they said to me in unison was “Demarco Murray signed with the Eagles.” They were none too happy about this and proceeded to blast the Dallas Cowboys for letting Murray leave via free agency. I proceeded to tell them I was unhappy with the decision too, but that it came down to money and the contract was too much money for Murray. Once they were calm, I was finally able to ask how school was and talk about their day. That is normally how are days go when they are not with me.

Watching sports together is very fun. From watching Cowboys’ games together to watching LeBron James posterize an opponent, we have a bond that cannot be broken. My kids take their sports seriously and always want to revolve their schedules around a big sporting event.

For the past two years, my sons have become involved in fantasy baseball, football, and basketball. I only let them do free leagues, of course, but they are addicted and I’m sure will join paid leagues as adults. A typical Sunday morning during football season is that we wake up and set our fantasy lineups which have already been tinkered with throughout the week. This takes quite some time as they both sign up for the maximum amount of free leagues through ESPN and NFL.com. NFL Game Day is playing on the television while lineups are being set. Of course, I have the NFL package and my sons love the function where you can set two lineups using the television remote. During the game, stats for players chosen will appear on the screen no matter what game you may be watching. Unless the Cowboys are on, my sons prefer the Red Zone Channel so they can watch clips of various games and hopefully see their fantasy players putting up points. Needless to say, I am a proud papa watching the love my sons have for sports and fantasy leagues.

Both sons are heavily involved in playing sports as well. At this point in their lives, they have played football, soccer, baseball, basketball, and taken golf lessons. If all goes well, they will probably play three sports in high school. Watching your kids play sports is one of the hardest things to do in life. You want them to have fun no matter what, but you also want them to be successful. My sons always look at me on the sidelines or in the stands whenever they do something well or make a mistake. I try not to put too much pressure on them, but they are always seeking my approval during an athletic event. They are old enough to know that I am not going to tell them “good game” if they played poorly and they appreciate that because they want to get getter. I try to start with the positive things they did then discuss how to improve the mistakes. It is definitely frustrating as a parent when your kids do not do well in anything when you know they can do better. It could be school, sports, decision-making, etc. Every parent wants their children to do their best and achieve success. That is why you see parents like me who will discuss mistakes so my sons can learn from them. Do I always do it in the right way? Absolutely not! I am passionate about my sons doing the best they can which is why sometimes I will get angry with them making mistakes on things I have taught them. I realize I need to do a better job in this area, but my sons appreciate my feedback even if they are angry at first. When all is said and done, I ask if they had fun and the answer is always yes. That is why they continue to play from year to year.

Buying equipment for the different sports always costs more than it should at their age. My sons always want to look like the pros. For example, during basketball season, one son wore LeBron sneakers while the other son wore John Wall. These are not the cheapest sneakers, but they are not top of the line either. I bought them because I believe in investing in high-quality equipment. If my kids continue to play sports in high school, we can look at purchasing top of the line equipment for the different sports they play. Playing sports and the equipment required can be quite costly, but is worth the money because it gives your children an opportunity to better themselves.

As a high school boys’ soccer coach, I enjoy the camaraderie of being part of a team and dealing with the many life lessons sports provides. My own sons have had to deal with the thrill of victory and the agony of defeat. I have taught them to win honorably and lose graciously. They have learned not to brag and rub it in an opponent’s face. When they lose, they must not be poor sports about it and blame the officials or say the other team did not deserve to win. I actually had to deal with my son, Mason, this year in regards to his negative reaction to losing a basketball game. His team was not very good and only won a handful of games throughout the season. Mason played point guard and complained to me about his teammates after one game. I acknowledged his team was not very strong, but then told him he needed to take more of a leadership role on the court. I reminded him about a few turnovers he had made during the game that were his fault and resulted in points by the opposing team. From that point on, Mason took each loss in stride and became a leader on the court. He no longer blamed teammates and simply did his best on the court while trying to encourage his teammates to succeed. The life lessons my sons have received from sports will make them better citizens and that is all I can ask for as a parent.

My sons and I share a bond through sports that can never be taken away from us. I am thankful to have two sons who love sports as much as I do. We will carry this bond as they move into adulthood and I wouldn’t have it any other way. 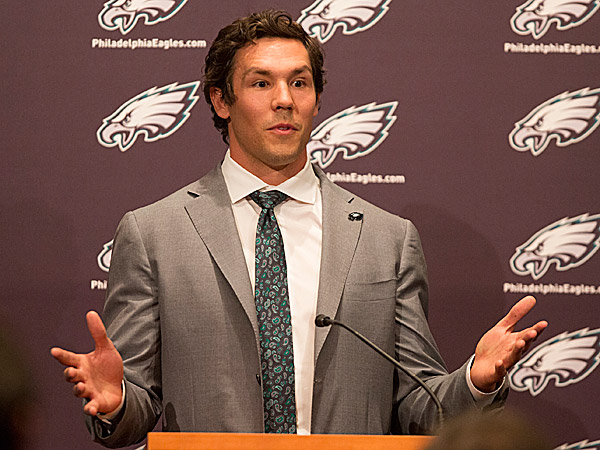 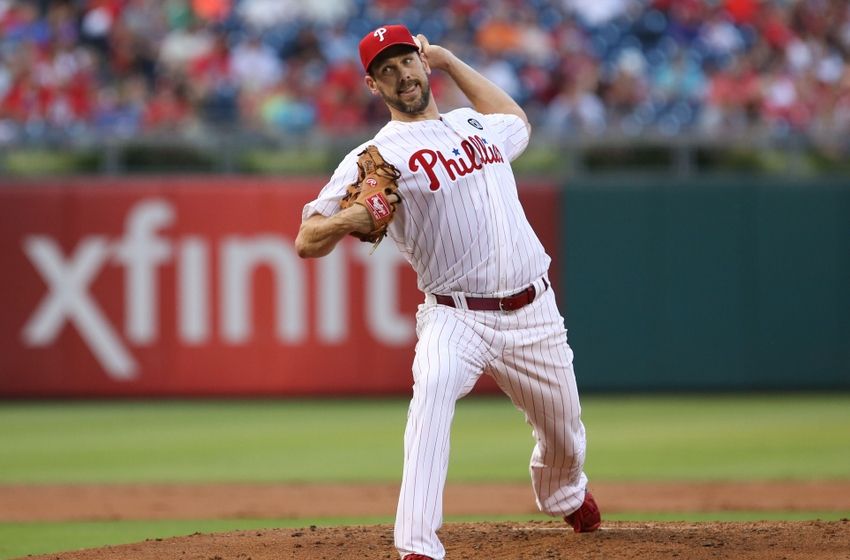 Injuries can cripple any team at any point during the season. It is only Spring Training and there are already teams getting hit hard by the injury bug. One of those teams is the Philadelphia Phillies. The Phillies were injury-riddled last season, and it looks like those injuries will continue into 2015. Phillies starting pitcher Cliff […] 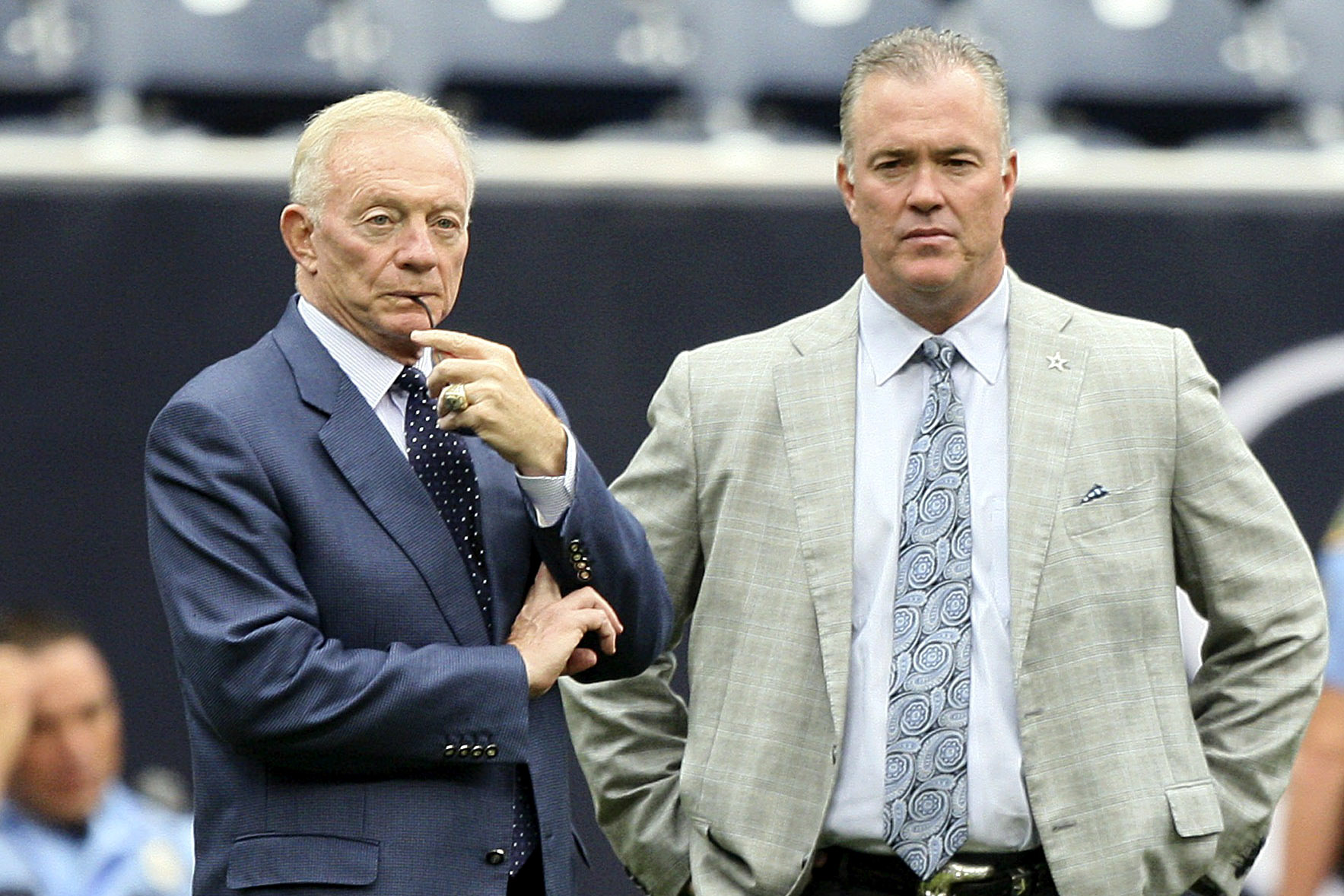 Jerry Jones Continues to Show He is a Changed Man

r the second consecutive season, Jerry Jones has shown restraint and stuck to his offseason plan. As a result, the Cowboys have already lost six players to free agency while signing only two. Based on their offers from other teams, no one can fault Jones for not retaining offensive tackle Jermey Parnell, linebackers Justin Durant […]