Pros and Cons To Writing and Playing the Madden NFL Game

Pros to both are, at least in the South, things to do away from the heat outside. Nobody wants to be out in the heat, & unless you must be either for projects, work, functions whatever. Ways to kill time & or be productive.

I know the plagiarizing thing is an issue for writing. If any want to be a writer for anything or reason, we establish credibility.

Is your story or what you are saying bologna?

Main problem with Madden is it is costly. You can almost compare it to going out. You are at home & the game has turned into a big huge money market. I was caught up in it before I blew my lid, finally.

Thing that is screwed up about writing, I’ve been doing it for a long time, and here I am an unheard of writer. Have you ever heard of me? Well, I started writing in 2010 maybe. i wrote for a small sport writing firm, if that is how we will describe it. The place allowed me to write enough to cover a book size, small granted but was a very important topic for the NFL in particular.

Here I am, on the eve of the dates I said it would be edited updated; the records of what i wrote are gone. I sit here with the original memory card, some jackass was screwing around with it & snapped it. The last thing I did to destroy all my records of my own work, without some kind of weird recovery, I spilled pea juice onto my old computer.

There have not ever been more real obstacles.

So, I also had interesting articles & just had the most unreal time ever. I have written for several many different forums pretty much like this one here. They attacked me anonymously &, the places allowed people to do that after I wrote for them, as a gesture of good faith in writing I guess. Because nobody ever approached me after years & years of loyal hand written work.

People would not always argue it was poor work & praised it sometimes. Other times, they would chastise me over 1 report, & I’m like “dick, I wrote 300!” ha, ha, ha! Laughable. I swear if you didn’t laugh sometimes you’d crack somehow.

So Madden took all my money, writing took all my time & kicked me around in time to where now I just am looking for a quick pass. I guess a positive note would be knowledge & other things learned. Not a complete waste of my time.

Madden has always been able to keep football loving people updated consistently, & up to par with other fans of the NFL whom get their knowledge pretty much from reporters & written reports, or other updates. Madden is that key to everything from NFL Media.

I had been attacked on both sides before, Madden & from my reports.

As I get ready to do some intense workouts, speaking of NFL & football in general, this will be a way I will be taking out my anger. I will be making an obstetrical course & if I get caught up in it, I do not know if I will want to write anymore. Ultimately looking at years of waste of my time & life, writing & playing a video game, I’d have to say more cons have appeared.

I will be looking to getting back outdoors. Either will move back to Oregon my home State, or will find a complete workout system to keep me busy. Gardening is good. I am a very highly qualified farming type of gardening person, & have shaped my garden skills towards farm agriculture. Plan is to grow vegetables & fruit so well, flowers & other wanted plants will blossom. Do well.

I have already stopped playing Madden, a game I been playing since 1990, early back then sometime. Then move on and stay away from things & places people can stab me in my back, hopefully is the plan.

I used to have some great ideas about the NFL, & just great vision with some of my reports. That could be another reason I will only more than likely be making small contributions. Other than that, I really do not know how anybody will be able to make way in the world without taking their own skills to an independent level. 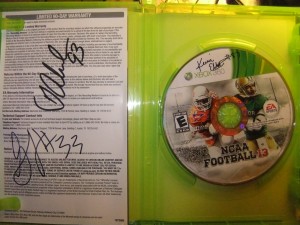 I am sorry about making some people look like assholes. We all know you are not complete assholes.

Last thing I did with my xbox was smash it to pieces. That game made me so angry, I knew it was taking my money on a abnormal scale, time & became no fun as a result also. You must play other people, not a season strategy game anymore, or at least there was no way to earn their stupid coins a a grand scale without creating multiple email accounts & trading to yourself, which basically split up your resources anyway.

People want to rip you off in order to get anywhere on that game, so screw it.

Credit all authors of images used in both article and as cover image : Sir Chris Colum Anonymous