Same old, same old. The problems of this season have been plainly laid out, and on Tuesday night, these problems came to the fore again as Liverpool could not find the net during the 120 minutes played. Adding onto the remaining 30 minutes of the first leg after Raheem Sterling’s brilliant equaliser, the Reds had almost two and a half hours to find a vital second against Jose Mourinho’s Chelsea.

Some will point to the misfortune of Steven Gerrard’s shot hitting the Anfield post, or Adam Lallana’s rasping volley finding the finger tips of Chelsea goalkeeper Thibaut Courtois; even Philippe Coutinho having his low placed shot finding Courtois’ feet, or Alberto Moreno’s high shot lacking enough power to beat the palm of, yet again, that Belgian shot-stopper. Simply put, Liverpool had almost 30-odd chances in both legs compared to a handful for Chelsea, and yet Brendan Rodgers’ men could not add just one more goal, even if to force penalties.

Mario Balotelli seemed to have walked out of the last chance saloon at Anfield, while Gerrard’s performance was one of the worst that Reds fans have seen for quite a long time. Some might even point the finger at the referee for not taking either chance of sending Diego Costa off for two blatant stamps, but at least one positive that can be taken away from this loss has been the superb display by Belgium’s other goalkeeper, Simon Mignolet.

However, for all of Liverpool’s inadequacy in front of goal, only one man should bear the blame for this 2nd leg loss. 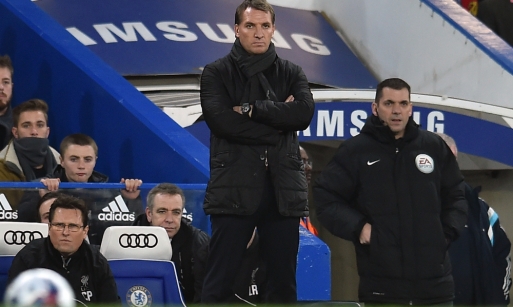 With the first leg out of mind, one has to focus on how the game at Stamford Bridge was lost. The first half saw Liverpool play at a high tempo, pressing Nemanja Matic well and forcing a few errors from the Chelsea back line. Sterling had a chance to square to a free Gerrard in the middle, while Moreno’s aforementioned chance was from Gerrard’s exquisite through ball; neither could convert, but they at least gave Liverpool heart that a goal could arrive.

Then it all unravelled in the second half, and for all of Rodgers’ tactical ingenuity for the past two months, the Northern Ireland manager has to be at fault for the team’s subsequent failure to break down Mourinho’s disciplined side. The first player to be brought off, Lazar Markovic, was an understandable one, seeing how the Serb was struggling defensively and offered little going forward. But why was Balotelli brought on? The Italian hadn’t seen action for weeks now, and was even criticised by Rodgers for not suiting his preferred high press style. And if Rodgers preaches meritocracy in the selection of his teams, shouldn’t Adam Lallana, or maybe even Rickie Lambert, got the nod to come on ahead of the Italian? The axis of Sterling-Lallana-Coutinho looked to be doing well and linking up brilliantly, even if Lallana had a poor game against Bolton. It is puzzling why Rodgers didn’t give that a try first.

Prior to the Balotelli substitution, Glen Johnson was brought on for the injured Mamadou Sakho. Johnson was tasked with playing left-side centre-back. First, Johnson’s a natural right-back, and Rodgers’ apparent desire to see him play right-sided centre-back might be fair, but why put Johnson in a further unfamiliar role at the left of the defensive trio? What a vote of confidence that was for fellow substitute Dejan Lovren. Fair, the Croatian defender has been poor all season, but in this circumstance, he is naturally a left-sided centre-back and would have slotted in. Sure, Lovren might have turned another poor performance against Chelsea’s dangerous frontmen, but at least he was given another chance to prove himself. And the fact Lovren cost so much, surely should mean he gets to play in his natural position ahead of a full-back when the first-choice succumbs to injury.

Branislav Ivanovic scores the tie’s go-ahead goal for Chelsea in first-half extra time, so Rodgers has to react and use his last substitution for the second half of extra time. Throwing on Lambert seems a logical choice – for his aerial threat. With Balotelli already on the pitch, Rodgers was certainly unwise to take off Moreno. With two arguably big men up front in Balotelli and Lambert, Rodgers required some width, that could possibly provide enough crosses for both strikers to try to feed onto. Instead of staying with a pure back three with Lucas and Jordan Henderson acting as midfielders-cum-auxillary-full-backs, Rodgers should have deployed a back four, with a fresh Johnson and Moreno, who is 22 years old and surely has enough in reserve, to provide the width at wing-back. The next mistake committed is playing Balotelli and Lambert so far apart from each other, with the Italian almost acting as an inside-left forward. Rodgers should have simply reverted to his other successful formation, a 4-4-2 diamond, with Gerrard reverting to his role as quarter-back, Henderson and Coutinho either side with Sterling at the tip of the diamond. This would have resulted in Balotelli and Lambert playing as pure centre-forwards and playing much closer to each other.

When Moreno was chosen over Lucas to be sacrificed for Lambert, with the Brazilian instead forced by Rodgers into playing as a wing-back, that was where most of the Reds’ late forays forward broke down. In essence, Liverpool lost the battle with Rodgers’ second substitution, and subsequently lost the war with his third change. 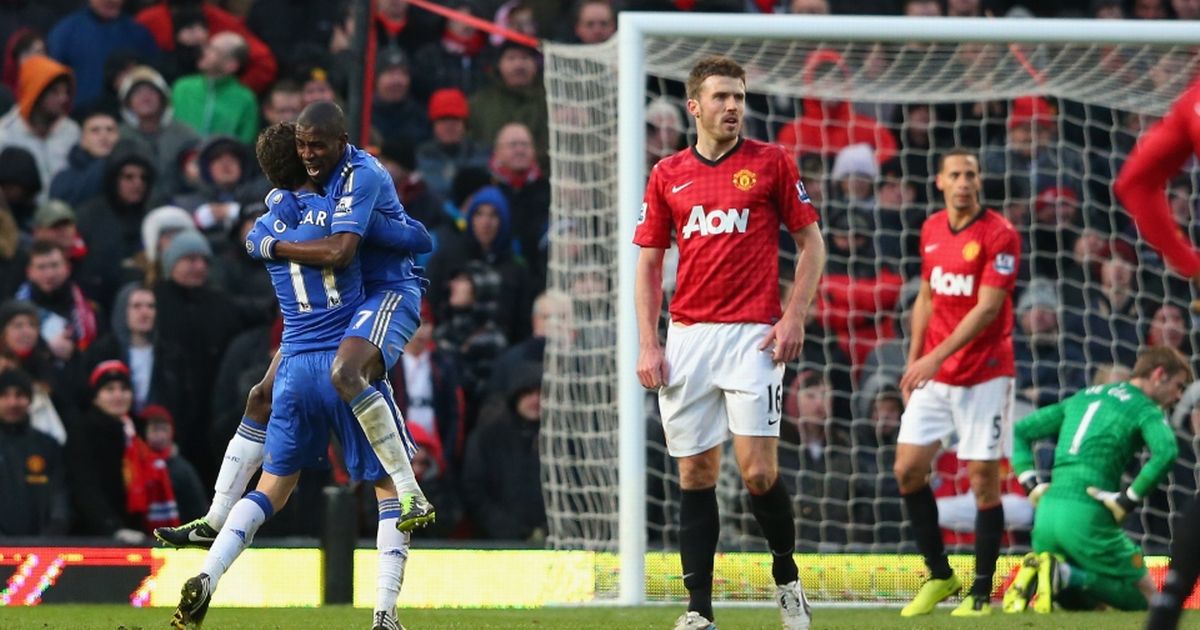 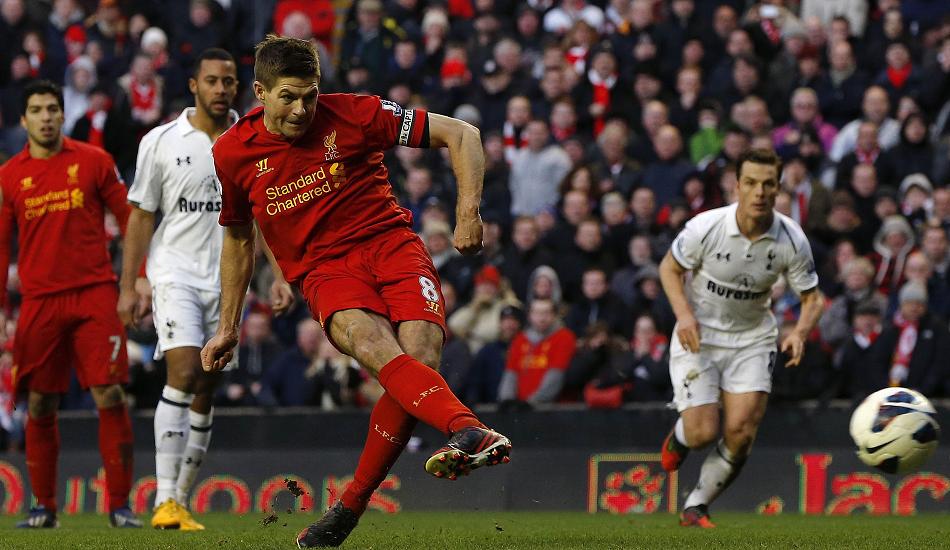 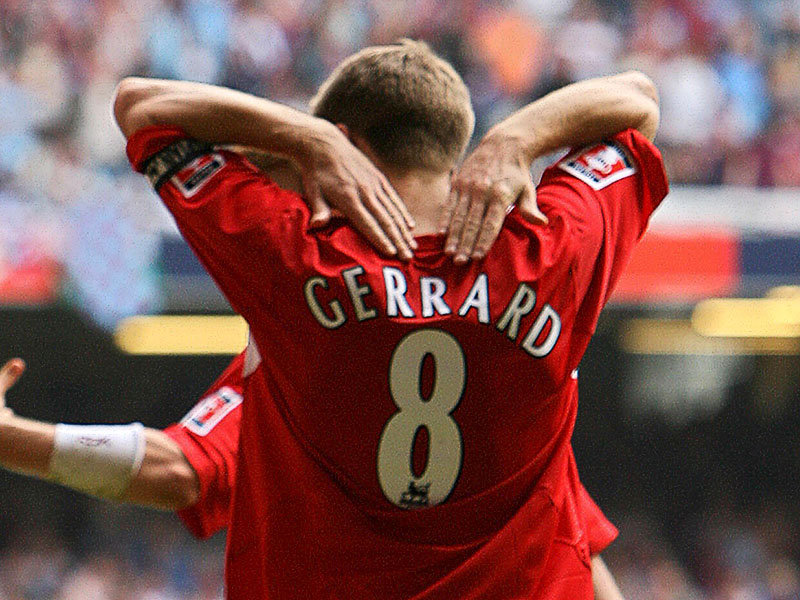