Over and Under Reactions Heading Into Week 7 of College Football

AK: USC Head Coaching Position – First, I’ll start with I hope Coach Sark gets all the help he needs. Going from there though I believe this job has lost some of the luster.  If it hadn’t, they wouldn’t be looking for their fourth coach since 2010.  I just don’t see any merit in the speculation that NFL coaches will leave for this job or even another Power 5 coach who is at a successful school (yes, I am talking about the Brian Kelly rumors).  USC is still a big-time program, but it is no longer the “it” program of college football.

AK:Stanford – This is coming after the Thursday night thumping they gave to UCLA.  Sorry Cardinal faithful, the playoff won’t be calling your name this year.  Yes, you look much better now than you did losing to Northwestern, and yes you did find your run game.  But you just beat a UCLA team with a suspect defense and a Freshman quarterback.  Feel good now and you may even get to the Rose Bowl, but if the playoff is the end goal, not going to happen Stanford.

SM: UTAH – I am not a believer!  The Utes have been on a good run.  But, the Sun Devils upset the Bruins two weeks ago and continued to roll past Colorado.  Utah is vulnerable.  They rely too heavily on Booker to put up yards from scrimmage.  The Sun Devils, if they play their cards right, should come away with a victory and another upset of a top ten team.

SM: Owusu’s Catch – It was a great catch.  He was able to pin the ball against his defender all the way to the ground.  It was a momentum shift in the game.  I think it compares to the catch David Tyree had for the Giant’s in that one Super Bowl.  It also is one of those catches that involves a lot of luck.  He saw the ball, slowed down, his defender was in his face, the ball hit his hands and the receivers back, then he blindly pinned it against him.  I am being a hater, but Owusu’s catch was more luck than skill.

AK: Memphis – When your quarterback has not thrown an interception all year, you are undefeated, and you are unranked.  Those three things make for a gigantic chip on a team’s shoulder.  With a HUGE test coming against Ole Miss this weekend, it may not be the cakewalk Ole Miss fans think it is.  I am not going to sit here and say Memphis will take the victory, but I will say I believe this will be a much better game than most bargained for when the schedule came out.

AK: Michigan vs. Michigan St – Sure, it isn’t Michigan vs Ohio State but it is the best barometer for both teams that we have had all season.  Not to mention it’s a rivalry game for two teams we all want to see hate each other again.  Rivalries are just more fun when that is the case.  I would also like to remind everyone that Michigan hasn’t given up a point in 3 games.

SM: Head Ball Coach – You will be missed Steve Spurrier.  Wherever he went, he had success.  Duke, Florida, South Carolina; the old ball coach won ball games.  You can look at his departure a couple different ways.  Whether he is the old man that gave up on his team halfway through the season or the coach that had the awareness that his time was up.  Either way, he will always be the Head Ball Coach.  Congrats on a great career Coach!

SM: This Saturday – This will be a big momentum weekend for a number of teams.  Bama – A&M, Michigan – Michigan State, Florida – LSU, Iowa – Northwestern, USC – Notre Dame, and the list goes on.  Title hopes will be solidified and erased, teams will be moving in the right direction and coaching changes will come to question.  I love all of it.  Sports! 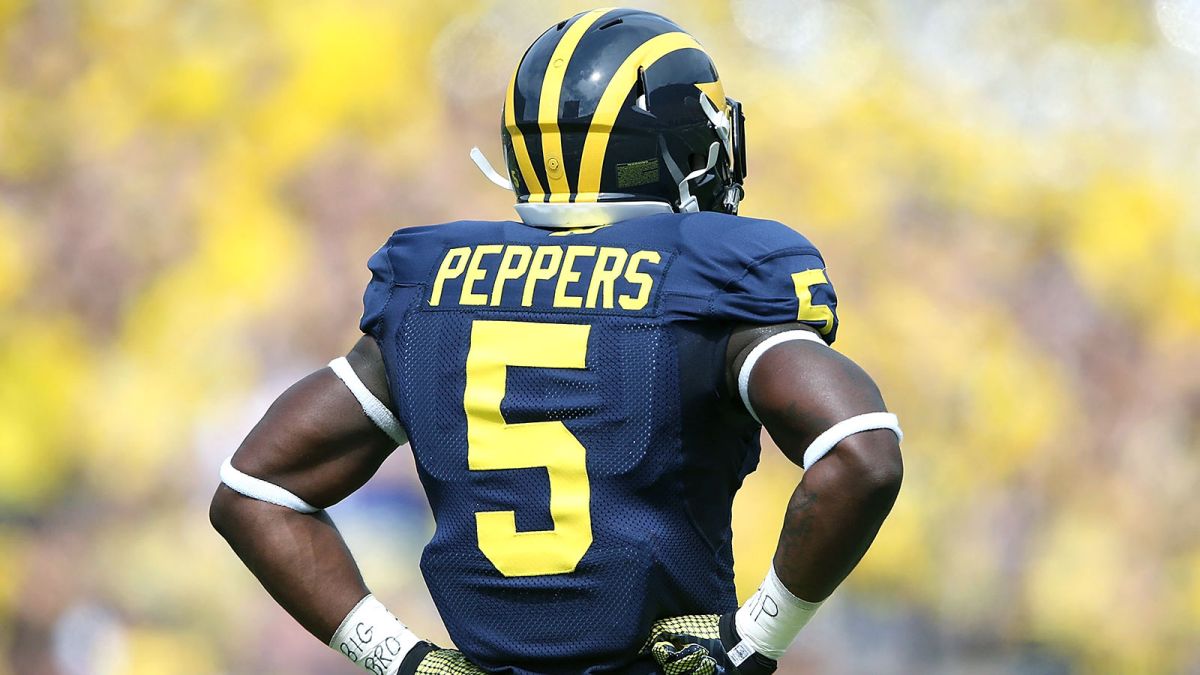 Jabrill Peppers is unhappy with the lack of money that the NCAA gives him, and athletes everywhere, to buy food. Peppers even goes on to compare himself to an indentured servant. Idk how the NCAA thinks we supposed to eat right with these lil indentured servant checks they give us..I Should’ve stayed in the dorms […]