It has been a wild week for professional hockey player John Scott. With the NHL All-Star game quickly approaching, he was voted for by the fans and rose to the role of captain for the Pacific Division team. He graciously accepted the honor and seemed to see the humor in the situation, knowing that he was not chosen for his goal-scoring abilities.

With little warning, that title and Scott’s status in the league became the source of much controversy when he was traded from the Arizona Coyotes to the Montreal Canadiens and was immediately sent to the Canadien’s AHL affiliate, the St. John’s IceCaps. 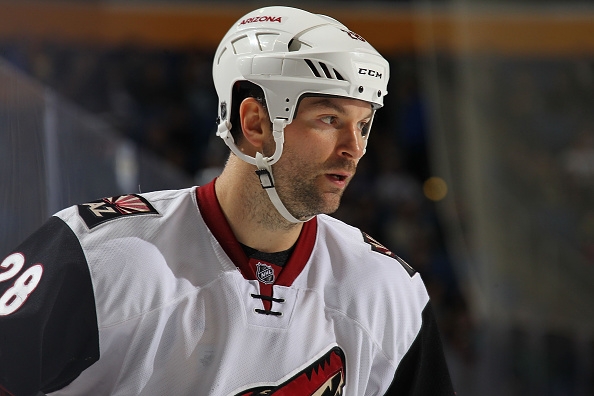 In a whirlwind of events, the captaincy and potential vacancy on the Pacific Division All-Star team came into question with very little acknowledgment by the league. Canada’s The Sports Network reporter Bob McKenzie shared on Twitter that both the Coyotes and the NHL had requested he not participate in the game.

The fans voted. The fans are what drive the success of the league. When the NHL allowed the fans to choose, surely they did not expect these results, but alas, the captains were chosen. Although no one could have predicted the pandemonium that ensued, there was an excitement building around this game that stemmed from Scott winning the fan vote competition.

The All-Star game is meant to be fun and lighthearted. The Penguins’ Sidney Crosby, who is arguably one of the most prominent faces of both the NHL and Canadian National team, was excluded from the game. Blackhawks goalie Corey Crawford will not be playing despite having two Stanley Cups under his belt and six shutouts for the season. Crosby and Crawford are two players who could have easily been a part of this event, but are not.

The NHL was not saving face with the uncertainty surrounding the Scott situation. The All-Star game is a playful, friendly competition. The friendly atmosphere was crumbling at the hands of the Coyotes and the Canadiens, and the league took its time to make a decision in a less-than-favorable circumstance.

Fans wasted no time in sharing their feelings on the unexpected trade. Soon, the backlash for the handling of this story by the NHL had spiraled out of control. Social media was burning up with calls for more transparency about Scott and the suspiciously timed trade. The fans were outraged, using the hashtag #FreeJohnScott to start a movement supporting Scott in his once-in-a-lifetime opportunity.

While the NHL has ultimately decided that Scott will be allowed fulfill his duties as captain of the Pacific Division for the January 31 game, the events so far leading up to it have made fans question the NHL and their intentions. The resounding message is one of distrust for the league in treating its players and fans fairly and respectfully. But the fans got what they wanted, and whether they like it or not, the NHL should be grateful for the support of their players and fans alike.

Credit all authors of images used in both article and as cover image : Amanda Friedman