This mock draft is being put together the day of the 2019 NFL draft. We created our mock based on team needs and our personal liking to how the player fits with the team that drafted him. Let us know what you think!

Jonny Wood: Quinnen Williams, DT, Alabama Analysis: Williams will be an All-Pro player and play in the NFL 12-15 years.

Analysis: The Jets could use Allen rushing the passer after free agent Anthony Barr decided to remain in Minnesota.

Jonny Wood: Josh Allen, Edge, Kentucky Analysis: Allen can play with his hand in the dirt or as a standup rusher in a 3-4.

Oakland Raiders- Scott Mikulski: Quinnen Williams, DT, Alabama Analysis: Williams is too dominant against the run to pass up.

Analysis: Jon Gruden’s patience pays off and he gets the quarterback he wanted.

Analysis: Middle linebacker Kwon Alexander bolted in free agency and White would fit the bill as an excellent replacement in the middle of the Bucs’ linebacker core.

Analysis: The Giants need to draft the heir apparent to quarterback Eli Manning, but pass for a defensive lineman who underachieved in college.

Analysis: Taylor gives the Giants a strong left tackle to protect the quarterback for years to come.

Analysis: Look for the Jaguars to protect their investment in new quarterback Nick Foles. Taylor moved ahead of Jonah Williams after the combine.

Analysis: The Lions can use an edge rusher to play opposite free agent signee Trey Flowers. Burns gets the nod after an excellent combine.

Analysis: Quarterback Matt Stafford gets a security blanket in Hockensen.

Analysis: Oliver is a motor in the middle of the defensive line who is strong asgainst the run and can still administer sacks.

Analysis: The Bills get a top five talent who can get to the quarterback from the middle of the line.

Analysis: Bush can play all three linebacker positions and would breathe fresh air into a stagnant Broncos’ defense.

Analysis: While drafting Lock as the future franchise quarterback is tempting, the Bengals go with Dillard who many consider as the top left tackle in the draft who started 39 games his last three years.

Analysis: Bush will be an excellent replacement for the departed Vontaze Burfict.

Analysis: Hockenson, a mismatch against linebackers and safeties, is an upgrade over Jimmy Graham who has fallen quicker than the Titanic. He could be used very similarly to the way the Eagles use Zach Ertz.

Analysis: The Packers need an edge rusher like Burns to help their defense.

Analysis: Wilkins is coming off a national championship and is a 315 pounder who clogs the middle of the defensive line.

Analysis: Wilkins will bring a winner’s mentality to Miami.

Analysis: Sweat drops after his heart condition is discovered.

Analysis: Atlanta gets an edge rusher who they are hoping plays to his potential he flashed as the number one recruit out of high school.

Analysis: With Lock off the board to the Broncos at 10, the Redskins get who many believe to be the top quarterback in the draft.

Analysis: Carolina has many holes to fill, but head coach Ron Rivera is a former defensive coach who knows a good pass rush leads to a dynamic defense.

Analysis: Dillard is the kind of tackle Cam Newyon needs to protect his blind side.

Analysis: After passing on a quarterback at six, the Giants grab Jones, an Eli Manning clone, with a cerebral football-mind and strong mechanics.

Jonny Wood: Cody Ford, OT, Oklahoma Analysis: Ford is a strong tackle who will help the Giants continue to revamp their offensive line.

Minnesota Vikings- Who they will select: Jonah Williams, OL, Alabama

Analysis: The Vikings are looking to shore up their interior offensive line and allow running back Dalvin Cook to run more north-south. Williams has played tackle in college, but could be better served playing guard in the NFL.

Analysis: Williams is a strong player who is determined to play tackle in the NFL.

Analysis: It is time to replace Delanie Walker and add another weapon for quarterback Marcus Mariota.

Analysis: Fant is arguably the best tight end in the draft.

Analysis: The Steelers defense needs to improve their secondary.

Analysis: The Seahawks get a steal nabbing Sweat at 21,

Analysis: Quarterback Deshaun Watson was sacked 62 times and needs an upgrade to protect her blindside.

Analysis: Bradbury will be a significant upgrae to the interior offensive line of the Texans.

Analysis: With Beast Mode retiring for a second time this week, Jacobs gives the Raiders a three-down back.

Analysis: The Eagles get the best receiver in the draft.

Analysis: Adderley adds a much-needed ball hawker in the secondary.

Analysis: Chucky gets immediate play and plug starters at DT, RB, and CB in his second season back in the NFL.

Analysis: Another strong pick for the revamped Raiders.

Analysis: The Chargers need to provide further protection for Philip Rivers if he is to appear in a Super Bowl before he retires, but Lawrence’s powerful body in the middle of the defensive line is too good to pass up.

Analysis: Gardner-Johnson is the heir-apparent to the departed Eric Berry.

Analysis: The Packers strike gold adding a WR and TE to the game’s top quarterback.

Analysis: The Rams were schooled in the secondary last seasondespite having Marcus Peters and Aquib Talib.

Analysis: Tom Brady gets a strong receiver who can stretych the defense.

And that’s how we see it! 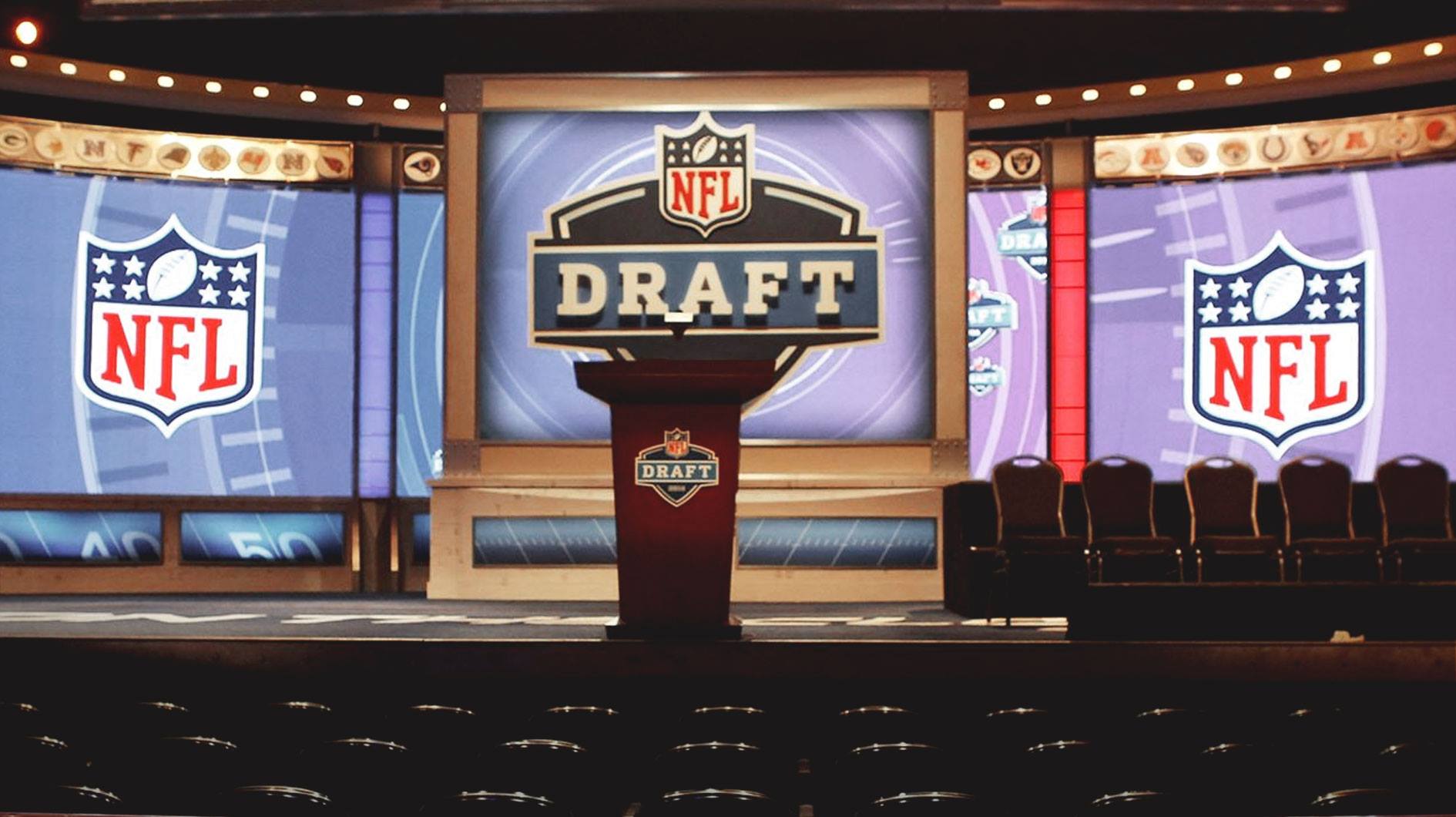 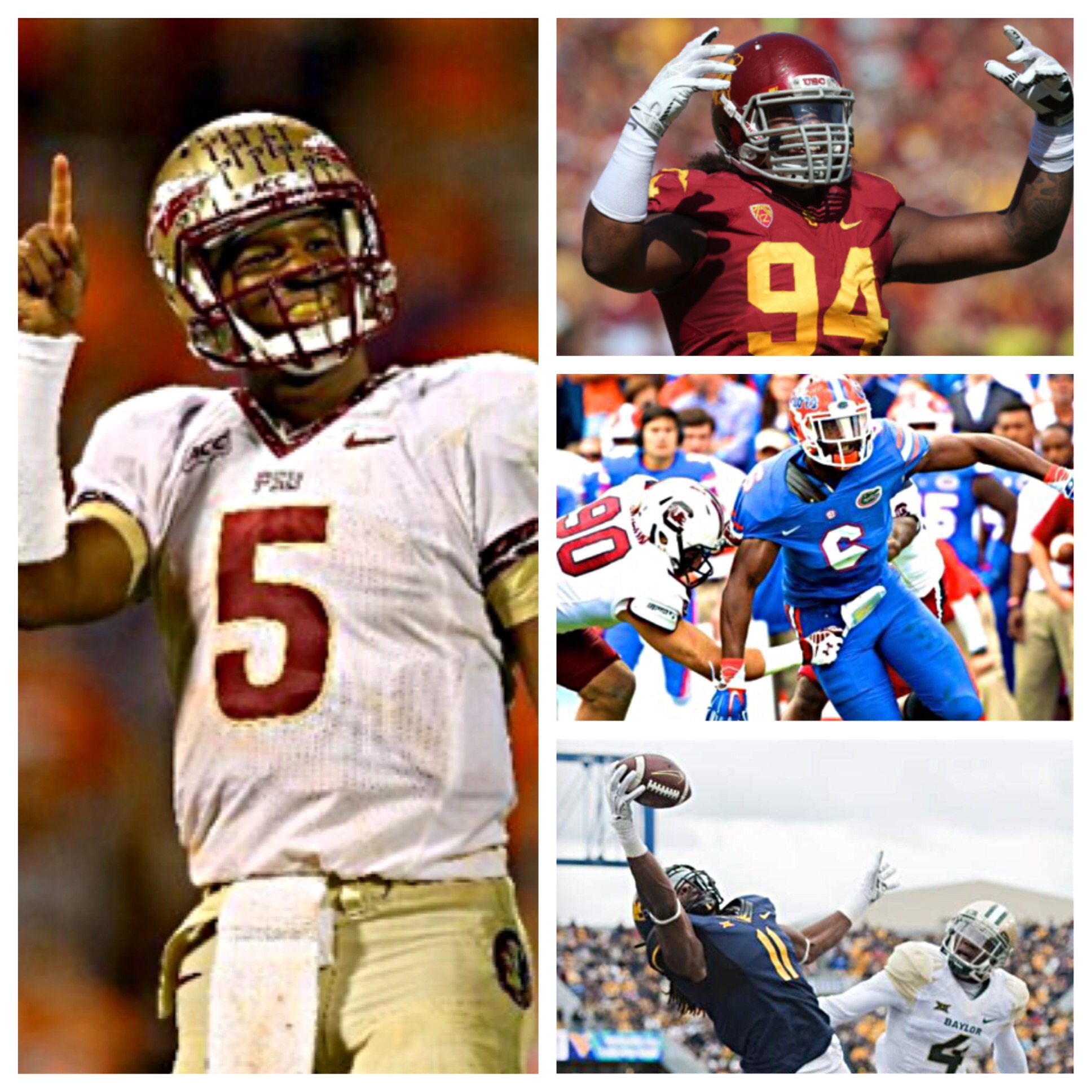 After the combine and after some franchise tags is where I like to kick off some mock drafts. The combine has come and gone and there were some risers and and guys who are falling. If you didn’t read the risers of the combine take a look before reading this (Combine Risers). For the most […]