Thank the basketball gods and the Cavaliers that they won game 2, now we have a series on our hands. It is going to be crazy in Cleveland tonight but highly unlikely that Curry goes 5-23 from the field. Klay Thompson went 14-28 and played his best game of the playoffs on Sunday. Steph Curry’s total points is at 28 take it at -115, he is going off tonight. Players like Curry have short memories, he is going to drop at least 30 tonight. His made threes is 4.5, and it is even take that too, to get to 30 pts, he is going to need to hit threes.

LeBrons total points is at 35 and -115, scary to think he will drop at least 36 again but I can see it happening, I wouldn’t take it though. 8.5 points in the first quarter is very high, when LeBron is super amped he tends to go out a little to strong. I would take the under at -110, look for LeBron to get his teammates involved in the beginning and get his points in the second half.

Timofey Mozgov’s free throws made is at 3.5, last game he hit 7 and expect Golden State to hack-a Tristian Thompson tonight, that means more minutes for Mozgov. 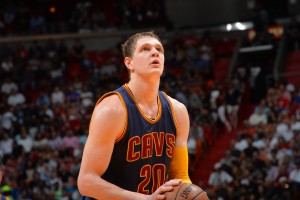 If I could find somewhere to bet on where and if Johnny Manziel is going to be at the game, I would take front row center court. I would even bet that he would be with Drake and take the over, whatever it is on the amount of times he is shown on television, when we all just really want to see Rihanna. 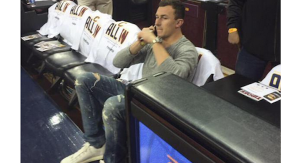