First year head coach, Steve Kerr, has done an amazing job with this group. They were good before with Mark Jackson, but Kerr has brought this team to the next level. There is the obvious back court with Curry and Thompson and their shooting clinics they show, but Kerr has really done a great job with Harrison Barnes. Last year, Barnes was the 6th man on the team and was asked to carry the 2nd group in scoring, when that isn’t in his comfort zone. He is continuing to flourish in the starting lineup this year and is putting in the effort in all facets of the game. They will need Bogut and Lee healthy down the stretch if they want to make a run in the playoffs though, and they have yet to prove they can stay out the street clothes.

The addition of Rajon Rondo was a huge pick up for this Mavericks team. They have 2 defensive minded players in Tyson Chandler and Rondo that bring a toughness to the team and scoring options in Monta Ellis, Dirk Nowitzki, and Chandler Parsons that can carry the top scoring offense in the NBA at nearly 110 ppg. This team has a real chance of making a strong push at the NBA championship this year if they don’t get too beat up in the west.

The Trailblazers had an amazing playoff series last season against the Rockets that really woke up the NBA. Damian Lillard is an all-star caliber player that is capable of bringing the consistent play to carry the team, along with LaMarcus Aldridge. Portland is in the top 10 in scoring offense, scoring defense, rebounding, and assists. They may be the most well rounded team in the NBA next to the Warriors.

When you think of the Clippers, you see Chris Paul throwing alley-oops to DeAndre Jordan or Blake Griffen. They make the highlights reel every single night, but for some reason they can’t get over that next hump needed to push them in the elite category. For having those 2 highflying bigs, they are still only 26th in the NBA in rebounding. I also believe they need a Small Forward on this team for that to happen, and until they get that, look for them to stay in the 4-6 rank in the West.

Kevin Durant and Russell Westbrook need to stay healthy. They have both missed a majority of this season and that is why they are this low. Since they have been back, they are 12-5 to this point and will continue to climb the rankings the longer they play. Their window is closing it seems with those 2 staying in OKC, so they need to make a serious run soon and not let this opportunity go to waste.

The Rockets went from being an offensive oriented team that just hoped to outscore their opponents, to now a defensive team. They are 2nd in the NBA in points allowed this year and 16th in scoring. James Harden seems to run the show again and will go as far as he takes them. Dwight Howard has missed 12 of their 33 games already and he will need to stay on the floor in order to take some of the load off of Harden. Losing Chandler Parsons in the offseason will prove to be a big loss as this season progresses.

I have been feeling like the Spurs were going to be washed up for the past 5 seasons it feels like. They keep coming back and seem to be on top of the West each season, but this time it might actually be true. Yes, they just won the Championship last year, but they haven’t been playing the consistent basketball that we have come to expect out of them this year. Kawhi Leonard and Tony Parker have both missed some time this season, so maybe they will just focus on getting healthy for the playoffs and not their seed and surprise us all one more time.

The Grizzlies started the season hotter than any team not named the Warriors. Since their big win over Golden State mid December, they are 5-5 and in a bit of a slump. They have been getting great play out of Marc Gasol and was an early season MVP candidate. Mike Conley is playing the best basketball of his career and really taking that next step to one of the better point guards in the league. If they want to make a run in the playoffs, they are going to have to revert back to their tough defensive minded basketball and hard nose rebounding. With Gasol and Zach Randolph in the front court, they should be able to go back to their old ways and play from the inside-out.

The Suns may be one of the more unorthidoxed teams in the NBA. They have a plethora of Point Guards on the roster and they are 3 of their top 4 scorers on the team. They should think about trading one of the 3 for a good Center or Small Forward so they are able to get a more balanced attack and improve on the defensive side of the ball.

Anthony Davis deserves consideration for the MVP award and will soon challenge LeBron James and Kevin Durant for best player in the NBA. He is an absolute stud and the future of the NBA and this team if he decides to stay there. Eric Gordon and his bad contract has really hurt this team when he can’t stay healthy and just never turned into the player they thought he would. When his contract is up, they will finally be able to get Davis the help he deserves.

The Jazz do have a lot of nice pieces that I really like. Gordon Hayward is a solid Small Forward in the NBA and Derrick Favors is a good Power Forward, but they are just missing a true go-to player. They have great complimentary pieces on this team, and in order for them to take the next level, they will need to hit the lottery in the draft. Salt Lake City is not a free agent destination so they will need to build primarily through the draft.

The Nuggets are similar to the Jazz in that they have a lot of really good complimentary players but no go-to player that they can lean on each game. Kenneth Faried has proven on the USA team that he can be a really effective player, but he is mainly an energy guy who will play tough defense, run the floor, and get rebounds. They need to continue to get lucky in the draft as well if they want to take the next step.

The Lakers hands are tied because of Kobe Bryant and Steve Nash’s contract. They went all-in a few years back when they signed Steve Nash and Dwight Howard with the thought of keeping the dynasty rolling. That idea backfired in a major way and they are now in a position where they have not been in a long time. It’s really unfortunate to see Kobe Bryant go out this way because he has given so much to the game and deserves a better ending. 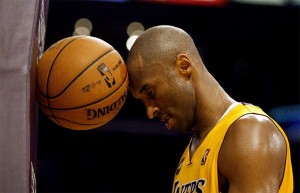 At the beginning of the year, the Kings seemed to have turned the corner. They were playing well and above .500 through about 10-15 games, and then DeMarcus Cousins missed some time. They lost a few games and then fired Mike Malone after an 11-13 start. The players really seemed to like Malone and since then have gone 3-7. Cousins is a beast down low and one of the best centers in the NBA. I’m not a huge fan on Rudy Gay because I think he is a ball stopper on offense and ruins the flow. With that said, he is having one of his better years in the NBA. Collison is having his best year in the NBA and may have found a home after going from team to team. Ben McLemore is also rebounding well from a subpar rookie season and is much more consistent on both ends of the court.

The Timberwolves have had a rough year this year. Rubio, Martin, and Pekovic have all played under 10 games this year due to injuries so they have had to rely on a lot of their really young players. Andrew Wiggins is beginning to learn how to bring a consistent effort each and every night, and his numbers are starting to reflect it. He was just named back to back Rookie of the Month Awards for the first time in Timberwolves history. It would be smart for the Timberwolves to play through Wiggins and let him play through mistakes, because he has the potential to carry the franchise to heights they haven’t seen in a decade. Once the three veterans return from injury, look for this team to be more competitive and even knock off some top tier teams.