The NBA Draft is hours away and of course I had to release my second annual Mock Draft. This 2016 draft class is heavy with depth although aside the top few picks lacks the superstar talent lottery teams crave to see. It was difficult to project who goes where for that reason but nonetheless, here it is.

Drafting D’Angelo Russell at No. 2 last season set the clear direction of this Los Angeles Laker team moving forward. Adding a talented wing prospect in Ingram would certainly upgrade the Lakers at small forward as they primarily relied on Kobe Bryant, Nick Young, Metta World Peace and Anthony Brown in 2015. The sharp shooter can create another reliable weapon from deep, and new head coach Luke Walton will have himself a nice roster plentiful of youth.

General Manager Danny Ainge once again puts the Boston Celtics in an intriguing position heading into the 2016 NBA season. After a rather quick turnaround amid the separation of Boston’s initial big-three, they have a stockpile of guards, expiring contracts and draft picks. There have been rumors of the Celtics’ desire to acquire Philadelphia 76ers 2015 first-round pick Jahlil Okafor for the No. 3 pick prior to Thursday night’s draft, although Okafor’s big-man upside is something this draft class lacks. Although Boston is plentiful with guard play, they are a playoff team and expect to compete in the Eastern Conference in 2016. Dragan Bender, Jaylen Brown, Buddy Hield and Jamal Murray all offer great potential, however this team is young and the Celtics don’t want to be patient entering the season. I think they make the first big move of the 2016 NBA Draft  by selecting Providence point guard Kris Dunn. The 22-year old can immediately make an impact and has the Boston style of play and mentality. Perhaps the most physical guard in the draft, Dunn’s size (6-4) provides him the ability to match up and defend at the NBA level right away. Although Isaiah Thomas, Marcus Smart, Terry Rozier and Avery Bradley all are on the roster, it’s easy to assume Danny Ainge wants to trade the pick, and Philadelphia has reportedly targeted Kris Dunn in trades to re-enter the top-half of the lottery. By the Celtics nabbing Dunn, they can hold a valuable chip that the Sixers would truly covet and could potentially help Ainge’s lust for Okafor or Noel. Worst comes to worst, the Celtics end up with the No. 3 ranked prospect in my opinion, and a point guard to pair up with Isaiah Thomas.

Chriss’ rise in the 2016 NBA Draft has been nothing short of miraculous. He would become the first freshman drafted in the top-ten without being a top-50 high school prospect. His versatility and potential has skyrocketed him up draft boards, surpassing international prospect Dragan Bender. Chriss’ instinctive habits on the offensive glass is impressive and he also shot a stellar 35 percent from deep in his lone season at Washington. He’s an ideal P&R player due to his abilities to easily catch lobs or step out and hit the three. He can finish in transition and seems to be more NBA ready than Dragan Bender, who will also be under heavy consideration for the Suns. Eric Bledsoe and Brandon Knight needed a big man who can be efficient defensively who also could hit shots and space the floor. Chriss is a versatile player that should pair nicely with center Tyson Chandler and give Phoenix another solid player.

Jaylen Brown was up there with Ben Simmons and Brandon Ingram as the nation’s top recruits in 2015, although Brown struggled to adjust as fast as the others. The physical elements are evident when watching Brown’s tape but his unreliable shot and inconsistencies were apparent just as much. It’s not to take away from Brown by any means as he also shined at times offensively, however the holes in his game stood out much more compared to the other elite prospects in this draft class. The upside from this player is real and Brown is a lock to be a top-ten pick, maybe even a  top-five pick come draft day.

The Minnesota Timberwolves find themselves in the mix for a top-five pick yet again to add another piece to their young nucleus. Andrew Wiggins and Karl-Anthony Towns are clearly the foundation of the team while players such as Zach Lavine, Ricky Rubio and Gorgui Dieng contribute behind them. Head coach Tom Thibodeau spoke about the team’s priority heading into the draft with the No. 5 pick.

“Work ethic, intelligence, drive, all those things and putting a premium on the shooting,” Thibodeau said. “Those are just some of the things that we’re looking at. But more importantly, how they fit in with the team.”

The team needs consistent perimeter shooting and Kentucky’s Jamal Murray and Oklahoma’s Buddy Hield can provide that better than anyone else in the draft class. It’s a toss up as both of the players have high floors and Thibodeau would love a player like Hield, but Murray has the offensive “it” factor that they need with greater potential. Hield, despite improving his play each season in college, doesn’t have the ceiling of Murray and the Timberwolves are a team still building for the future.

The New Orleans Pelicans are only season removed from winning a playoff game against the 2015 NBA Champion Golden State Warriors. After a disappointing 2015-16 NBA season, the Pelicans look to rebound with a high lottery selection to pair up with Anthony Davis. Davis ws faced with injuries throughout the duration of last season as were other starters Jrue Holiday, Tyreke Evans and Eric Gordon. Ryan Anderson and Eric Gordon are both free agents, although Anderson is expected to be back after another good season. With Davis, Omer Asik and Alex Ajinca under contract for future seasons, the Pelicans could add some depth at the guard position and Hield is a great fit. Health is key for this backcourt moving forward and Hield can provide pivotal shooting that.

The top-international prospect of the 2016 NBA Draft class is yet again only 18 years of age, but offers such a high ceiling it will be tough to pass him up for any team. Despite his limited playing time overseas, scouts are enamored by the seven-footer’s mechanics and mobility. Pick-and-Rolls will be deadly as the Croatian could easily step out to the perimeter if the space is given to knock down a shot. Giving the young fella some time to learn behind Kenneth Faried and other younger players in Nikola Jokic and Joffrey Lauvergne. Bender will certainly need time to develop, but would be a solid fit that the Denver Nuggets would be pleased to see be on the board at No. 7 overall.

It’s difficult to fathom that Jaylen Brown, who was included with Simmons and Ingram going into the 2015 NCAA season, could potentially fall this far in the draft. The physical profile of Brown is so profound that he has the potential to be a true superstar in the NBA. The Kings would like to add a player with Brown’s caliber at No. 8 and he could get some decent minutes behind Rudy Gay in the upcoming season. Gay is a player who has heard his name tossed around in trade rumors the last several years also, so don’t rule out the possibility of Brown starting before Gay’s player option kicks in after next season. Aside DeMarcus Cousins, the Kings are rather lackluster in the star-power department so Brown would be a wise pick if he’s available.

The Raptors are going to have trouble paying Bismack Biyombo this summer and that leaves limited depth at the two big man spots. Between Sabonis, Henry Ellenson and Jakob Poeltl the Raptors will select someone who will have a role from the get-go. Sabonis shot an amazing 35.7 percent from three while averaging  over 17 points and just under 12 rebounds per game. Sabonis would come in and battle for a starting spot as of now with veteran Patrick Peterson, although it’s likely they try to corral a quality big man in free agency without overspending.

The Bucks have options at No. 10 overall and have reportedly been planning to shake up their roster this offseason as well. With head coach Jason Kidd’s plan to play Giannis Antetokounmpo at the point forward position more frequently this upcoming season and the rumors surrounding the possibilities of trading Michael-Carter Williams and Greg Monroe, it’s difficult to assess what the plans are. Going big or adding point guard depth would make sense for them and I think they roll with the best player on the board and snag Jakob Poeltl. A big guy with a pure shooting stroke that should expand to the three point line with time and experience. He plays solid defense and has a natural tendency for the game, proven by his IQ.

The Magic aren’t on the verge of contending but also aren’t the bottom-seeded mess they’ve been since the departure of Dwight Howard years ago. Labissiere will need some time to develop and Frank Vogel had success with Myles Turner in his rookie campaign last season, another prospect who was expected to experience growing pains. Playing behind Aaron Gordon and Nikola Vucevic will give the Kentucky prospect some time to grow and should get some decent playing time by the season’s end.

The sharpshooter from Turkey is expected to be among the top shooters in the 2016 draft class and Atlanta can certainly use him. Although Kyle Korver remains on the team, he experienced his worst shooting season in years and couldn’t find any sort of consistency. The team, who also traded veteran leader Jeff Teague today, has a number of free agents to bring back and Korkmaz would be a nice filler for a player like Kent Bazemore if he were to leave. Al Horford remains priority number one for this team, and adding a decent shooter could make it a bit easier for Horford to return.

One of my favorite “sleepers” is Hernangomez and he’s another player to see his stock soar as the draft inches closer and closer. A high ceiling in terms of potential is something this young man doesn’t lack and he looks to add an offensive player in a system catered to defense under Earl Watson. Pairing him up with Tyson Chandler should be an interesting fit, and if the Suns keep both Eric Bledsoe and Brandon Knight, this should be a fun team to watch moving forward.

Amid the Derrick Rose trade the Bulls look to add another point guard. Although a big man is what I think the team should do, Murray is a talented prospect that has rare capabilities to run an offense. He will need time to grow but with Jimmy Butler as the No. 1 man in Chicago, Murray should fit in nicely and play his kind of game with this Bulls offense. 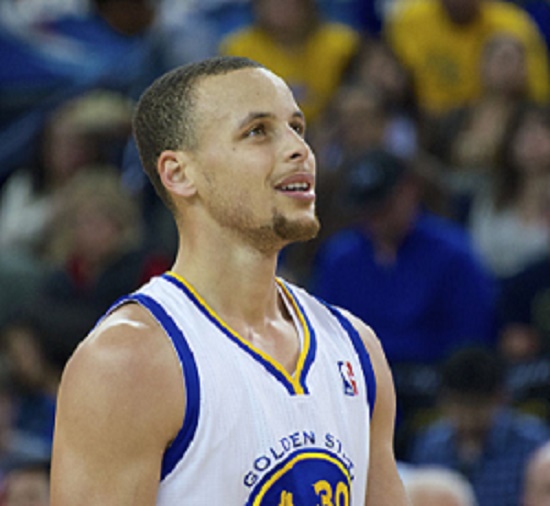 Not every NBA draft pick turns into a Hall of Famer, a five-time all star or even a starter. A lot of making these picks is just luck. However, there seems to be one team who just cannot seem to get it right. The Minnesota Timberwolves seem to manage to blow the draft worse than […] 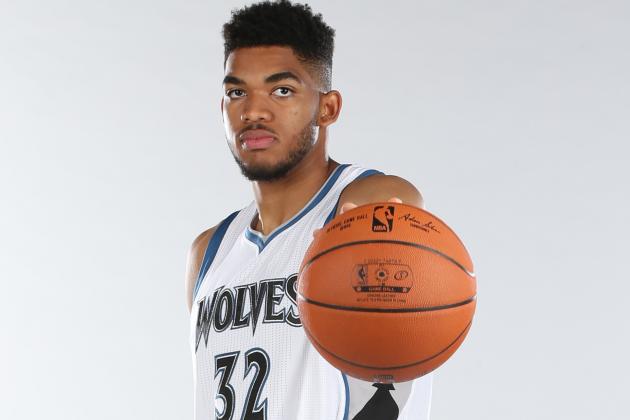 Every year, the NBA draft represents the hope and resurgence of an NBA franchise to its devoted fans who desperately cling to the idea that a 19-year can one day grow into a perennial All-NBA player.  However, many times that hope is soon lost as players fizzle, GMs make silly trades, or a player simply […] 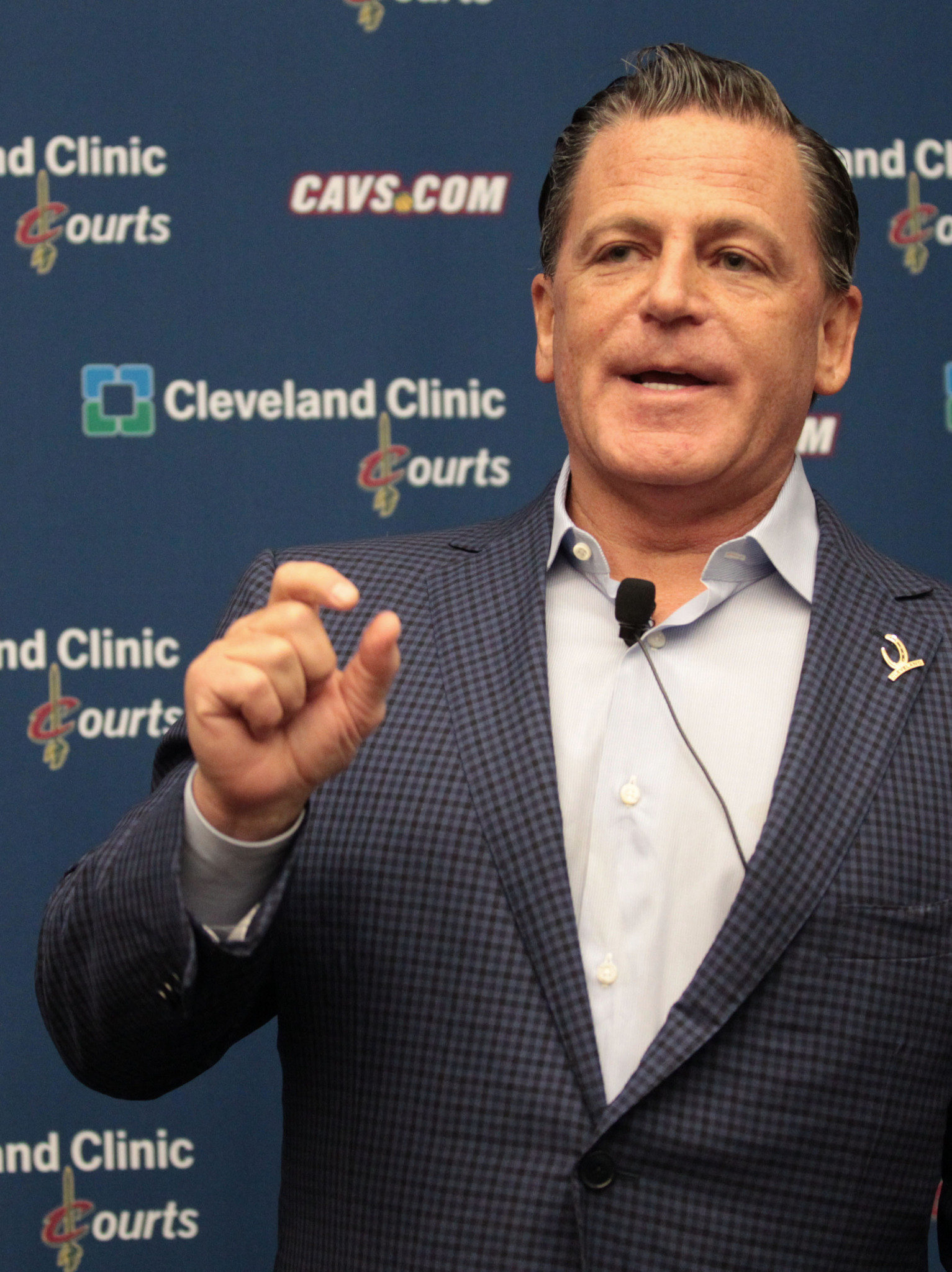 The Cleveland Cavaliers are coming off of a phenomenal 2014-15 NBA season, despite losing the NBA Finals to the Golden State Warriors in six games. Injuries and lack of depth eventually plagued the Cavs and made it quite clear that they need to address their roster this offseason. With a number of free agents and […]