The current Cavaliers roster is a mess, as it is filled with aging veterans that either have mental lapses that cost the Cavs critical games in the Finals, or sharp shooters that completely disappear when the lights are the brightest.  The second best player, Kevin Love, has not been utilized to his full potential either as he has been mostly relegated to playing outside the paint.  There is a fix for this.

The solution in 2019 might not be as difficult as everyone has thought it to be and its all because of one team.  The Charlotte Hornets.  Thanks to Michael Jordan, “the ghost” that Lebron has been chasing, a unique opportunity may have arisen involving two current players, and one that was just traded away.   It will take a little creativity, but I think the Cavs have a path to a quite ridiculously strong starting 5, with three new faces all playing on Charlotte this past season.  More importantly, the Cavaliers bench will have a nice combination of youth and veterans on the bench to support the starting five.

Looking at this starting 5 and yes, it looks quite formidable and most importantly it is very doable with the cap space the Cavs currently have as well as with the trade assets the Cavs have on hand.

Charlotte has made the playoffs 3 times in Jordan’s tenure.  Three.  In the East. As a 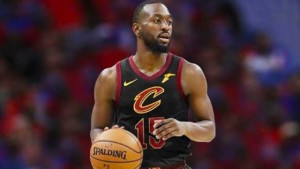 GM/Owner he has proven he doesn’t have what it takes to not only find talent, but also sign talent for the right price.  Nicholas Batum is a good player, not a great player, but he is on the hook for 4 years at over 20 million a year.  For a franchise trying to build a team of young hungry players like in Philadelphia and Milwaukee, giving such a large contract to a good role player is a very bad move.  So, to help alleviate Mr. Jordan of his rather large and expensive debacle the Cavs should be able to entice a trade that sends its newest draft pick, Collin Sexton, along with Jordan Clarkson, and George Hill to Charlotte for Kemba Walker and Nicholas Batum.

This trade works for both teams as Charlotte cuts its salary commitment to Batum by a year, while bringing in a fiery bench scorer in Clarkson and two quality point guards to replace Kemba Walker, who in all his greatness has not been able to carry this under achieving Charlotte team.  Sexton, is more than an adequate replacement for Kemba who is due a large payday that on a under performing Charlotte team is unwarranted.

For the Cavs, this trade brings in the Kyrie replacement LeBron desperately missed last season that can create his own shot, facilitate the basketball and allow LeBron to spend less time on the court.  Batum, is an instant upgrade over JR, as he will bring consistency, and continuity to the starting 5.

Dwight Howard.  Newly traded to the Nets, he has requested a buyout to find a team 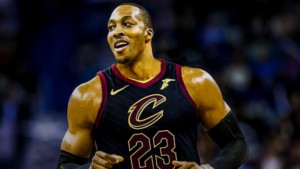 that can get him to the playoffs and potentially the finals.  Although he is famous for his lack of passion for winning, and youthful exuberance when it comes to talking about the game he is a perfect fit for this Cavs team.  Slide him next to Kevin Love and Lebron James and you have the best front court in basketball.  The most important component to this thought process, is that Dwight will be available for the vet minimum.