Club legend Steven Gerrard will leave at the end of this season, and for what is probably the seventh year in a row, Liverpool will have to try to find a direct replacement for an experienced member of the team. Since 2009, even across four managers, the Reds seems to have a very poor track record of replacing key departing personnel in a direct or like-for-like manner.

Manchester United, under Sir Alex Ferguson, managed to plan well ahead, replacing former captain Roy Keane with the more elegant Michael Carrick; Arsenal replaced the departed Robin van Persie with a less flashy but as effective Olivier Giroud; while most recently, Chelsea replaced long-time midfield maestro Frank Lampard with Barca reject Cesc Fabregas. Whereas Liverpool’s rivals seem to have the ability and knowhow to replace their top stars, the Reds have, time and time again, failed to do likewise and this is probably one reason why the Reds have and will continue to be held back. 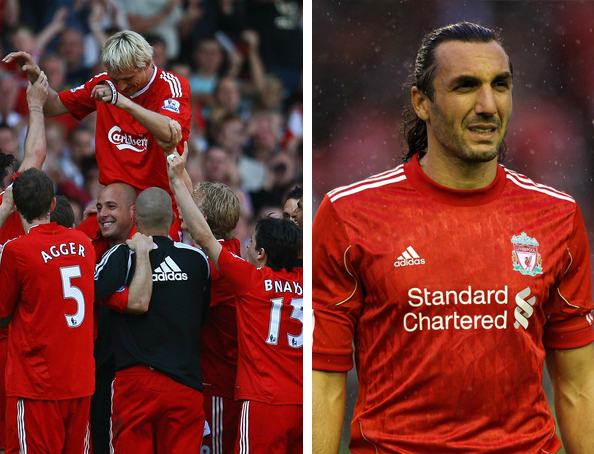 The start of this downward spiral was at the end of the 2008/09 season, where Rafa Benitez’s Liverpool side almost pipped United to the title. Everyone knew former skipper and long-serving veteran Sami Hyypia would be leaving the club at the end of the season in search of that one last opportunity to be a first-teamer at another club, while after a glittering year for Xabi Alonso, the Spaniard’s simmering discontent with Benitez saw him leave for Real Madrid. However, Benitez’s second-placed side fell to seventh the next campaign, and it would not be a surprise to attribute this dramatic drop to the signing of Greek veteran Sotrios Kyrgiakos, on a free, to replace Hyypia, and to a larger extent, the injured and injury-prone Italian Alberto Aquilani for Alonso. Without Alonso and with Aquilani never regaining fitness and form, Gerrard struggled to replicate his form from the previous year, as was the overall form of the whole side.

*Enjoying this article? Head to http://footballfollowing.wordpress.com for more football content!

Then in the summer of 2010, this time under a new manager in Roy Hodgson, Javier Mascherano could not resist the allure of FC Barcelona and subsequently forced his move. Hodgson, to his credit, signed another defensive midfielder even before Mascherano left. The problem was, Hodgson signed Danish international Christian Poulsen, who quickly proved incapable to keeping up with the pace of the league, no due to being on the wrong side of 30. 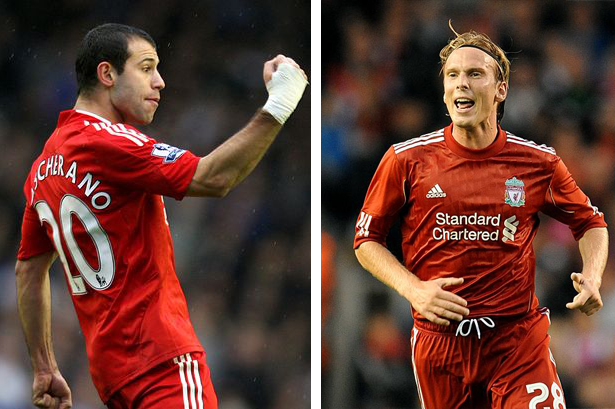 Hodgson’s subsequent poor decision making saw him sacked, with club legend Kenny Dalglish taking over just before the 2011 January transfer window. Dalglish had little choice but to let talisman Fernando Torres leave for Chelsea in that £50 million deal. But to replace Torres with Andy Carroll, who himself cost £35 million, saw the Geordie doomed from the start. Injuries and the unescapable fact that the club just didn’t suit Carroll meant the England striker was never going to work out at Anfield. Some may argue Dalglish did sign Luis Suarez in that same window, but the Suarez signing was long in the making even before Dalglish took over, and the Uruguayan was initially meant to partner Torres upfront.

The summer of 2012 did not see a significant shift in experience, but with Dirk Kuyt quietly ushered out of the club to clear his wages, Dalglish’s replacement in current manager Brendan Rodgers saw the Northern Irishman bring in a former player from his days as Chelsea youth team boss, Italian forward Fabio Borini from Roma. Sure, Borini has the same endeavour and work ethic as Kuyt, but the Italian never had any scoring pedigree to fall back upon, with Kuyt at least a regular scorer in the Dutch Eredivise (though that is never a true indicator of potential Premier League goalscoring success). And whereas Kuyt managed to reinvent himself as a selfless right winger who could nick a key goal, Borini just could not take his chance. With injuries and a continued lack of faith from the manager who signed him, Borini could not replicate Kuyt’s unexpected success and subsequent cult status.

Jamie Carragher then decided to announce his retirement six months early, a la Gerrard, at the start of 2013, allowing Rodgers time to plan ahead. The manager replaced Carragher admittedly quickly with the free transfer signing of Kolo Toure from Manchester City in June of that year. Toure did as good as thought he could, but though he brought the necessary experience, he just could not come close to replicating Carragher’s leadership – not really his fault though. The summer of 2013 also saw the start of Anfield favourite Pepe Reina’s slow, gradual push to the exit door. Before Reina was loaned out to Napoli, Rodgers signed Simon Mignolet from Sunderland. The Belgian’s form has improved of late, but his kicking and distribution do still come under much scrutiny, which begs the question of why Rodgers had allowed a Barca-educated goalkeeper, with the necessary vision and distribution, to leave. 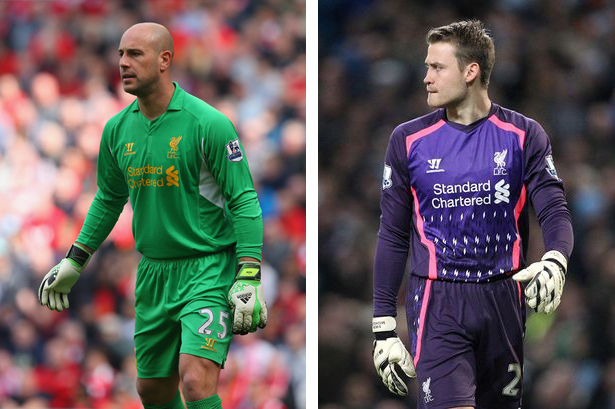 And of course, the much talked about departure of Suarez last summer, as well as the much talked about replacement in Italian enigma Mario Balotelli. It is quite obvious how that worked out, with Suarez helping Barcelona to the Champions League final while Balotelli unable to break into a team that failed to qualify for Europe’s top tier competition for next season. Even former vice-skipper Daniel Agger quietly returned to Brondby last summer, with the most expensive central defender in the club’s history, Dejan Lovren, failing to even come close to replicate the Dane at his peak.

How will Rodgers replace Gerrard then? Recent history will probably mean that Rodgers, like his predecessors, will fail at this seemingly impossible yet vitally important task. Maybe Emre Can will step up with more responsibility in central midfield? How about giving Jordan Rossiter more first-team duties? Those options seem likelier to succeed than Rodgers signing a direct, like-for-like replacement for the departing club legend.