Lewis Hamilton has taken pole position for his home Grand Prix at the Silverstone circuit in Great Britain. Hamilton out-qualified his team-mate Nico Rosberg by a tenth to take his 3rd pole position at home. This also means that he now sits 3rd in the all-time pole positions list behind Michael Schumacher and Ayrton Senna with 46 pole positions to his name.

Ferrari dropped the mantle of being best of the rest, with Williams putting both Felipe Massa and Valtteri Bottas ahead of Kimi Raikkonen and Sebastian Vettel.

After a poor weekend in Austria where he simply didn’t seem as fast as his team-mate, Lewis Hamilton was aiming to bounce back in Britain.

At the start of the event however, Nico Rosberg had the edge by being faster in both Friday practice sessions. In Saturday practice, Hamilton hit back to go faster by half a second, which meant that it could well be a tough fight between the Silver Arrows for the Silverstone pole.

The two Manor drivers were the first out on track, followed closely by Hamilton; who was met with applause as he built up to his first flying lap. Will Stevens, racing at home, took to the top spot briefly before Hamilton came through to better him by 4 seconds. Nico Rosberg came by soon after to go 4 tenths faster than Hamilton to take P1 away. The gap soon decreased to just a tenth, but Hamilton was unable to usurp his team-mate in the session.

There had been a late scare in the McLaren Honda garage that one of their cars wouldn’t get out in qualifying due to a mechanical issue. Fernando Alonso’s car had developed a fault that the team initially couldn’t diagnose. Despite this, the team got his car out on track so that he could attempt to get into Q2 along with team-mate Jenson Button.

With a few minutes remaining in the session, Nasr, Stevens, Merhi, Verstappen and Grosjean were in the danger-zone; with Romain soon vaulting himself out which pushed Jenson Button into elimination.

Verstappen had a spin on  his early laps which left him briefly last on the time-sheets, he then pulled out a lap to move into 10th, which then put Maldonado in a bad position after having his early lap deleted for exceeding track limits. He put himself into 13th on his last effort which put Kvyat into strife. Ericsson and Kvyat then got themselves a good enough lap for Q2, which sadly meant that both McLaren-Honda drivers would be eliminated along with Felipe Nasr and the two Manor drivers. 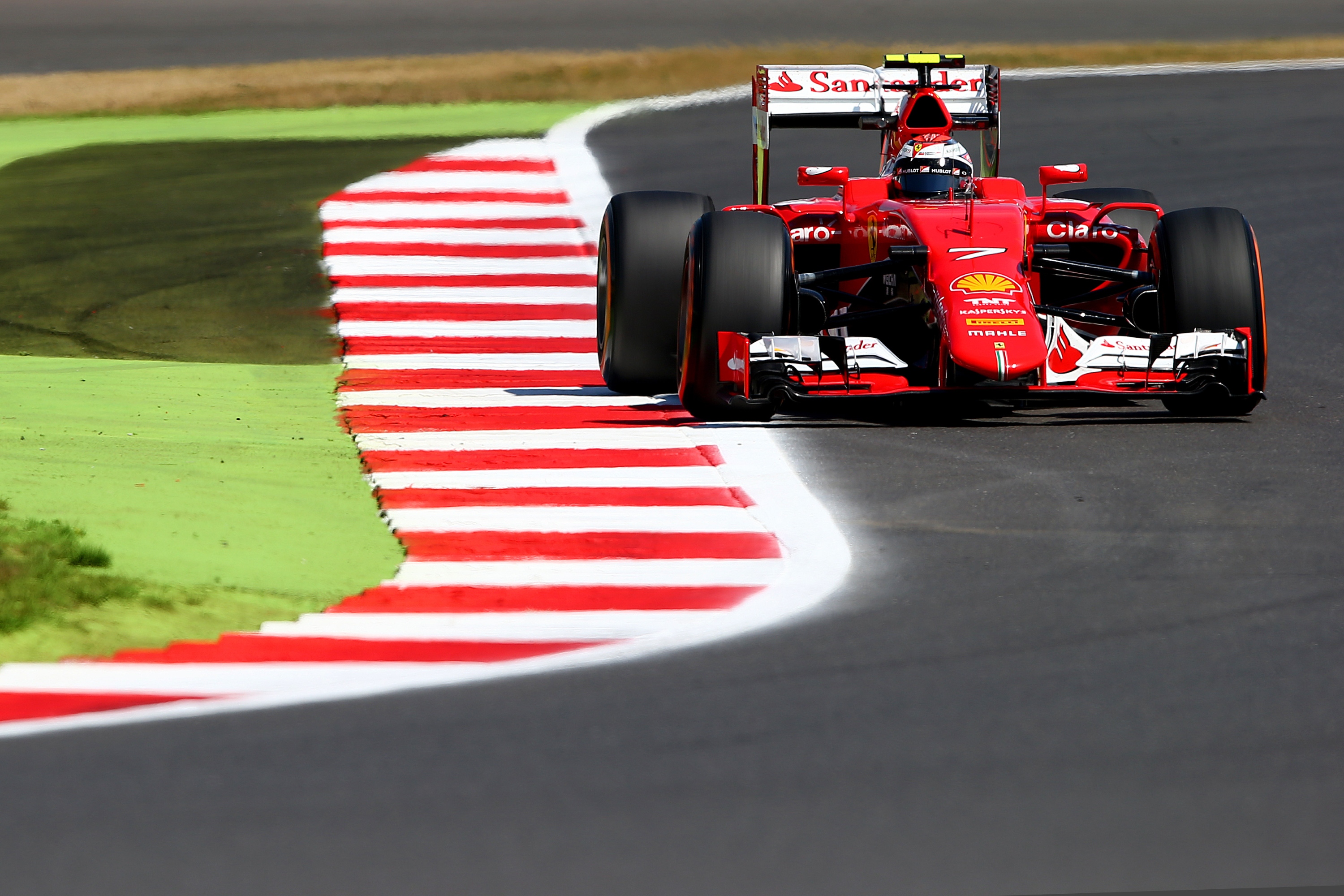 The two Williams drivers were among the first to set a time in the second session of qualifying. Valtteri Bottas was faster than the predicted cut-off point to get into Q3, but his team-mate Massa was not. Lewis Hamilton wasn’t within this time on his first lap either, with the British driver locking up into turn 3 that forced him to abandon the lap. His second lap was good enough to get him within 3 tenths of team-mate Rosberg in P1; despite a near spin at Luffield. He would later be bettered by Valtteri Bottas, who looked to have the pace to split the Mercedes should either get into strife in Q3.

A few drivers were having problems that could see them miss out on Q3. Max Verstappen had been reporting that he had hardly any traction in his Toro Rosso, with Pastor Maldonado getting his times deleted for running wide at turn 9 on a number of occasions. With just over 3 minutes remaining, the pair were both in the drop zone along with the two Ferrari drivers.

Vettel and Raikkonen finally put laps in to lift them into the top 10, but Raikkonen’s lap was promptly deleted for exceeding track limits. He would have to go again. Raikkonen did improve on his 2nd lap, but it was only into 8th place. He was still in danger of being eliminated. Thankfully for him, there wasn’t a flurry of improvements when the checkered flag came out, meaning that he would advance through to the final session. Those who would not included both Lotuses, Sergio Perez, Max Verstappen and Marcus Ericsson.

The pole position fight looked to be once again between Nico Rosberg and Lewis Hamilton, but Valtteri Bottas in the Williams looked to be quick enough to threaten a Silver Arrow should they have problems.

On their first laps, Nico Rosberg had a clearer and simpler run to start the lap, with Lewis Hamilton inadvertently backing himself into traffic. Rosberg had a messy final sector on his lap however, which meant that Hamilton would take first blood by 1 tenth after their first of two runs to decide pole position. Their nearest rival was indeed Valtteri Bottas, but he was almost a second slower than Hamilton.

With just over 2 minutes remaining, all 10 drivers headed out onto the track for their final laps of qualifying. With both Mercedes drivers having the potential to go quicker on their 2nd laps, the pole-sitter for the British Grand Prix was still unknown.

Hamilton’s 2nd lap started off badly, he was 2 tenths down on his provisional pole time. Rosberg however was just 6 hundredths up on his team-mate. Hamilton’s 2nd sector was down by 4 tenths, but now Rosberg was down by the same margin. Hamilton pitted, ending his lap prematurely, which left the ball in Rosberg’s court to take pole. He would be unable to do so however, with Lewis Hamilton taking pole position for his home Grand Prix; much to the crowd’s delight as they congratulated him with rapturous applause. His 3rd Silverstone pole means that Hamilton is now 3rd on the all-time pole positions list behind Michael Schumacher and Ayrton Senna.

Felipe Massa managed to pull off a great final lap to take 3rd place ahead of team-mate Valtteri Bottas; who had seemed to have the pace advantage throughout qualifying. Williams will have been delighted with this performance, as both drivers out-qualified the two Ferrari’s. Kimi Raikkonen won the inter-team battle by a tenth, as he lines up 5th ahead of team-mate Sebastian Vettel.

Daniil Kvyat out-qualified Daniel Ricciardo by 3 positions after the Australian had his lap deleted after exceeding track limits, with Kvyat lining up 7th and Ricciardo 10th. Carlos Sainz and Nico Hulkenberg are sandwiched between them in 8th and 9th. 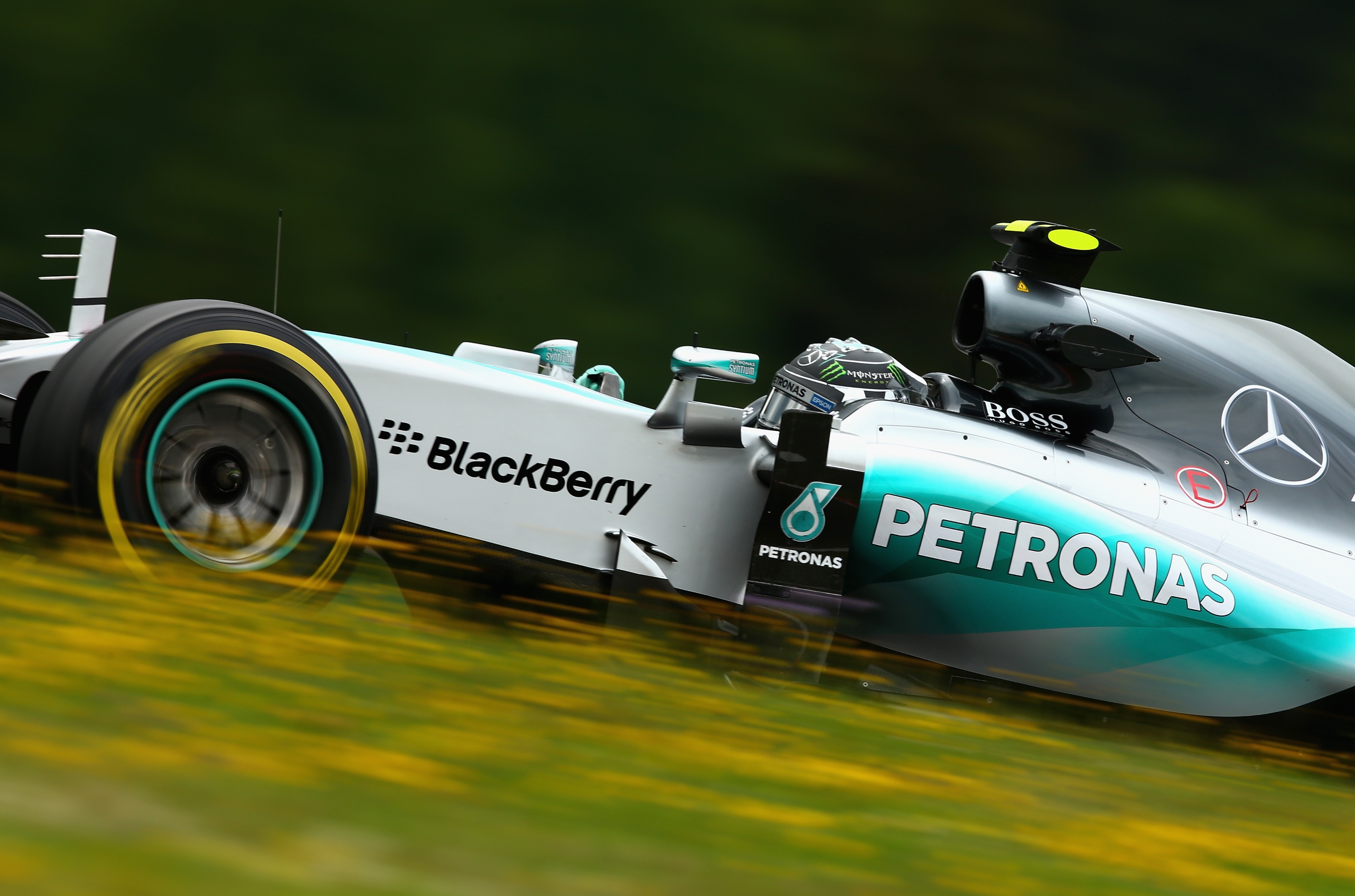