The Cleveland Cavaliers are coming off of a phenomenal 2014-15 NBA season, despite losing the NBA Finals to the Golden State Warriors in six games. Injuries and lack of depth eventually plagued the Cavs and made it quite clear that they need to address their roster this offseason.

With a number of free agents and a limited salary cap, it is difficult to predict exactly what General Manager David Griffin has in mind to bolster the line up. 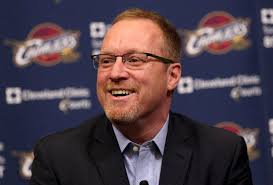 Tristan Thompson, Matthew Dellevadova, and Iman Shumpert are all restricted free agents, giving the Cavaliers the right to match any offers given by other teams. With that being said, the Cavs’ Kevin Love, LeBron James, and J.R. Smith can all opt-out of their current contracts to become unrestricted free agents. Timofey Mozgov had a team-option in which the Cavaliers already accepted to keep him around for another season.

With all of these free agents expecting to get significant raises (especially Tristan Thompson) the NBA Draft was the perfect opportunity for the Cavs to get a player on a rookie contract. Many experts expected the Cavs to select a player to back up Superstar LeBron James who could help defend the best perimeter defender and provide rest for the King.

At pick No. 24 Cleveland selected Point Guard Tyus Jones, who is fresh out of his Championship season at Duke University. Minutes later it was reported they had swung a deal with the Minnesota Timberwolves to trade the rights to Jones for the No. 31 and No. 36 picks in the second round. 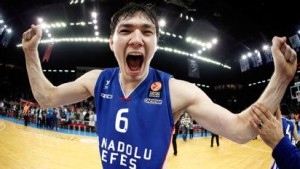 Osman, a 20 year old who recently has flourished overseas, is a stash player who most likely won’t see the NBA court for a few seasons.  This puzzled fans at first, however the pick was necessary in order to save money in the short term to re-sign their key free agents listed earlier. The Cavs will own his rights and will develop Osman overseas until a buyout can be reached with Anadolu Efes, his Turkish team.

Christmas on the other hand is coming off of an impressive senior year at Syracuse as he averaged just above 13 points a contest along with nine rebounds as well. The 23 year old can provide youth and depth at the forward position, and shot slightly over 71 percent from the free throw line as well. 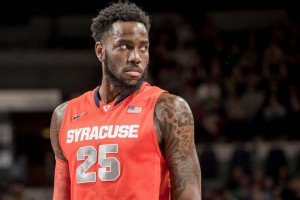 The Cavaliers also drafted Sir’Dominic Pointer with their last draft choice on top of those others acquired from the Minnesota trade.

These players won’t be expected to gain much playing time, but provide youth and depth for the Cavs in the future.

However, the Cavaliers were expected to avidly be shopping Brendan Haywood’s inflated contract desperately during the draft. No move was made and the Cavs still retain his $10.5 million contract.

It is fair to assume the Cavaliers will continue to shop Haywood and possibly the rights to Osman and Sasha Kahn, another stashed player who has intriguing potential, for talent that can contribute immediately. 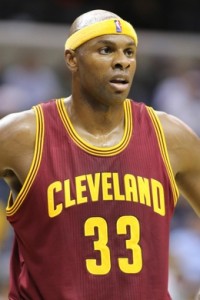 Although the Cavaliers remained surprisingly reticent on draft night, don’t predict them to stay put and just stick with re-signing their free agents. David Griffin has made it obvious they are searching for talent that has the ability to come off of the bench and provide a spark with defense and shooting.

Staying quiet on draft night only leads to more speculation that the Cleveland Cavaliers are searching for the right trade partner, given their limited salary to pay new players to come join them in free agency.