CANTON, Ohio- If you could go back and decide whether to trade Andrew Wiggins for Kevin Love, would you still make the trade? Well, I’m bringing this up because I was recently asked by a friend of mine if I would. He said he would’ve kept Wiggins over an injury prone Kevin Love. While I understand where he’s coming from, think about this. 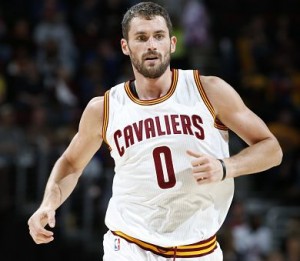 So, why I understand some people may be frustrated with Love’s recent injuries, the only way I would have kept Andrew Wiggins, is if LeBron didn’t come back. Then Cleveland would have gone the route of building a solid foundation around Irving and Wiggins. I’m not sure if Tristan Thompson would have become the player he is today is he wasn’t playing with James. I can remember when there were trade rumors surrounding Thompson. And to take it a step further, I personally, wanted the Cavs to trade him. I didn’t think he was worth the #4 overall selection. I think playing with LeBron has been the key for Thompson. James with a combination of Irving and Love, commands so much attention, Thompson commands the least amount of attention.

Right now, LeBron James is averaging 37 minutes a game. I’m with the majority of people who say he’s playing too many minutes. Agree with you 100%. So, here’s where the BUT part comes. LeBron James takes care of his body as well as anyone. He actually trains harder than some 20-year old’s, from what I’ve seen. Let’s remember this to. James knows his body better than anyone and I’m sure once he thinks it’s time to reduce his minutes to prep for the playoff run, it’ll happen. James may be lying when he says he feels great, he’s highly competitive, what do you expect him to say? I used to be a great bowler, I would bowl for hours in one day. My thumb would start to get extremely sore, do you think I was going to let that stop me? Especially when I’m throwing games over 220? Again, I would love to see his minutes reduced, but, this team will be fine down the road and I’m sure there’s already a plan in place for these minutes for, not only James, but for everyone, to get reduced.