CANTON,Ohio- It’s time to focus and make predictions for week 11 of the NFL. What makes week 11 so interesting? This is the starting point where the contenders for the playoffs start to, not only try and win their own games, but don’t let them lie to you, their looking at seeding now. So let’s get to it!

Saints vs Panthers- It’s a battle of the bottom two teams in the NFC South. If the Saints win, they stay well within striking distance of, not only a playoff spot, but winning the NFC South. Of course, They’ll need to take care of their own business, but Tampa and Atlanta will have to stumble as well. I’m going to take Carolina in this game because I think they’re better than their 3-6 record.

Ravens vs Cowboys- I’ve favored Baltimore in most of their games, but Dallas is the hottest team in the league right now and I don’t see that ending in week 11. Dallas wins big over Baltimore.

Jaguars vs Lions- Detroit has surprised me this year. Is QB Matthew Stafford become a better quarterback now that Calvin Johnson is gone? I’m going to take Detroit in this game.

Titans vs Colts- Tennessee is another team that has shocked me. The Colts have surprised me, but in a bad way. I thought for sure they’d be better. While Tennessee is playing the better football, I think Indianapolis will play just good enough to win.

Bills vs Bengals- Both teams need a win to stay in playoff contention. The Bills will have to settle for the wild card because New England will win the AFC East. Cincinnati still has a chance at the AFC North plus the wild card. I’m picking the Bengals because they’re simple the better team.

Buccaneers vs Chiefs- Tampa Bay desperately needs a win to stay close to Atlanta in the NFC South division. Kansas City is tied with Oakland for first place in the AFC West. I’ll take the Chiefs at home.

Cardinals vs Vikings- Minnesota went from being the hottest team in the NFL, to losing four straight. Meanwhile, Arizona is in desperate need of a win to stay in contention of, not only the NFC West, but a playoff spot. I’m going against my gut feeling and I’m picking Minnesota.

Dolphins vs Rams- Is Miami really a contender? Well, they are 5-4 and they’re still alive for the wild card. Los Angeles finally gets to used their new toy AKA #1 overall draft pick, QB Jared Goff. Give me Los Angeles.

Packers vs Redskins- A battle of third place teams. I don’t see Green Bay losing four in a row. I’ll take the Packers over Washington.

Texans vs Raiders- Oakland’s confidence is as high as it’s ever been after a big win over rival Denver. I’ll take the Raiders. 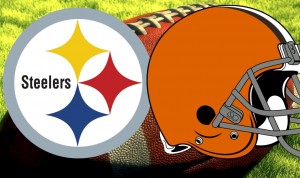 Steelers vs Browns- The first meeting with Pittsburgh this year and weather wise, it’ll be the first snow game of the year. Let’s add in wind gusts of up to 40-50 MPH.

I’m not sure if the weather will help or hurt the Cleveland Browns. Maybe it’ll slow down the air assault that the Steelers have with Ben and his receivers. No team should be attempting a lot of throws in weather like this.

Unfortunately for Cleveland, Pittsburgh has a better offensive line and a better running game.

Cleveland has yet to win a game this year and I expect them to remain winless after Pittsburgh has this game well in hand avoiding a 5 game losing streak. Plus, I’m sure Pittsburgh has a very bad taste still in their mouth after that tough loss at home versus Dallas. They’ll look to use the Browns as a way to get themselves back on track.

TEAMS ON A BYE-WEEK-