CANTON,Ohio- Can you feel the chill in the air, as week 14 of the NFL gets set to kickoff? Well, unless you live close to the boarder of the United States and Mexico or you live in Miami, your’re going to feel the cold for the games this week. Unless your team plays in a dome. Enough of my weather forecasting, let’s start predicting these games.

Raiders vs Chiefs- Talk about a tough game to predict! This has the potential to be the best Thursday night game of the year. Oakland has won six straight, Kansas City has won two straight but even more impressive, a huge road win down at the Georgia dome in Atlanta. If Kansas City can win this game, they take over first place in the AFC West. While the records would be even, the Chiefs have already beat Oakland. My prediction? I’ll take the Raiders. Keep in mind, the field has a layer of ice on it under the tarp, so this game should be pretty sloppy.

Steelers vs Bills- Pittsburgh needs a win to stay in contention for the AFC North with Baltimore. Buffalo needs a win just to stay alive in the wild card hunt. Pittsburgh is .500 on the road, but I’ll take the Steelers to get a road win.

Broncos vs Titans- Denver must keep winning to stay in the wild card spot. Tennessee needs a win to stay with Houston and the Colts in the AFC South. The Broncos get the road win.

Redskins vs Eagles- Green Bay handed Philadelphia their first home loss a few weeks ago. The Eagles are all but eliminated from the playoffs but Washington is still playing for a wild card spot. I think the Redskins figure out a way to get it done in the city of brotherly love.

Cardinals vs Dolphins- Arizona was the team I picked to represent the NFC in the Super Bowl. That’s not going to happen. I also gave you an early draft prediction regarding Jacksonville last week. Here’s another one. Arizona will take a QB with their first selection. Miami is still in the wild card mix. The Dolphins get a big win at home.

Texans vs Colts- Houston won the first meeting, so they own the tie breaker. This means that Indianapolis really could use a win here. I’ll take the Colts.

Chargers vs Panthers- The end is nearing for both teams. From going to Super Bowl 50, to having a Super Bowl hangover, the Panthers never got it going in 2016. I’ll actually take the Chargers on the road.

Jets vs 49ers- A game even the Prison inmates won’t want to watch, but they’ll get to. Maybe it’ll be after a good lunch so they can take a nap. I’ll take the New York Jets.

Saints vs Buccaneers- Saints are in the spoiler role here. But Tampa Bay has different plans. Winston will lead Tampa Bay to their 5th straight win.

Falcons vs Rams- My pick is Atlanta. They know if they lose, they risk not winning the NFC South.

Seahawks vs Packers- Seattle is the better overall team. But I think the Packers are back on track offensively. I’ll go with Green Bay at home.

Cowboys vs Giants- Dallas is the hottest and perhaps best team in the NFL right now. BUT! All things, good and bad, must come to an end. I’ll take the New York Giants to end the Cowboy’s 11 game winning streak. The Giants will also keep themselves in a wild card spot in the process.

Ravens vs Patriots- Both teams are playing great night now. The loss of “Gronk” will hurt New England. But, for some odd reason, they seem to always have the Ravens number when they play in New England. I think Brady has one of his better games and the Patriots send Baltimore to a big loss. 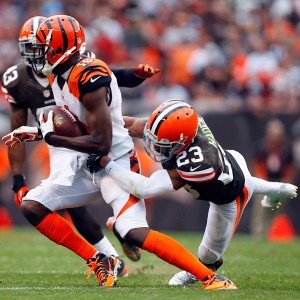 Bengals vs Browns- The second round of the battle of Ohio. Robert Griffin III will get the start for Cleveland. The weather won’t exactly be great. Unless you love real football weather. While the Browns offense may get a boost offensively, Cincinnati still has a way better overall team. Griffin will be on the run a lot due to the Bengals defensively line. Cleveland remains winless and drops to 0-13.