CANTON,Ohio- Before starting this article I thought I’d be a pretty easy list to make……I was way wrong. Going over the top 35 QB’s in the NFL, I really had to make some tough decisions.

My list is based on passing yards, Accuracy, field vision and the bonus being accurate while on the run.

#10- Joe Flacco- Baltimore Ravens- Big arm, good enough mobility, good field vision and his accuracy is pretty good but when it comes to the deep pass, Flacco is great. Joe Flacco had a great passing game back when the Ravens met the 49ers in the NFL title game. 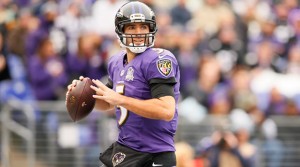 Joe Flacco- Baltimore Ravens- Flacco was injured in week 11 but when healthy, he’s a top 10 quarterback.

#9- Tony Romo- Dallas Cowboys- The BIG IF is his health. When Romo is healthy, he has the accuracy, arm and mobility that cause nightmares for opposing defenses. Pretty good field vision, might I add. But I think this will be the last time I include him in the top 10 list with the uprising of young talent. He’s happy now that Ezekiel Elliot is in the backfield now. 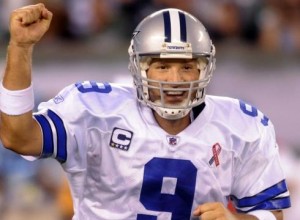 Tony Romo- Dallas Cowboys- Romo missed a lot of the 2015 season due to injury but IF he’s healthy, Tony Romo will help lead Dallas to the NFC East title in my opinion.

#8- Teddy Bridgewater- Minnesota Vikings- Just one of the young and uprising quarterbacks that will replace Romo. Bridgewater has a lot to offer for a quarterback and I do believe he will eventually this year, or in 2017 take the Vikings deep into the playoffs. 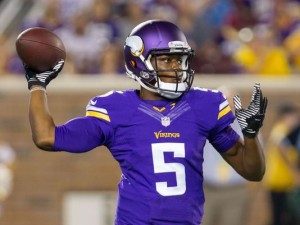 Teddy Bridgewater- Minnesota Vikings- I liked Bridgewater coming out of college. While he wasn’t ranked in the top tier of quarterbacks, don’t let that fool you. He’ll be ranked very high by the end of the 2016 season.

#7- Jameis Winston- Tampa Bay Bucs- The only thing Winston isn’t great at is his mobility. But he makes up for it in all the other areas. Ever since he was drafted, Jameis has stayed out of trouble, became a locker room leader and has every intention of getting Tampa Bay back to the top of the NFC South. 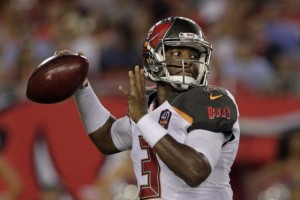 #6- Carson Palmer- Arizona Cardinals- The only thing he isn’t great at is his mobility but other than that, he’s still got it. Some can say he had a terrible game against Carolina in the playoffs last year but how about giving the Panthers defense a lot of credit? Palmer is still a top tier quarterback. 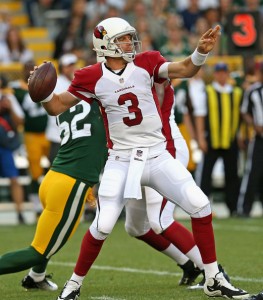 Carson Palmer- Arizona Cardinals- With the deep passing attack that Arizona loves to run, it’s a perfect offense for Palmer. Carson ranked 4th in the NFL last year with 4,671 passing yards. Plus his completion rate was almost 64%.

#5- Russell Wilson- Seattle Seahawks- Despite being slightly under 6′, Wilson is extremely accurate, even on the move. As long as Seattle can keep him around and maintain the players around him, the Seahawks will be a force. It’s good to be young in the NFL, especially at the quarterback position. 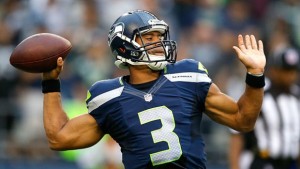 Russell Wilson- Seattle Seahawks- A great quarterback on and off the field. Seattle is lucky to have him. Wilson ranked 12 in the NFL in passing but his 68% completion rating is outstanding.

#4- Ben Roethlisberger- Pittsburgh Steelers- Through all the bumps and bruises, Big Ben has been extremely consistent at the QB position for Pittsburgh. Even though he’s getting older, Roethlisberger still has everything you want in a quarterback. His only flaw, to me, would be that he sometimes holds onto the football too long to keep plays alive. 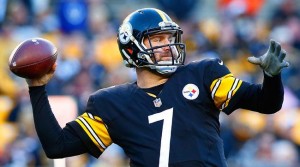 Ben Roethlisberger- Pittsburgh Steelers- While helping Pittsburgh to 2 titles since being drafted, Big Ben has established himself as one of the best quarterbacks consistently.

#3- Cam Newton- Carolina Panthers- At first I thought he wouldn’t last long. Well, that has changed. Newton’s vision has become a lot better, he’s always had the arm but his biggest improvement is undoubtedly his Red zone vision and decision making. His mobility doesn’t hurt either. 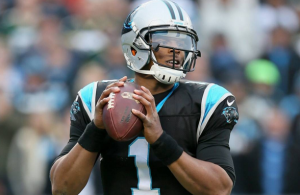 Cam Newton- Carolina Panthers- The game has clearly slowed down for Cam the last few years. Last year he ranked 16th in passing but I promise you that defensive coordinators lose some sleep while game planning for him.

#2- Aaron Rodgers- Green Bay Packers- My only problem with this MVP caliber QB, not that the previous 3 or 4 QB’s aren’t, is sometimes he, like Roethlisberger, tries to make something out of nothing. Other than that. Excellent quarterback. 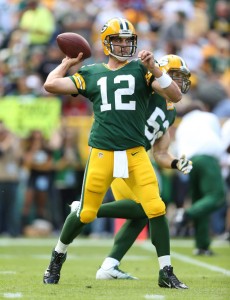 Aaron Rodgers- Green Bay Packers- Rodgers is responsible for one of the best hail marry throws I’ve ever seen to win a game last year to beat Detroit. Ranked 17th in passing last year but he’s clearly a championship quarterback.

#1- Tom Brady- New England Patriots- Mobility is really Brady’s only flaw. If your’re lucky enough to get to him, you must make it count. Tom Brady owns the AFC East and stays great despite the constant coming and going of players around him. 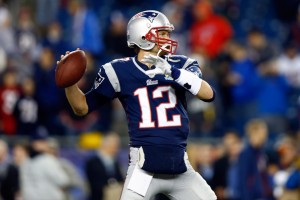 Tom Brady- New England Patriots- His resume speaks for itself. How good is Brady? When he retires, I certainly hope the Patriots have a great backup plan or be ready Pat fans to feel the wrath of being terrible for awhile.

First off, what a list of talented quarterbacks! Second, that list was very difficult. I found myself switching players up and down. But there you go. I’m sure you can do some moving around in the middle but the list is still solid.