CANTON,Ohio- This is an article that I thought I’d never be writing, but I am. The NFL has seen it’s ratings drop this year. Down roughly to 25 percent. Who would have ever thought that the league that, pretty much own Sunday’s and wins popularity contests between them and the other sports in this country in a landslide, would have a ratings problem? Well it’s happening.

I have quite a few reasons why I think the NFL is seeing a drop in ratings. At the end, I will give you my opinion on whether the NFL will be able to rebound next year or if this is the start of the NBA, MLB and the other sports gaining ground on the NFL.

2. Too many quarterbacks that aren’t cutting it. Sure, the NFL has it’s top tier QB’s, but after that, there’s a struggle to find quarterbacks that football fans view as franchise QB’s. College is to blame for some of that.

Why, do you ask? So many colleges run the spread offense or run the option which puts the QB in danger at the NFL level. There are less colleges that are running the pro-style offense at the college level. In the NFL, you still need a quarterback to make throws from the pocket. So it’s up to the QB to be able to make that transition from his college style offense to being more of a pocket passer. You can’t have your quarterback running around the field at the NFL because he’ll get injured.

3. Too much NFL and too many bad teams in prime time. Yes, I’m combining both. Thursday night football must go. The NFL is on three times a week. Thursday, Sunday and Monday. Football fans, at least the fans that I’ve talk to about this, don’t have that thirst for the NFL like they did 10, 15 years ago. You have to leave your customers wanting more. With the NFL only having about a true month and a half of down time, it’s always there. Especially with NFL Network being a source for football 24/7/365. I know that there are some fans that are out there that truly can’t get enough of the NFL and their T.V. is either on a game or NFL Network, but you need a larger window for a break away from the game. By the way, giving the Super Bowl teams 2 weeks before the game is ridiculous.

4. How many flags can you throw in a game and how much worse will NFL officiating get? Not one fan base wants to go to a game or watch a game on T.V. when the ref’s are throwing flags constantly. Especially for dumb penalties. It’s very irritating and it slows the game down. The latest penalty that bothers me is “roughing the passer”. To me, there’s a select group of QB’s that are pampered, then you have those quarterbacks that legitimately get roughed up and get no call. Meanwhile, Tom Brady can have a defender’s hand rub across him while he makes a great throw while staying upright and it’s still a penalty.

On punts and kickoffs, how many times does the ref throw a flag? Is it really necessary  to throw a flag for, what seems like 5 times a game? My reaction when I see the flag? Oh Boy! Here we go again!

5. Players! I’m sure some of you have been waiting for this one. I’m so tired of watching players act like fools on T.V.. I understand it’s entertainment, but some of these antics are stupid. Can’t you just simply hand the ball back to the ref and get back to the huddle or the sidelines? Maybe I’m no fun, maybe you think I’m weird for this, but I’m old school with these celebrations after a touchdown or a first down. These players act so arrogant and cocky. It’s like their pretty much saying “Ya! Look at what I just did! Me Me Me! Act like you’ve been there and done it before.

6. The same teams always in the playoff picture. Now I’m not bashing teams that know how to run an NFL team the right way for long periods of time. What I’m getting at is this. The NFL needs new teams like the Titans, Jaguars, Browns, Raiders, Bills and Lions to be in the playoff picture more often. It seems like it’s the same teams year after year that are being predicted to not only reach the playoffs, but get to the Super Bowl.

Unless you live in New England, Pittsburgh, Denver, Green Bay or Dallas, it’s old news. I’d like to see different teams in than the same old teams. Again, kudos to those organizations that can keep their teams constantly in the mix, but the playoffs in the NFL have become too predictable. I will say this. The NFL wild card game is good.

7. Finally, Let’s bring to the surface the injury aspect of the game. I know some people that are older than me that have kids. They’ve told me multiple times that they will not allow their kids to play football. Once they hit 18, their on their own when it comes to that decision. What does that have to do with ratings? Well, the only thing I can say is this. Maybe parents want their kids to watch sports like the NBA and MLB where injuries due to human collison aren’t nearly as often or brutal.

Now in regards to the NFL rebounding. I think it will, but changes will have to be made. Just remember all of the above. Also keep in mind. financial affordability does come into play. It’s way cheaper, for the most part, to go see an NBA or MLB game. Another aspect is how family friendly is the environment? Just keeping it local, if I had any kids, I’d take them to a Cavaliers or Indians home game. I’ve never had issues with foul language or beer at those games. There’s no way I’m taking my kid to a Browns game until I feel he or she is ready to handle that crowd.

Let me also give a lot of credit to how great of a postseason MLB had in 2016, not to mention one of the greatest World Series we’ve ever seen. That’s not just my opinion, I’ve read about it on multiple sports sites.

The NBA still has a lot of work to do but Cleveland forcing a game 7 and being the first team in NBA Finals history to overcome a 3-1 deficit now gives fans a reason to watch the Finals even when a team is down 3-1. The Cavaliers now have shown everyone it’s possible. 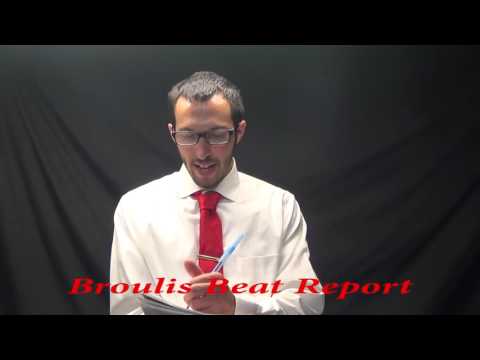