CANTON, Ohio- Welcome to one of the easier divisional picks for yours truly. Thus far, the N.L. Central has been the most difficult to figure out. Now, I get to take a swing at the N.L. East. Here’s your first and only hint as to how I’m picking this division. It’s a two-team race, unless Miami can surprise me. 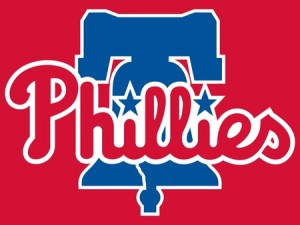 LAST PLACE- The Philadelphia Phillies. This is a team that is in complete rebuild mode. Not much talent as far as I can see. The only two players that that stand out to me? Pitcher Jeremy Hellickson and closer Jeanmar Gomez. Not a whole lot to talk about with this team. In 2016, Philadelphia finished with 71 wins. In 2017……….65 wins. 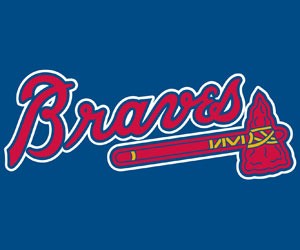 FOURTH PLACE- The Atlanta Braves. Perhaps bad timing? You may ask why I’m saying that. The Braves have moved into their new stadium (SunTrust Park). This team is more of a veteran team. Nick Markakis, Matt Kemp, Brandon Phillips and Fredddie Freeman are some of the notable position players. Then, at pitching, there’s 43-year-old Bartolo Colon. I have them finishing 4th because of the veterans they have. But, not much pitching here. They’re lucky the Phillies are in the same division as them. Moving into the new stadium will help attendance for a while, but, that’ll wear off around All-Star break if this team performs the way that I expect them to. The Atlanta Braves finished with 68 wins. I’ll bump them up to 70 wins for 2017.

THIRD PLACE- The Miami Marlins. This team ended the season on an emotional roller coaster. The tragic death of star pitcher Jose Fernandez was a huge loss in many ways. Fernandez was one of the top pitchers in all of baseball. The Marlins will have to lean heavily on their star right fielder Giancarlo Stanton. Stanton is one of the best players in baseball. He alone will help put butts in the seats at Marlins Park. I know I would pay to watch him hit home runs. I also like Martin Prado at third, Christian Yelich, Dee Gordon and Marcell Ozune. Pitching wise, Edinson Volquez looks to be the only decent starter. Miami will be able to score, but I have some serious questions about their pitching. Miami ended the 2016 season with 79 wins. I think they’ll end 2017 with 75. 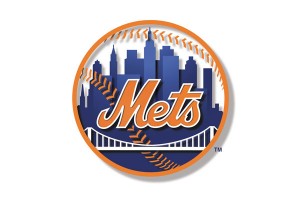 SECOND PLACE- The New York Mets. This Mets team is loaded when it comes to pitching. From Noah Syndergaard to Matt Harvey. I’m not worried too much about their pitching. New York also has some good positional players. Yoenis Cespedes is one of the best players in baseball and one of the best left fielders. I’ve always liked Curtis Granderson, even going back to his days with the Detroit Tigers. Jay Bruce will try to add the power from right field. And a former Indian, Asdrubal Cabrera, is still playing the short stop position. I really like the Mets pitching in general. My big question for the Mets? David Wright will start the season on the D.L. with a shoulder problem. Wright is a good Third basemen. Also, Jeurys Familia is suspended for the first 15 games for a domestic violence case. Can they survive those two key losses to start the season? But here’s another question. Will this shoulder injury stay with David Wright? 2016 had the Mets win 87 games. In 2017, I think they’ll finish with 91 wins.

The Washington Nationals. From a talent standpoint, the Nationals have the talent. Excellent pitching, great positional players and a super star in Bryce Harper out in right. I don’t have to say much about this team because Washington is so loaded. I actually have them and the Dodgers as the two teams that I feel could give the Cubs a good fight. Washington ended last season with an impressive win total of 95 wins. In 2017, I think they’ll finish with 92.

Again, this is a two-team race as far as I’m concerned. Miami is the only other team that I feel could have a good season. But again, how will the huge loss of Jose Fernandez effect the Marlins. They do have some talent. In the end, it’ll come down to how healthy the Mets and Nationals are by late August. I could see either team winning it, but I’ll go with Washington.