CANTON, Ohio- A division that could possibly feature both, the best and worst team in the NFL.

OFFENSE: Awful. That is the one word that best describes this Jets offense for 2017. Jermaine Kearse and Matt Forte are the only play-makers, but I do think Bilal Powell is a good RB as well.

DEFENSE: New York’s defense isn’t as bad. Leonard Williams and Muhammad Wilkerson on the D-line. Darron Lee at inside linebacker and Jamal Adams, Marcus Maye and Morris Claiborne in the secondary.

NEW YORK JETS FINAL THOUGHTS- I can see the Jets ending up with the #1 overall pick in the draft. I could also see them going 1-15 or dare I say 0-16!

OFFENSE: Tyrod Taylor is a “Band-Aid” quarterback at best. Jordan Matthews, Zay Jones, Andre Holmes, Charles Clay and Brandon Tate are the WR’s. LeSean McCoy is a good RB IF IF IF he can stay healthy. Mike Tolbert is a rock with legs.

DEFENSE: Buffalo does have players on defense. On the D-line, they feature Shaq Lawson, Kyle Williams, Marcell Dareus and Jerry Hughes. The secondary isn’t bad either. Tre’Davious White, Micah Hyde and EJ Gaines.

BUFFALO BILLS FINALS THOUGHTS- If the Bills had a better QB, I’d probably have them finish closer to Miami, but they don’t.

OFFENSE: The Dolphins have weapons everywhere with Kenny Stills, DeVante Parker, Jarvis Landry, Julius Thomas and Jay Ajayi. The problem is, they need Jay Cutler or whoever is playing QB, to be able to play well.

DEFENSE: Miami, on paper, seems to have a good defense. In the front seven, they have a strong D-line with Ndamukong Suh and Cameron Wake. I like Kiko Alonso and Lawrence Timmons at linebacker. Byron Maxwell is a good cornerback.

MIAMI DOLPHINS FINAL THOUGHTS- Another team where the QB situation is the only thing holding them back from being a really good team. But, it doesn’t help that Miami is in the same division as New England. 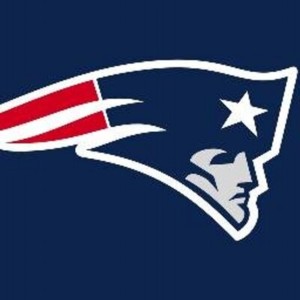 OFFENSE: They have the best QB in the NFL. They lost Julian Edelman for the year, but leave it up to New England to bring in another receiver in Brandin Cooks. Chris Hogan will also see his role increased this year as well. Dion Lewis, when healthy, is a really good RB and now they added Rex Burkhead to the back field. Bottom line, the Patriots are loaded on offense again.

DEFENSE: Loaded. That word is what best describes the Patriots offense. I could’ve just said the same thing about their offense.

NEW ENGLAND PATRIOTS FINAL THOUGHTS- The Patriots would have to suffer multiple season-ending injuries to multiple positions, including QB, if they’re going to lose this division.

AFC EAST REVIEW- The Jets might just be the worst team in the league in 2017. Buffalo really needs an upgrade at the quarterback position. Miami will be in the wild card conversation and New England looks to win yet another Super Bowl, this time in Minnesota.