CANTON, Ohio- It’s time now, to switch from the National league, to the American league. The American league looks solid up and down. The A.L. East makes a strong case to be just as good as the N.L. Central, the A.L. West will be an interesting division minus Oakland and it could be a three-team race in the A.L. Central. But first, in this edition of the Broulis Beat Report, I’ll be predicting the A.L. West.

LAST PLACE- The Oakland Athletics. This is a no brainer. Oakland lacks quality pitching. Their only pitcher that I like? Sonny Gray. As it relates to positional players, they have some talent with Marcus Semien at short, Trevor Plouffe at third, Jed Lowrie at second base and former Cleveland Indian Rajai Davis. The Athletics play in, what looks to be a tough A.L. West that features Seattle, Texas, Houston and the Angeles who seem to always under achieve. Oakland will have problems scoring, let alone keeping the opposition from scoring. There’s a good chance that the Athletics will end 2017 as the worst team in baseball. Oakland fans can at least be thankful that they still have the Golden State Warriors and an Oakland Raiders football team that might make a deep playoff run. Now, in 2016. The Athletics made it to 69 wins. I think they’ll end 2017 with 65 wins. 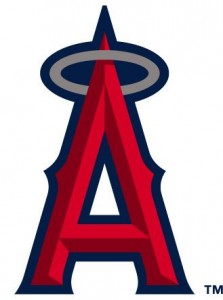 The Los Angeles Angels of Anaheim. Where do I start? I see Mike Trout, one of the top 5 players in all of baseball, and I wonder how and why the Angels have not managed to be able to build a team around him. Albert Pujols had a great 2016 season. Can he keep up those numbers at age 37? The Angels brought in Cameron Maybin from Detroit. I’m not sure how much help he’ll be out in left field. The Los Angeles Angels will be dealing with some injury problems to start the season with Huston Street (Bullpen) out for a month and first basemen Luis Valbuena out between 4-6 weeks with a right hamstring strain. I’m not too impressed with the Angels pitching staff. Matt Shoemaker is their ace. After that? They have a few holes. Bottom line for the Angels? If they can score 7 runs a game or more, they have a chance in a lot of games. But, if you can score that amount of runs consistently, I’ll give you a lot of credit. Los Angeles finished 2016 with 74 wins. I’ll pick the Angels to finish 2017 with 70 wins.

THIRD PLACE- The Houston Astros. Some of you may think I’m crazy. That’s fine, because a lot of people thought I was crazy for some of my picks from last year. I’m not worried about the Astros ability to score. Houston has a great combo up the middle with Jose Altuve at second and Carlos Correa at SS. Catcher Brian McCann is a decent option at catcher. Outfielder George Springer a really good player. Again, I’m not worried about their scoring. But pitching wise, Dallas Keuchel must have a better year than last year. Why? Because after Keuchel, I don’t see much talent. I like Houston’s situation at DH with Carlos Beltran and Evan Gattis. If the Astros can get some help from their pitching, even if it’s just from their 2 and 3 starters in their rotation, I’m confident they can slide up and even challenge for the A.L. West. But, again, they’ll need Keuchel to be much better and 2 other pitchers behind him will need to step up. Houston ended 2016 with 84 wins. In 2017, the Astros will finish with 85 wins.

The Seattle Mariners. I like a good number of players for the Mariners. Robinson Cano, Danny Valencia, Kyle Seager, Jean Segura, Jarrod Dyson and Nelson Cruz. From a pitching standpoint, Felix Hernandez leads a good pitching staff into 2017. In 2017, I can see Seattle winning the A.L. West. But, I’m picking them to finish second because I think Texas is overall, the better team. The Mariners had 86 wins last season. In 2017, Seattle will finish with 88 wins.

The Texas Rangers. Cole Hamels, Yu Darvish and Sam Dyson are pitchers I notice right away. The Rangers have really good positional players as well. Adrian Beltre, Elvis Andrus, Rougned Odor, Nomar Mazara and Carlos Gomez. Texas also signed former Indian Mike Napoli. Shin-Soo Choo will bounce back and forth between DH and right field. Jonathan Lucroy is a good catcher. If, the Texas Ranger can stay relatively healthy, they should win the A.L. West. But, it won’t be easy. In 2016, Texas won 95 games. In 2017, Texas will slip a little and win 90 wins.

As you can see, Oakland has a lot of work to do. I view them like I do the Phillies. Los Angeles, for some odd reason, just can’t get it right. With those teams out of the way, Seattle, Houston and Texas will be the teams fighting for the West. I could honestly see either of the three winning this division. But, I expect Texas to clinch it in late September.