CANTON, Ohio- I’m down to my final two divisions for the 2017 MLB season. In this edition of the Broulis Beat Report, I’ll do my best to predict the A.L. East. This division could very well be the toughest in all of baseball, yes, that usually is the case when you have Boston, New York and their massive pay roles. But, Toronto still has a solid team despite losing Edwin Encarnacion, the Yankees have some good young players and Baltimore still has a lineup that can light up the score board and one of the top closers in all of baseball. So, let’s get to it. 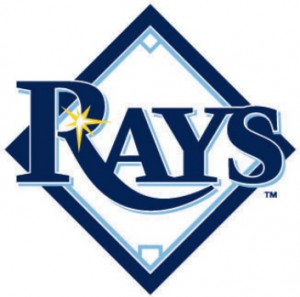 LAST PLACE- The Tampa Bay Rays. With the Rays, it’s a combination of a lack of scoring and pitching that will keep Tampa Bay from winning the division. But, this division is very strong. Obviously, you have to see what the other two divisions are doing when it comes to second and third place, but the A.L. East is going to be tough top to bottom. Now, before I get too far away, I like Chris Archer, Alex Cobb and Jake Odorizzi in their starting rotation. Alex Colome is their closer. At third base, Evan Longoria is still a solid player, Logan Morrison is Tampa’s first basemen and Kevin Kiermaier out in center. I don’t think that this Rays team will be able to consistently score enough to keep up with the rest of the division. Tampa finished with 68 wins. The Rays will end up with 79 in 2017.

The New York Yankees. Here’s my biggest question for the Yankees, can their starting rotation be good enough? I don’t think they’ll be able to. Masahiro Tanaka is the only solid pitcher New York has. After that, not so much. On the bright side, New York got Aroldis Chapman back as their closer. I do feel that the Yankees will be able to score some runs. Matt Holiday was signed as their DH, Starlin Castro is at second, don’t forget Didi Gregorius is at SS, injured to start the year, but is a solid player. Gary Sanchez is their catcher, and what a year he had last year. So, if the pitching can be half decent, I do feel that the Yankees can challenge for a wild card. The Yankees finished 2016 with 84 wins. In 2017 New York, will finish with 83.

The Baltimore Orioles. This O’s team will not lack scoring runs. From Mark Trumbo, who led all of baseball with 47 HR’s, to Chris Davis, Manny, Machado and Adam Jones. This team will score plenty of runs. Baltimore also has Zach Britton who led MLB in saves with 47. Now, here’s the big question mark for the Orioles. The Starting pitching. Their ace Chris Tillman had a great season last year. After that? Dylan Bundy is a good pitcher, but needs run support. If Baltimore can have 3 solid pitchers, they can possible challenge for the A.L. East or a wild card. Baltimore finished with 89 wins last year. In 2017, Baltimore will finish with 88 wins. 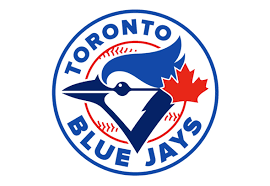 The Toronto Blue Jays. The Blue Jays lost a big bat in the off-season in Edwin Encarnacion, but they still of some solid players out in the field. Josh Donaldson is a great third basemen. Troy Tulowitzki is good at SS, Russell Martin is the catcher and Toronto managed to keep Jose Bautista. I will keep this short and sweet. I like most of the Blue Jays pitching. Toronto should be a very strong team again. In 2016, they finished with 89 wins. For 2017? 90 wins.

The Boston Red Sox. No more David Ortiz, but Boston acquired Chris Sale from the White Sox to add to an already great starting rotation. Craig Kimbrel is the closer. The Red Sox have a great outfield. Benintendi, Bradley Jr and Mookie Betts. I’ll put it this way, Boston is just as loaded as anyone in baseball. So, the big question for me? Can the starting rotation be as good as they are on paper? David Price is starting the season on the D.L. and there’s no time table for his return. Boston finished with 93 wins in 2016. For 2017, the Red Sox will reach 95.

Tampa Bay is the weakest team in the division. I think, when it comes to chasing after the wild card, the Rays won’t be able to compete with Detroit, Kansas City, Seattle or Houston if it comes down to it. If Boston doesn’t win this division, I’ll be shocked. It would come down to Toronto and Baltimore then. This will be a fun season for most of the teams in the A.L. East.