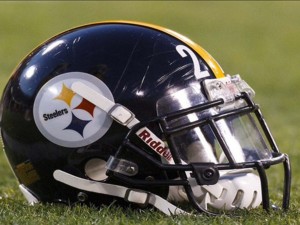 The National Football League is a business, it is by far the most popular business via sports in the United States today. The Pittsburgh Steelers have been successful in the NFL for 40 plus years.  That record of success over a long period of time says something about leadership as this team has had some great field generals. However, more importantly it speaks to excellent management and leadership throughout the organization, beginning at the top. Dan Rooney — owner, chairman and son of the team’s founder, Art –  serves as a model that extends way beyond the gridiron.
The Rooney family have done a masterful job with this organization. Since 1969, the Pittsburgh Steelers have had three coaches as that is unmatched throughout any professional league. The Rooney’s have always run the Steelers like a business, that’s because it is a business, it’s never personal. Furthermore, the Rooney’s are a family of integrity and principle and those qualities extend throughout the organization from top to bottom.
That being said, to have the success of the Steelers during the past 40 years means you must have outstanding leadership and management skills. It also means that you make decisions on what is best for your business moving forward to the future and that you understand the NFL is a business.  Steeler fans should be know different as we have watched top players in the Steelers organization be released in a moments notice.
Rod Woodson played 10 years for the Steelers and was often referred to as, “Rod is God.” However, Woodson played the final seven seasons of his NFL career with San Francisco, Baltimore and Oakland. Woodson led the Ravens in 2002 to a SuperBowl victory and at the age of 37, he led the league in interceptions with eight and appeared in a third SuperBowl with the Raiders.
Following the 1983 season, Franco Harris, the four time Super Bowl winner, the 9 time pro bowler asked the Rooney family for a pay raise for his due diligence over the years . The Rooney family refused as they thought that Harris was on the downside of his career. Franco Harris threatened to hold out and the Steelers released Harris in training camp in 1984.  “When Franco Harris went to Seattle, that was the most difficult,” Dan Rooney told The New York Times in 1997. “But this thing with Rod is right up there. I really wish he was finishing his career with us for a lot of reasons. It hurts.”
The Pittsburgh Steelers are a dynasty and are without question arguably one of the most successful organizations past and present for one simple reason, they do what is best for business.