Battle of the MVPs

The Western Conference Finals starts today and it is going to be a battle between the top two MVP candidates. One is a James Harden, “the beard” and the other is Stephen Curry, “the baby faced assassin”. Both are lethal scorers, who have emerged onto the NBA this year and are ready for superstardom. 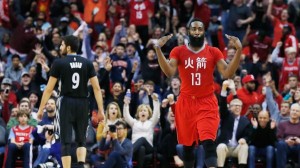 James Harden was born in 1989 in Los Angeles California, to Monja Willis and James Harden Sr. He grew up in the Rancho Dominguez section of Compton and suffered from asthma. During High School he got his asthma under control and went to Artesia High School in Lakewood. He attended Arizona State where he spent two years until he was selected with the #3rd by OKC in the 2009 draft. (JockBio)He was a great sixth man for the Thunder and was traded in 2012 to the Rockets, in one of the most debated and second-guessed trades in history. 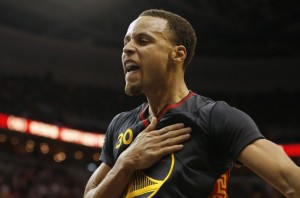 Stephen Curry was born on March 14, 1988 to Sonya and Del Curry. He grew up in North Carolina and played college ball at Davidson. He more than impressed in the NCAA tournament and was picked with the #7 by the Golden State Warriors in the 2009 draft, same draft as Harden. (Nbafamily)

The style of play James Harden is a herky, jerky, southern, southpaw, barbeque. He can get triple doubles, involve teammates and make players around him better but he is really his best when he is getting to the foul line.

Curry is an equal scorer even more prolific and he also gets his teammates involved. When he gets hot, which is a lot, the whole emotion of the game changes in favor of Golden State. He has the quickest release in the game and his handle is filthy, the best part of his game is really whenever he is looking to make plays.

Two moments have defined this years playoffs for the Rockets and Warriors. Curry becoming the fastest player to 100 threes in playoffs history and Harden being a cheerleader for the Rockets comeback against the Clippers, in game 6. Both things are individual accomplishments and are what a teams need to make the finals.