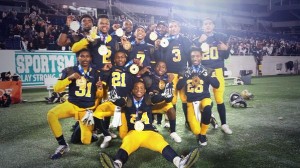 It was a disappointing culmination to the high school career of George Campbell. East Lake High School did everything they could to try and get Campbell out in space. George Campbell watched every kick-off sail through the endzone for touchbacks (except for one pooch kick). The Raiders punted a few times, but two of them were not returnable, and Campbell muffed the other one. He quickly jumped on the football to avoid a turnover. The Eagles coaching staff even had Campbell take a couple snaps in a wildcat formation. The best ranked athlete in the nation also came in motion a few times to run jet sweeps. The Saint Thomas Aquinas (STA) defense would have none of it. Due to the fact that it’s high school and stats aren’t always kept perfectly, I don’t know exactly what his rushing stats were, but it felt like he was stopped for a loss more times than he gained yards.

His receiving stats were a little easier for me to keep track of. East Lake QB, Jake Hudson, targeted Campbell 7 times, none of which resulted in a catch. I said in the preview of this match-up that the STA secondary would contain this freak athlete, but nobody saw this coming.

When I talked to the some of the DB’s earlier this week, the prevailing thought was that Damon Arnette would be locked up on Campbell all game long. Something changed. Head coach, Rocco Casullo, apparently had a change of heart. James “Pop” Oliphant played on East Lake’s side of the field, Rashard Causey played on the Aquinas sideline, and Damon played nickel all game. They didn’t move depending on the offense. That showed just how confident Coach Casullo was in all three of these players.

Of the three guys that lined up against the Campbell, Rashard Causey is the highest rated on ESPN as he even cracks the ESPN300. They have him ranked as the 238th best player in the country. Rashard was only thrown at one time (when guarding Campbell), but Campbell lined up on his side of the field the a lot.  Rashard had a great tackle on the first possession of the game, but otherwise had a pretty quiet game. As a corner, no news is good news.

Damon Arnette played nickel and boy did he have a good game. Arnette blitzed a few times and was very successful when doing so. He had multiple tackles in the backfield. Damon jumped two routes beautifully just to see interceptions graze his finger tips. One of those almost-picks came on a bubble screen that would have been 6 points for Damon, had he held onto it. Jake Hudson tried to throw the ball to Campbell three times while Damon was in coverage, and all three times the pass was incomplete. Arnette was flying all over the field. Blitzing, helping with the run, and of course, doing a good job in pass coverage.

When lining up on the side of the field that Pop was on, George Campbell was targeted 1 time. The pass fell harmlessly to the turf. There is about a seven inch height difference in this matchup but that didn’t stop Pop from having tight coverage every time that Campbell lined up in front of him. James’ coverage will not be what he is remembered for in this one though. Oliphant is also the punt returner for the Raiders and he left his mark on this football game. He was never quite able to get the ball into the endzone, but he changed the complexion of the game with his first return that he brought inside the Eagles’ redzone. Pop went on to have a few returns of more than 25 yards, and set up the Raider offense with a short field multiple times.

As for the other two targets, Campbell had one drop when he was relatively open over the middle on a play in which the Raiders were in zone coverage, and late in the fourth quarter he ran a go route against Frank Coppett. Their legs got a little tangled up, but it didn’t warrant a flag.

This isn’t to take away from what the Raider offense did or how well the defensive line played. I just feel that if George Campbell was able to get something going, it would have been a completely different game. The Aquinas secondary silenced him. 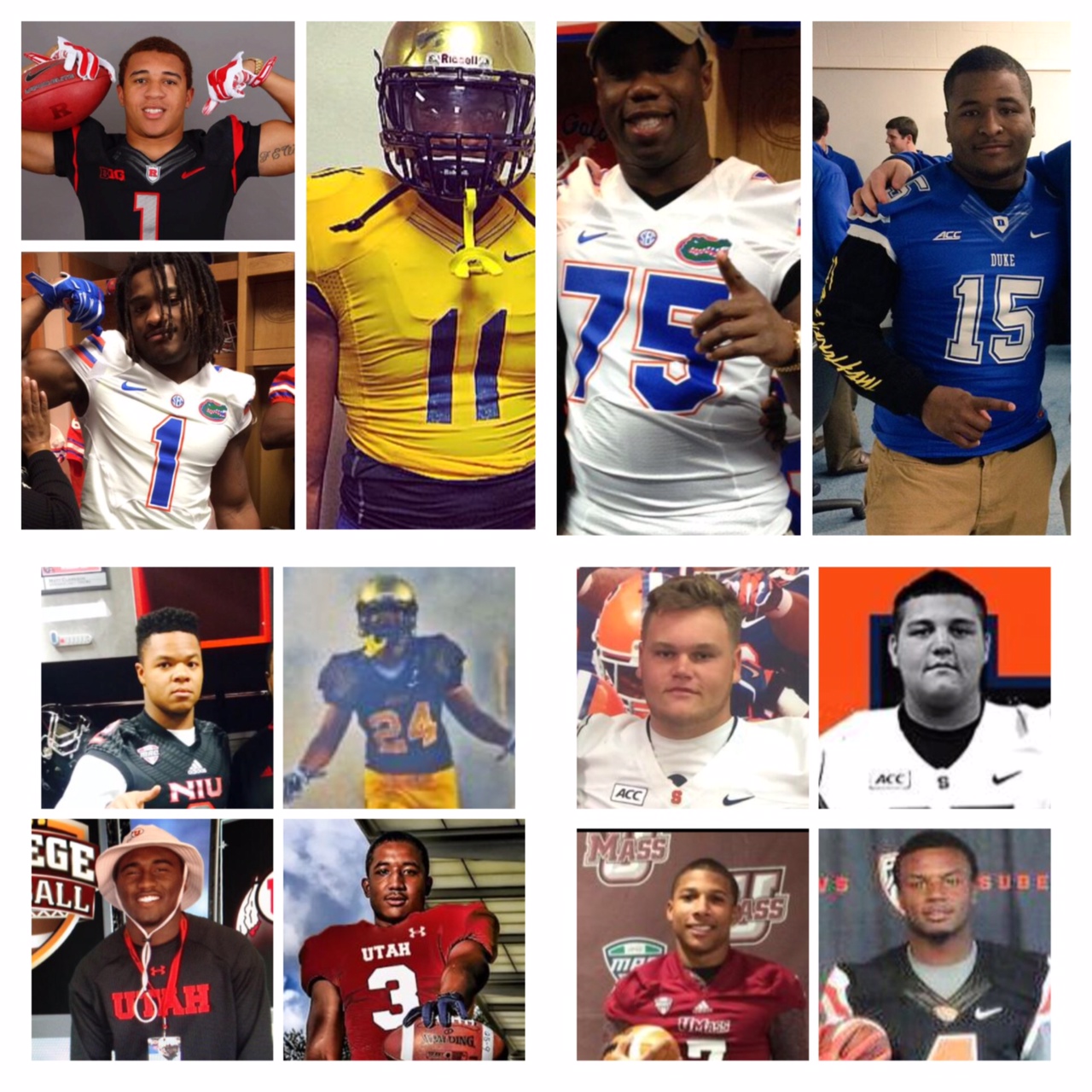 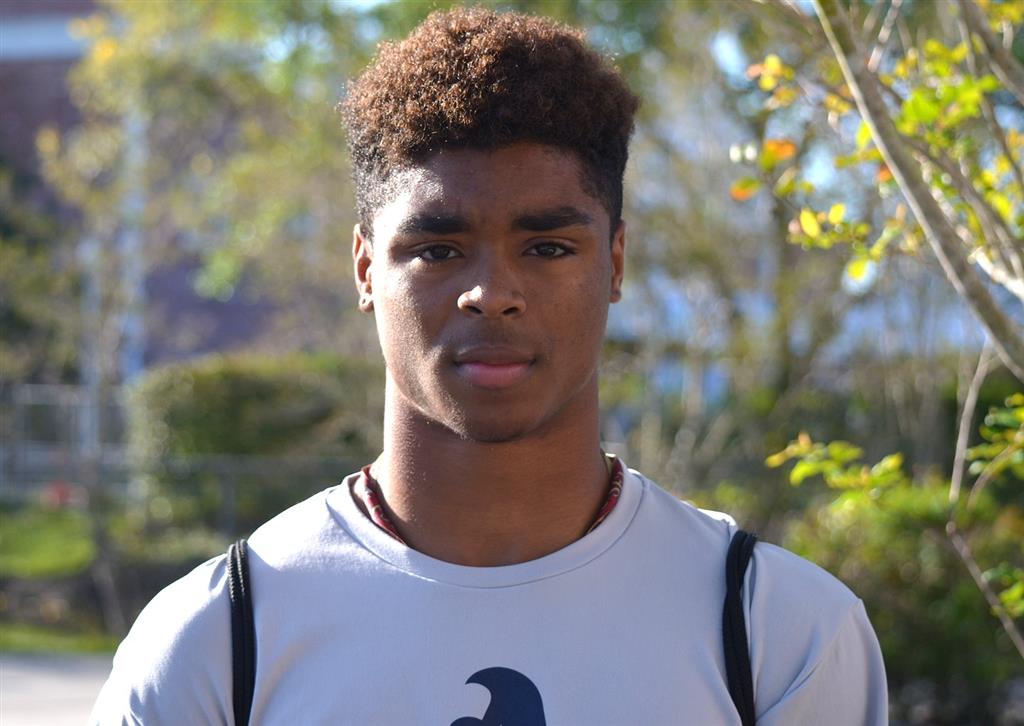