To begin with I am not for a second going to pretend losing our best player and captain at that point to a team we absolutely despise was a nice thing to see, especially as he left after eight years of consistent injuries with us to go a whole season nearly injury free for the first time in his career and fire a very average Manchester United team to the title.

We received £24 million for the Dutchman, who in the previous season had scored 31 Premier League goals winning him the Golden boot and arguably carrying our club into the top 4 and the Champions league, while we were still on an 8 year trophy doubt. It was somewhat understandable that he wanted to leave because of the lack of trophies he had won during his time with our club (his only major honour being the 2005 FA cup, in which he was only a substitute).We were told that once the Stadium debt was paid off we would start to spend serious money on the elite level of players and begin to build a squad strong enough of challenging the other top teams in the league and competing for trophies on a regular basis. as part of his announcement he stated that “the club was going in the wrong direction” which was hard to take as it bought a harsh sense of reality that we actually did not even come close to the other top teams in terms of signing players that would guide us to success, in the following seasons we signed two of the best attacking players in the world in Mesut Ozil and Alexis Sanchez (which along with other changes and signings) have managed to turn our club round in the right direction. In my opinion Van Persie will be regretting his decision now (yes he was won a league title which we haven’t in more than 10 years) but we have won two consecutive trophies now and personally I think it would have meant a lot more to achieve success with the club he grew up and made his career with.

He caused major controversy within the football world and completely ruined his image as a potential Arsenal legend by ditching our club towards the end of our long transitional period, after we transformed him from a raw arrogant teenager at Feyenoord into one of the worlds most technically gifted and clinical strikers and stuck with him through a very inconsistent spell in which he was injured for the majority of the time, meaning he could not help advance our club to the next level we have been aiming to recreate since 2004. It is sensible advice not to believe everything you hear in the media but when it comes directly from the players mouth and not a questionable quote from a newspaper and it is from your star player, even if deep down you know that it might not be true, your passion for your club can simply shield you from the truth.  in this case Van Persie claimed to be “Arsenals no 1 fan” and claimed that he had dreamed to play for Arsenal since he was a young boy. 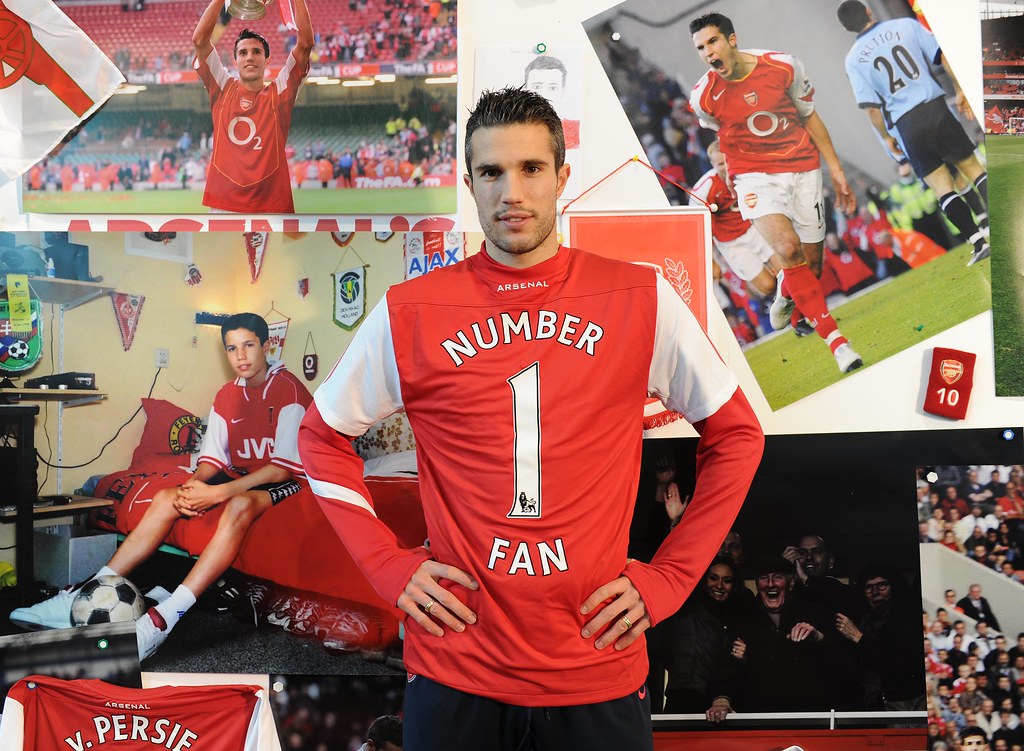 Our first port of call to replace him was Olivier Giroud who had just won the Golden Boot in Ligue 1 and fired Montpeiller to their first ever French League Title, at the beginning his ability to replace the Dutchman’s goals was questioned but he has thrived under the pressure of being the main striker for our club and has kept up an outstanding goals and assists tally whilst also offering us a new dimension of being a more physical presence as a centre forward to allow us to hold the ball in the opposing half (which we only normally do by passing the ball around across the front of the opposing defensive line which slows down the play and allows many lesser teams that will adopt this tactic against us to frustrate us and often nick one or even all three points from us despite having much less possession) and bring the many talented midfielders we have into play which has always been a key aspect of play since Arsene Wenger took over.

Van Persie has now rapidly declined in form after winning the League in his first season, he still remains a very technically gifted player but he is now past his prime and both his game time, goals and assists for Manchester United have all dried up. He has now reverted back to the regularly injured player that he was after his miracle first season with the Manchester club in which he somehow managed to stay injury free which essentially won them the league title, in this debut season he retained the Premier league golden boot by scoring 26 goals but in his second he scored 12 and 10 goals (admittedly starting at least 10 less games in both of these seasons).

(Van Persie on the Manchester United bench in 2014)

But in my opinion his departure has changed us for the better, as we have won 2 FA cups in a row and our squad depth has increased and our emphasis has changed from being carried by one marquee player to being a well rounded team with a solid foundation, now also actually contains more than one marquee player and  also now has the ability to change our play style in order to gain points against the fellow top 4 teams and have a backup plan which all combined means we can go on to challenge for trophies on a consistent basis on top of the 2014 and 2015 FA cup triumphs, making history as the club with the most ever FA cup wins. Thanks for reading and if you have any feedback on how I can improve please let me know, if you enjoy my content please follow my personal page  at https://wordpress.com/posts/tomcrossland.wordpress.com, my twitter @1crost82 and feel free to share. 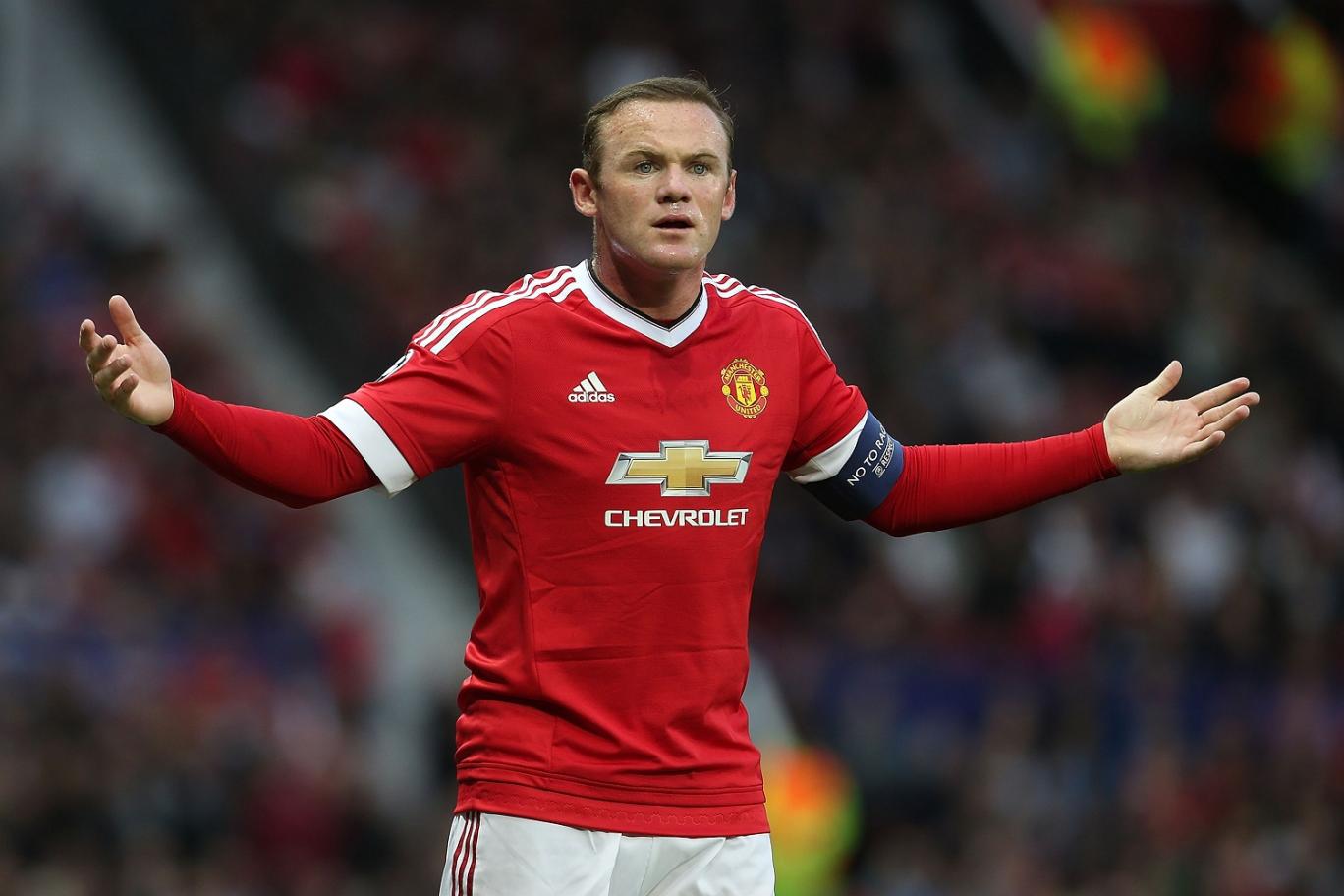 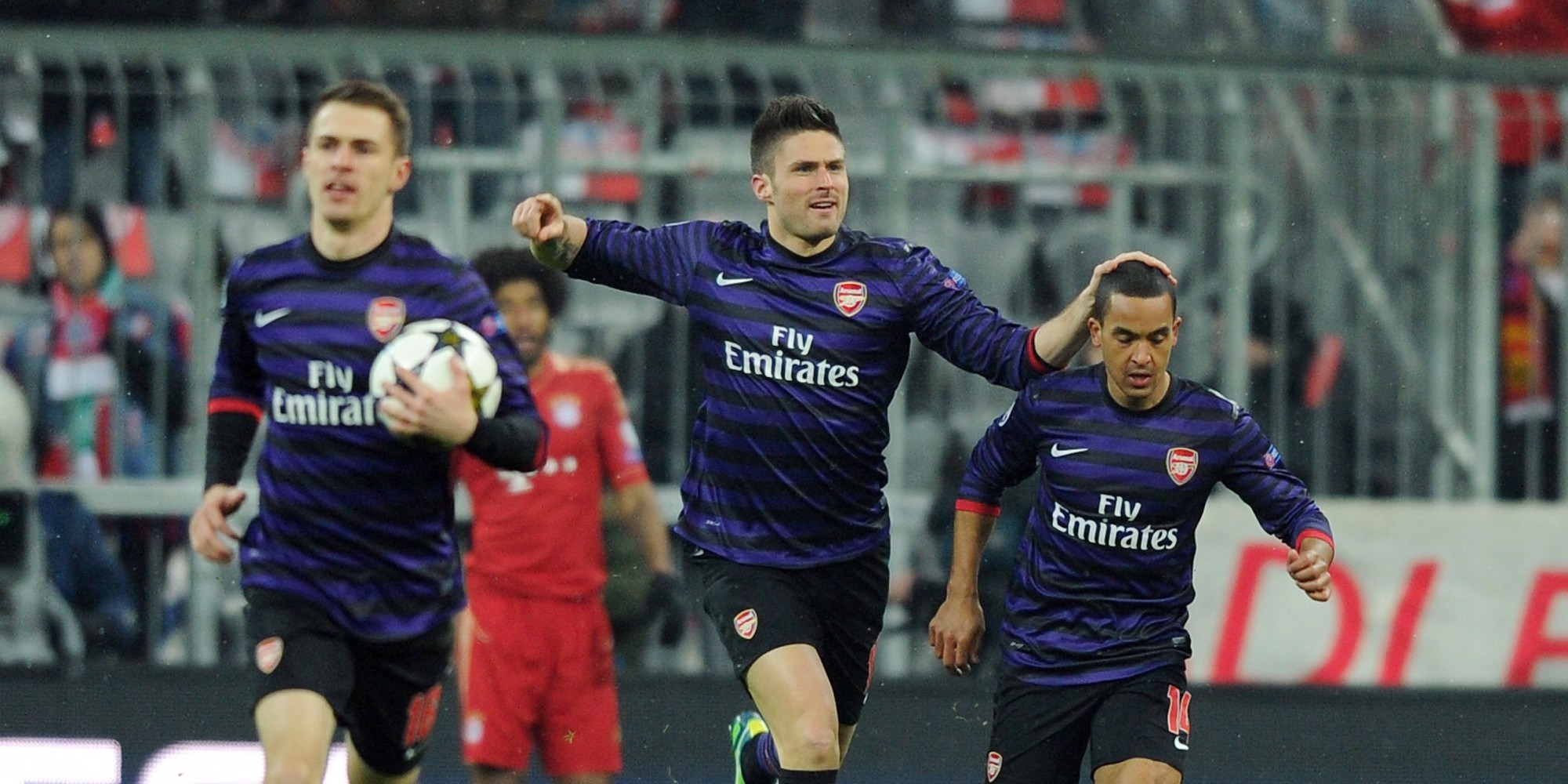