We are 5 weeks into the college basketball season, and there are nine undefeated teams remaining. Now if I were to ask you to name these nine teams, I bet most people could get at least five or six of these teams correct. Kentucky, Duke, Arizona, and Louisville are 1-4 in the AP Poll with Virginia and Villanova at 6 and 7 respectively. The last three teams may be more difficult for people to guess with them not being ranked in the top 10. Washington is currently ranked 16th, which gives us seven ranked undefeated teams, but the last two still remain unranked. These teams will more than likely be ranked next week, but for now they are in the unique position of being unranked undefeated teams. If anyone is still playing at home these last two teams are TCU and Colorado State. Let’s take a quick look at what these undefeated teams have done so far and what’s in store for them in the future.

Colorado State isn’t getting any love from the AP poll or the BPI, which is ESPN’s ranking system that takes injuries, scoring margin, and pace of play into account. This team is undefeated but can’t even be ranked ahead of 4-loss Florida in the BPI. That may have to do with the fact that Colorado State hasn’t played anyone good yet. Their best win was at Colorado, which isn’t a bad win, but it certainly isn’t something to hang your hat on. They also have decent wins over Georgia State and UTEP at home, but both of those will barely register on the resume if this team were to go undefeated all season. This team still has two games against San Diego State with a couple other games against possible tourney teams. This team isn’t in the same class as San Diego State and will more than likely lose a few more games than just those two in the Mountain West. The fact that this team is undefeated at this point in the season is quite an accomplishment, and they should cherish it while it lasts.

If you were to rank the best teams in the Big 12 right now, undefeated TCU wouldn’t be anywhere near the top of the list, and their RPI reflects this. TCU’s RPI is absolutely atrocious for an undefeated team, and that has everything to do with their schedule so far. They haven’t played a single team with any tournament aspirations besides maybe Ole Miss, but their hopes are very slim at best. TCU is doing way better than what anyone would have expected, but their expectations were so low that almost anything would have qualified as exceeding expectations. This team is typically incompetent in the Big 12, but this year they may at least pull a couple more wins than usual out of their hat. Look for their undefeated run to come to an end at home against West Virginia on January 3rd.

Washington’s places in the rankings are lacking because they too haven’t played a great schedule. They have a couple marquee wins with their win over San Diego State and their win today over Oklahoma, which should move them up those rankings a little bit when they next come out. The Pac-12 appears to be relatively wide open outside of Arizona at the top, so the door is open for Washington. They only play Arizona once, and it’s at home. They play Utah twice, who will be their top competition, and if they can beat them at least once, they could be the second place team in this conference. In recent years the Pac-12 has been a place to find mediocrity, but this year there is some depth, and that may help Washington’s resume out if they can keep their great start going.

Villanova is our first highly ranked unbeaten, and they have been pretty impressive so far. They have quality wins over VCU, MIchigan, Illinois, and now today against Syracuse. All of those teams haven’t exactly played great lately, so that won’t help their resume, but they have passed the eye test so far. This team is legit and could carry their undefeated record pretty far with the Big East not being stellar. This conference is much improved, but it still can’t compete with the other top conferences like the ACC, Big Ten, Big 12, and Pac-12. It might be able to compete with the weak SEC, but that’s it. Villanova won’t go undefeated, but they could finish the year with something like three regular season losses just like last year. Unlike last year, though, this team isn’t overrated and will not lose quite so early in the tournament.

I am not allowed to write about Virginia basketball.

Louisville has been great so far behind the outstanding play of potential All-American Montrezl Harrell. They have wins over a trio of Big Ten teams in Minnesota, Ohio State, and Indiana. That’s not a great resume so far, but they have the huge showdown at home against Kentucky in a week plus five more games against Virginia, North Carolina, and Duke, so their resume will have plenty of time to beef up. This team will lose at least one of those games, but one win over Kentucky may be worth two losses in those other five games. Kentucky is hands down the most talented team in the country, and if Louisville were to beat them, they would have a win no other potential 1-seed could compete with.

Arizona has a less than stellar RPI and BPI despite having wins over Kansas State, San Diego State, Gonzaga, and Michigan. Arizona went out and made what they believed to be a difficult schedule. It’s not their fault Kansas State and Michigan have underachieved, and San Diego State hasn’t been amazing thus far. Those four teams all still could make the tourney, but right now those four wins aren’t blowing anyone away. Gonzaga is very good, but it took an airballed free throw from Byron Wesley to save Arizona from that game. I haven’t been overly impressed with Arizona, but there’s no denying that they have as much talent as just about anybody. The Pac-12 is much improved this year, and their three games against Utah and Washington should be must watch games.

Duke has the most impressive win of the season so far with their win over Wisconsin. No other team has a road win of that quality, and that will be a huge resume builder if Duke were to drop a couple of their four games against Louisville, Virginia, and North Carolina. The freshmen on this team have been great thus far, but the question moving forward will be whether Jahlil Okafor, Tyus Jones, and Justise Winslow can carry Duke through the gauntlet that the ACC will be this season. Testing themselves outside of conference play has prepared them so far, but the other three quality teams they have beaten so far, Michigan State, Stanford, and UConn, haven’t exactly played great. The freshmen have handled themselves up to this point but playing in the ACC is a whole nother animal. Will they be ready? We will find out in just a few more weeks.

Kentucky just isn’t fair. It’s as simple as that. People legitimately think this team could go undefeated. Every year people believe some team will go undefeated, and Witchita State actually pulled off the feat in the regular season last year. This team is different, though. They aren’t just beating everyone, they are literally demolishing everyone with depth and size that no one in the country can match. They have wins over four quality teams in Kansas, Texas, North Carolina, and UCLA by a total of 97 points. That is more than just impressive. I can’t even think of word to describe how good Kentucky has looked thus far. If Kentucky beats Louisville next Saturday, they should finish the regular season undefeated with the SEC being so mediocre. If this team goes undefeated, it could go down as the best team of the last 25 years, but let’s not jump to conclusions. Let the teams play before we say anything too absurd like that. 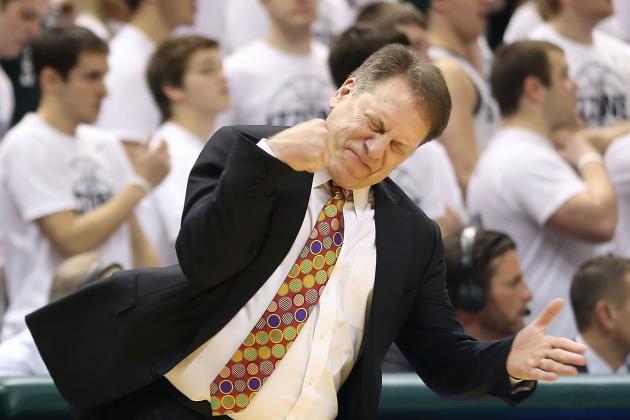 inals start this upcoming week for me, but that didn’t stop me from watching a lot of ball this past week. I watched Ohio State at Louisville, Texas at Kentucky, Florida at Kansas, and Gonzaga at Arizona on top of the two games we played this week. Now that the ACC/Big Ten Challenge and the […]