Okay, so this was a great game.

(Well, yeah, I named this article ‘Anatomy of a Disastrous Game’, but still.)

To the countless announcers I heard say this game was a disgrace, talking about it in similar tones as the Malice in the Palace of Auburn Hills in 2004: you are wrong. This was a fantastic game, a defensive struggle in the first half that featured a spectacular comeback by a struggling and inexperienced quarterback on the same day he won the FBS National Championship four years ago, pouring rain, big hits (some clean, some not), and, oh yeah, the two rivals with the most malice towards each other in the current NFL. So yes, I am going to say that this was a great game, especially following the 30-0 drubbing of the 8-8 Texans for the three hours preceding the Bengals-Steelers game. That game was the disgrace, not this one. Now, what really happened here?

1:43 left, third quarter – this is an important time, because it’s when the game began. Catching a pass from AJ McCarron out of the backfield, Giovanni Bernard turned and was speared by Ryan Shazier; helmet-to-helmet, this should have been a penalty. Watch it:

And yes, I know the rule. Gio was established as a runner due to the steps he took after receiving the ball, so he isn’t a defenseless receiver (he might beg to differ). However, does this stop us from calling a personal foul on Shazier for putting Bernard’s health at risk by hitting him in the head with the crown of his helmet? According to the referees, yes. To add insult to injury, Mike Tomlin challenged the play since Bernard lost the ball and won, giving the ball to the Steelers. Pittsburgh and Cincinnati got in another scuffle, and yet, it didn’t feel like Pittsburgh had gained any momentum.

Fast forward to the Steelers’ possession, which was postponed because Bernard seemed to be hovering on the brink of unconsciousness. The whole Bengal team was amped up, particularly Vontaze Burfict, who looked like he might stab a man. Sure enough, next play, Burfict lunged at the legs of a Steelers offensive guard for no apparent reason, although the referees didn’t see it. Following an incompletion on second down, on third down Burfict rushed the edge, sacked Roethlisberger at his own five yard line, ripped the ball from his hands after the play and held it up to the crowd like a Roman gladiator holding up his opponent’s severed head. Also, Roethlisberger was down, and it looked dangerously like a broken collarbone. He left the game to boos from Bengal fans.

Bengals score a touchdown. Landry Jones does nothing. Bengals score a field goal. Landry Jones does nothing. At this point, the Bengals trailed 15-10 with five minutes left and the ball. Following some clutch third and fourth down conversions by AJ McCarron, he connected with AJ Green for a long touchdown to put the Bengals up a point following the failed two-point conversion.

So yeah, Big Ben is on the sidelines with pads, but Landry Jones trots on the field to save the city of Pittsburgh, while the city of Pittsburgh sighs and stows away their terrible towels. Jones then threw an interception on the second play of the drive to-guess who- Vontaze Burfict, who’d been trying to cause trouble during about 97% of the fourth quarter, who took the ball and ran eighty yards backwards into his team’s tunnel, perhaps never to reemerge. With under two minutes left, all the Bengals had to do was run the ball a few times, burn Pittsburghs timeouts, and ride AJ McCarron off to Denver.

That is when America realized we were watching the Cincinnati Bengals.

On the first play of the following drive, Jeremy Hill attempted to fight for extra yards rather than safely falling to the ground and burning a timeout by Pittsburgh and fumbled the ball, which of course was recovered by the Steelers. This is when disaster struck.

Instead of seeing Landry Jones trot on the field again, Ben Roethlisberger replaced him, almost certainly striking fear in the hearts of Bengal fans. However, there seemed to be no need to worry as Roethlisberger failed to throw the ball more than ten yards downfield during the entire game-winning drive, instead throwing screen pass after screen pass, occasionally mixing things up with a two-yard dump off in the flat. Cincinnati had this game in the bag. And yet, well, I’ll let Vontaze Burfict and Pacman Jones tell you the rest.

This is just brutal pic.twitter.com/hBsIAJIBwO

Hold on…let's break down exactly what happened at the end of the Steelers – Bengals game: https://t.co/C5LyCZghke pic.twitter.com/GlMxwgWcoW

First we see Vontaze Burfict’s shoulder act as a hammer to the nail that was Antonio Brown’s head. This was an ugly hit, it was unnecessary, and he should and will be suspended for it. I’ll get to that later. But that penalty wasn’t the strangest, nor most controversial, nor most costly penalty of the last minute.

In the second photo you see a group of Bengal players and a Steelers assistant, linebacker coach and former legend Joey Porter. After watching some clear jawing going on between he and the opposing players, Adam Jones came in and took a slight swipe/lunge at Porter, and a flag was thrown.

Wait a second, why was Joey Porter twenty yards on the field with 20 seconds remaining? A former Steeler, one who was clearly saying some words to a herd of already-angry Cincinnati defenders, received no flag from the referee for his actions, but when he finally drew a reaction from Jones, the flag was thrown against Cincinnati, giving Pittsburgh a total of thirty yards in penalties and setting up the game-winning chip-shot field goal. Fans booed, trash was thrown, Pacman Jones was sobbing, and Marvin Lewis lost his seventh consecutive playoff game, making him 0-7 for his career.

Vontaze Burfict is being made out as a part-villain, part-monster by thousands, Adam Jones is posting completely NSFW social media rants, and Marvin Lewis was suddenly thrown on the hot seat by his own players.

Firstly, let me defend Burfict: he was the emotional leader on the team for the game, and would have been their co-MVP along with AJ McCarron due to his efforts in the last seventeen minutes of the game if Jeremy Hill had just done his job. He will be suspended at least two games for his hit on Brown, probably four, and he should. He is an extremely dirty player. But you know who else is/was a dirty player? How about Ndamukong Suh, James Harrison, Rodney Harrison, Ray Lewis, Steve Smith, and Mean Joe Greene? All of those guys are either current legends, working on major sports TV networks, or one of the greatest defensive tackles of all-time. So yes, blame Burfict for the loss. But also blame Jeremy Hill, Adam Jones, the referees, and remember that he had that game won until Hill’s fumble.

Joey Porter is likely facing a fine, which confirms that the referees should have thrown an offsetting 15-yarder on him for his role in the game’s end.

Not a lot to say here. As I said, Burfict will be suspended for several games. In my opinion, Ryan Shazier should also be suspended a game for his hit on Gio Bernard. Marvin Lewis may get fired for his lack of playoff success and inability to control his players down the stretch. It seems unlikely that Adam Jones, whose contract is expiring, will be back with the Bengals next season. He and Vontaze Burfict on the same team just seems like too much uncontrollable passion to reign in.

As for the Steelers, from what I saw last night, they don’t have a team good enough to compete for a Super Bowl. Denver will most likely dispatch them in Mile High. Now, it is time to forget about this game and move on to the divisional round. 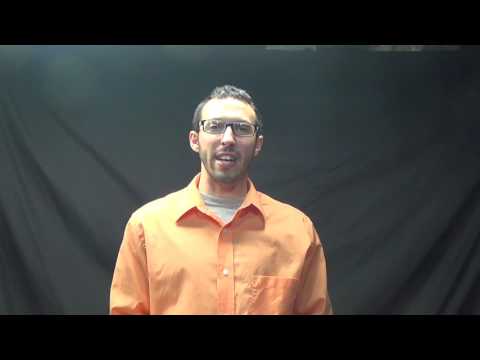