Wild Card Weekend has finally arrived and that means so has one of the best weekends in sports as well.

First off, congratulations to the teams that received first-round byes that won’t be playing this weekend. The Denver Broncos locked up the first overall seed in the AFC with a win against the Chargers as the New England Patriots lost that seed in their upset loss to the Miami Dolphins on Sunday. 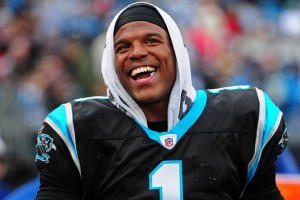 As for the NFC, the Carolina Panthers finished up their season on a strong note after losing their first game of the season in week 16 to the Atlanta Falcons. In their win, they beat the Tampa Bay Buccaneers as MVP candidate Cam Newton totaled four touchdowns. No. 2 seed in the NFC went to the Arizona Cardinals after they lost to the Seattle Seahawks in dominant fashion.

An interesting topic that should be noted regarding the games this upcoming weekend is that every away team is actually favored over the home team. This is quite uncommon, especially in the playoffs, however not this season.

The Houston Texans will host the Kansas City Chiefs to get playoff season started at 4:35 eastern time. The Chiefs are favored by three and a half points as the away team.

The Chiefs are currently soaring into the playoffs on a 10-game win streak (yes, they started off 1-5 and won out). This is the second time these teams will meet this season as they battled in week one, the Chiefs were victorious as Alex Smith threw for three touchdowns.

Since then, the Chiefs are connecting on all cylinders despite losing star running back Jammal Charles to a season ending injury. However, the Texans are much stronger since their first meeting too.

Their defense has excelled as of late and Brian Hoyer is much more comfortable in starting for this team as him and top-tier WR Deandre Hopkins have developed into quite the one-two punch. 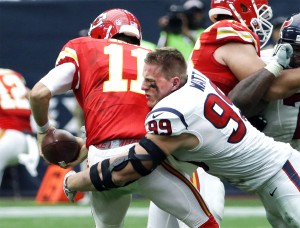 Despite Houston’s recent success, Kansas City’s streak is hard to choose against and I’m not betting against them.

Not only the streak, but Andy Reid is one of the most playoff experienced coaches in the NFL and he will ensure his team’s clicks going forth. Not to discredit Bill O’Brian by any means, but the kool-aid man is an offensive architect and will create a scheme to slow down J.J. Watt and company.

The next game is the Pittsburgh Steelers at the Cincinnati Bengals and this one should be exciting to say the least. As a matter of fact, the NFL sent out warnings to each team already as they got into scuffles in their previous meetings this year, one including before the game even started.

The two played twice this season being in the same division and both teams were able to claim one victory in relatively close games.

It’s easy to count the Bengals out as they are more than likely starting A.J. McCarron in place of injured QB Andy Dalton. Dalton suffered a broken thumb in week 12 and recently had his cast removed. However, their are three things to keep in mind about this game. 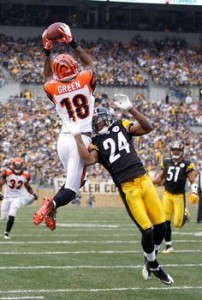 The Steelers are favored by three points and many experts see this team as the only true threat to the New England Patriots in the AFC. However, the more I think about this game, the more I begin to like the Bengals. 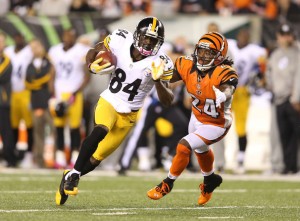 Despite this thought process, I still consider that the Steelers are the most explosive team in the AFC, and arguably the NFL. Antonio Brown had another career season and hasn’t been able to be stopped while Martavis Bryant and Markus Wheaton have been productive as well.

Big Ben Roethlisberger  is one of the best quarterbacks in the league and he will come out swinging. Expect him to have a huge day from the jump getting his wideouts involved early.

So with that being said, I am going to stick with my gut pick and choose the Steelers over the Bengals, 35-21, in the final Saturday game of wild card weekend.

It’s shaping towards being a historically cold playoff game with temperatures expected to be around 1 degree Fahrenheit for kickoff.

The Seahawks are favored by five points heading into Viking territory, although despite being the lower seed and on the road, they are still the same Seattle team that has been to two straight Super Bowls which is why they’re favored.

The Vikings have found tremendous success, once again, behind running back Adrian Peterson this season. Peterson became just the third back in NFL history to win the NFL rushing title after turning 30, joining Curtis Martin for the New York Jets and Marion Motley for the Cleveland Browns. 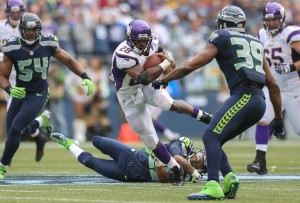 So it will be the NFL’s leading rusher going head on with the NFL’s best rushing defense as the Seahawks have only given up 81.5 yards per game this season.

Vikings quarterback Teddy Bridgewater had a solid 2015 regular season campaign as well, solidifying himself as the quarterback of the future in Minnesota. Although he already exceeded expectations this season, the former Louisville star can garner big-time attention with an upset over Richard Sherman and his Seahawks.

Even having as great of a season as the Vikings did, the Seahawks are still the Seahawks. Despite running back Marshawn Lynch missing another game (one he was expected to play in), Seattle still has plenty of threats on offense.

Russell Wilson is having a sensational season, even turning wideout Doug Baldwin into a top-ten WR statistically this season. Also, Wilson became the first player to register 4,000 passing yards, 30 touchdowns and 500 rushing yards all within the same season.

That brings us to our last game of wild card weekend that features the Green Bay Packers traveling to take on the Washington Redskins.

Yes… the Washington Redskins, led by Kirk Cousins, are hosting a playoff game. 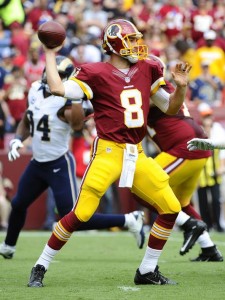 Don’t be deceived by this though. The Redskins are one of the hottest teams heading into the playoffs and tight end Jordan Reed helped fantasy owners everywhere get a little bit richer with his phenomenal play thanks to Kirk Cousins.

Washington is on a four-game win streak and have put up 30+ points in three straight games.

As for the Packers, well, let’s just say they’ve struggled (that’s a nice way of putting it).

Aaron Rodgers has had a difficult time finding any chemistry with receivers since Jordy Nelson went down in training camp and the team doesn’t look the same.

Eddie Lacy’s struggles continued throughout the season and everytime he had a good game and seemed to be back on track, something would happen. Whether it was following a good performance by a bad one or staying out too late before game-day and being punished for it, Lacy has shown no consistency this season.

As hot as the Redskins are and as cold as the Packers have been, it’s tough to choose against Cousins and his Redskins in the wild card weekend finale.

This wild card weekends should be as entertaining as ever with some surprising teams making the playoffs this year as well as the visiting team being favored in each game.

Have a great weekend, try to stay warm and happy NFL playoffs!