There were a few great battles during the Sprint All-Star Race. During the final segment, there were unexpected battles between Kurt Busch and Trevor Bayne, and even a near finishing showdown between Joey Logano and Sprint Showdown winnerKyle Larson. Though Larson lost control and finished 18th, Logano was able to win his first All-Star Race and $1,000,000. With the circumstances that occurred for most of the race, it’s not Joey’s fault. Whoever came up with the stupid rules as far as pitting and tires was what fouled up the entire night, not just the rain.

What started off as a great battle between Kevin Harvick and Kyle Busch at the start, it was after the first segment where the confusion began. All drivers had to pit and take tires by a certain lap before the end of the segment, which was one rule I was totally unaware of. Matt Kenseth was in the lead before the segment ended, but was penalized for not pitting when required. Kenseth’s brief bad luck wasn’t the only thing to have triggered this messy All-Star Race.

Though there was a caution between segments, those who were a lap down were not allowed to take a wave around, which confused a lot of drivers on where they were.Tony Stewart was confused when he spoke about it after being involved in a wreck, which ended his last All-Star Race. It was then that all interest in the race was taken out for me, all because of some rules which made no sense from the get go. Though that wasn’t even the worst part of it.

FOX was part of some stupid selection on who would not be required or not be required to pit. Jimmie Johnson was drawn to be the leader for the final segment, but at the restart it almost got ugly. It’s one thing to be required to pit between segments, but during a green flag race it messed it all up. Hell, I can’t even remember what was explained or what had occurred, except for what went on during the green flag sessions.

Since the 2008 Brickyard 400, this was by far THE most screwed up All-Star Race in history! It’s one thing to tweak the segments, but NASCAR should’ve stayed with normal rules and give those a bigger chance. Larson and Bayne were the only ones to benefit from racing hard for the money, but it wasn’t their fault either as they had to go with the flow.

Normally I don’t complain about a particular race, but this one made the exception. I had hoped that an exciting race for $1,000,000 would make up for the rain messing up the entire weekend. Well NASCAR made it worse, and though I am happy for Joey winning his first All-Star Race, the rest of the drivers, those who raced their way in AND for the fans watching, they got screwed…………….. 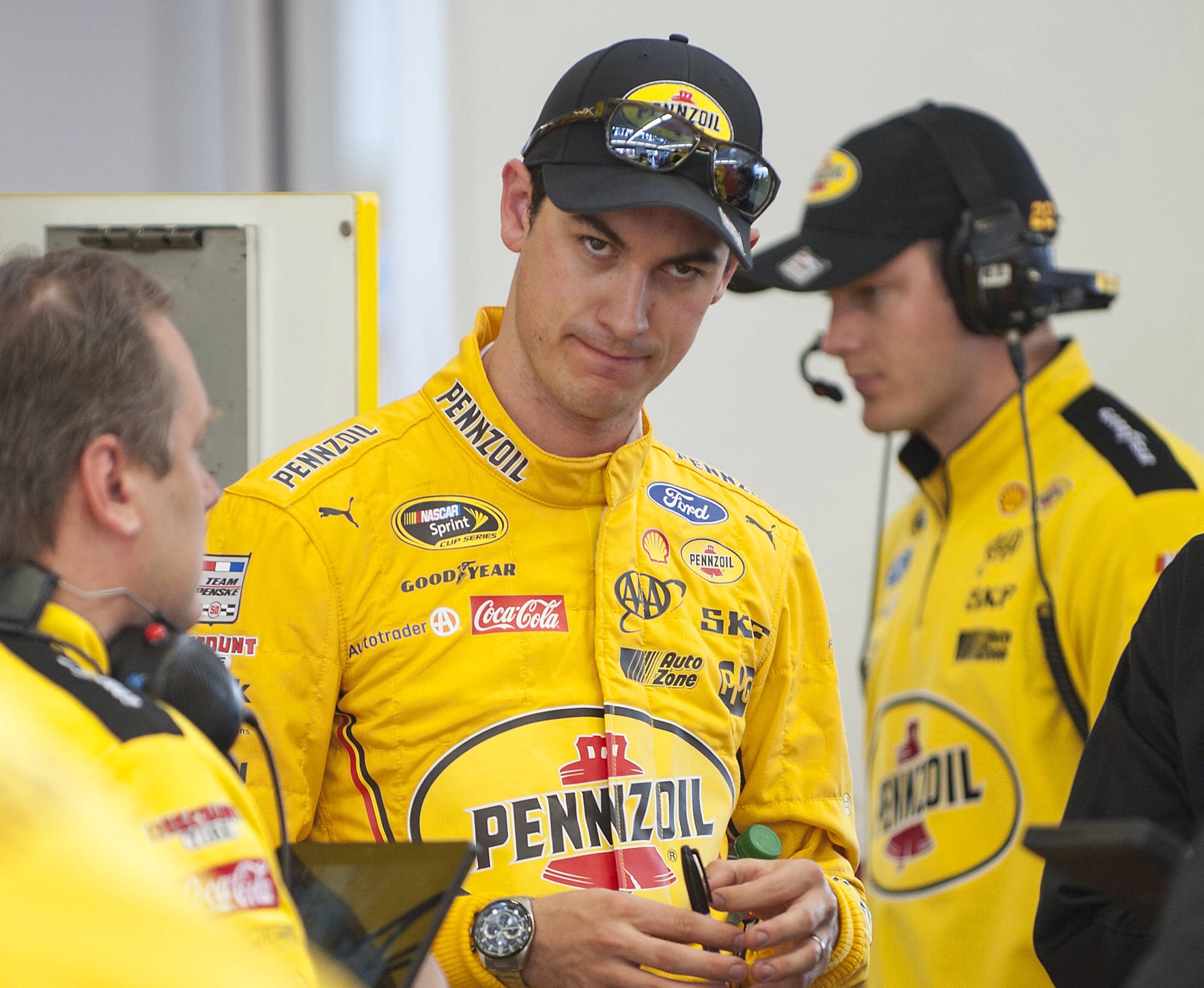