Despite Scotland’s disappointing Six Nations Campaign this year, I seized the opportunity to ask Edinburgh Scrum Half Sam Hidalgo-Clyne what it was like to be part of the Scotland squad for the 2015 tournament.

What was it like to be part of Scotland’s 6 Nations squad for the first time?

it was a huge honour to be involved in the 6 Nations squad, something I have always dreamed of and aspired to as a kid. I was fortunate enough to have been in the wider training squad for the autumn test’s, which definitely helped me to settle into the squad and get to know the player but to also familiarise myself with the structures that were put in place.

What was your biggest highlight of the 6 Nations Tournament?

My biggest highlight has to be my debut. It was very surreal until the moment I was standing side by side with the French in the tunnel at the Stade de France. Running out onto the pitch in front of over 80,000 is very hard to describe what it feels like. It was an unbelievable moment and something I had always dreamed of doing.

Following Scotland’s Six Nations result how do you think they perform in September’s World Cup? (Playing against teams like South Africa)

I think looking forward to the World Cup; we have a brilliant squad that can do something special. I think South Africa will be extremely tough, but our biggest game will be Samoa. It will be very physical, but is a must win game that will give us good stead for the rest of the tournament. 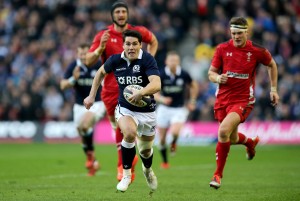 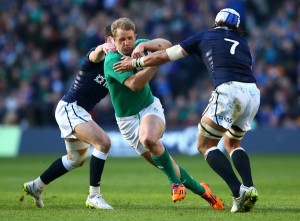 Credit all authors of images used in both article and as cover image : Chelsea Douglas