CANTON, Ohio- My last NFL divisional prediction takes me to the AFC North.

OFFENSE: The Browns will need to rely heavily on their run game with Isaiah Crowell, Duke Johnson and rookie Matt Dayes. The Browns are going with rookie QB DeShone Kizer. Cleveland’s receiving core leaves much to be desired with Corey Coleman, who had a good preseason, but must stay healthy. Kenny Britt, Ricardo Lewis, Randell Telfer, Seth DeValve, rookie David Njoku and newly acquired Sammie Coates all must step up and play better for Cleveland to have a chance at looking like an NFL offense. Cleveland also invested a lot of money into their offensive line in hopes of improving the protection and run blocking.

DEFENSE: Myles Garrett is expected to miss a decent amount of time with a high-ankle sprain. Cleveland, in general, looks to have a better defense. The D-line has talent with Jamie Meder and Emmanuel Ogbah. The linebacking core is much better than it has been in the past with Jamie Collins, Joe Schobert and Christian Kirksey. The secondary is still a question mark, but Jamar Taylor, rookie Jabrill Peppers have looked solid, along with Derrick Kindred.

CLEVELAND BROWNS FINAL THOUGHTS- Cleveland will have keep games low in scoring if they want to win. This offense isn’t capable yet of scoring a lot of points. The defense will have to do the heavy lifting this year, while they wait for the offense to find its identity.

OFFENSE: There are plenty of weapons on offense for the Bengals. The receivers are AJ Green, Brandon LaFell, Tyler Boyd, John Ross and Tyler Eifert. In the running game, Cincinnati has Jeremy Hill, Giovani Bernard and Joe Mixon. With all those weapons, I still don’t think Andy Dalton is their answer at QB. Plus, they lost two starting offensive linemen. This will be an interesting year on offense for the Bengals.

DEFENSE: I like the Bengals D-line featuring Carlos Dunlap, Geno Atkins and Michael Johnson. The secondary is still good with Dre Kirkpatrick, Darqueze Dennard and George Iloka. Now if Cincinnati could only hope that Vontaze Burfict can grow up and stop being such a dirty player at linebacker, I’d say they have a good linebacking core.

CINCINNATI BENGALS FINALS THOUGHTS- The Bengals have a lot of weapons on offense, but again, I’m not big on Andy Dalton and now that they lost two starters on the O-line, will they be able to protect him as well? Will this offensive line be able to run block as well? The defense is stout. I’m sure they’ll help the Bengals stay in games, but being on the field too much will hurt them eventually.

OFFENSE: Joe Flacco will be the starting in week one. He’ll have some weapons this year with Breshad Perriman and Mike Wallace outside. The running backs are Terrance West and Danny Woodhead. Danny Woodhead can be used as a RB or WR. Either way, he’s dangerous in the open field.

DEFENSE: Baltimore will still stay true to its strength, which is on defense. Terrell Suggs leads the defense followed by CJ Mosley, Brandon Carr, Tony Jefferson, Eric Weddle and Jimmy Smith. The Ravens also hope to get contributions from rookies Chris Wormley and Marlon Humphrey.

BALTIMORE RAVENS FINAL THOUGHTS- The defense is there, but can the offense live up to its potential? If it can, Baltimore just might be able to challenge Pittsburgh for the North crown, if not, at least a wild card spot. 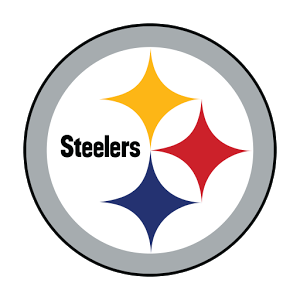 OFFENSE: Top five, if not three in the NFL. The Steelers have an offense that can bury you in the first half with play-makers such as Antonio Brown, Martavis Bryant, Eli Rogers and more outside. Le’Veon Bell is one of the best Running backs in the NFL and of course, the offense is led by one of the best QB’s with Ben Roethlisberger. This is one of only two teams in the AFC that can put up a fight, offensively, with New England. The other is Oakland.

DEFENSE: What’s been holding Pittsburgh back from a return to the Super Bowl? It certainly isn’t the offense. The Steelers finally think they’ve got the right players in place to compliment the offense. Cameron Heyward and Stephon Tuitt on the D-line. Bud Dupree, rookie TJ Watt and Ryan Shazier are the linebackers. Now, can Pittsburgh finally have a secondary? The Steelers recently signed former Browns Pro Bowler Joe Haden to help create a better secondary. Artie Burns will be opposite Haden and Mike Mitchell is their safety.

PITTSBURGH STEELERS FINAL THOUGHTS- No concerns about the Pittsburgh offense. If the secondary improves, the Steelers should find themselves, once again, in the AFC title game.

AFC NORTH REVIEW- The Cleveland Browns still have work to do, especially offensively. Cincinnati could be the wild card team of this division, as in that team that flies under the radar. Baltimore will try to keep up with Pittsburgh, they’re the only team in this division that plays Pittsburgh tough every time and the Pittsburgh Steelers have just about everything it takes to make another run at the Super Bowl, unless Roethlisberger goes down for the year.