The women’s World Cup kicks off Saturday, June 6 with a match between host nation Canada and the Republic of China. The Unites States Women’s National Team opens up play in Group D on June 8 against Australia before playing Sweden on June 12 and Nigeria on June 16.

This year’s US women’s team will be looking to win its first World Cup since 1999. The only holdover from the 99ers as they are often called is captain and center back Christie Rampone who will be appearing in her fifth World Cup. Being extremely excited for this year’s World Cup, I decided to take a stab at what I consider to be the All-Time Best Starting XI for the US Women’s National Team. My picks are below with the team employed in a 4-3-3 formation. Please share your thoughts.

Analysis: Brianna Scurry was a strong U.S. keeper, but Solo is arguably the best keeper in the world. While she does have some questionable character issues that have caused her trouble with family and the law, Solo uses her athletic ability to make many acrobatic saves. She currently has 170 career caps and holds the US women’s career record for shutouts. Solo will be appearing in her third World Cup.

Analysis: Some may like Brandi Chastain here because of how she scored the winning penalty kick in ’99 before ripping off her jersey to display her black sports bra, but not me. Chastain was converted from forward to outside back because that was her only chance to make the team in ’99. Margraf had 201 caps in her 13 year international career. She played in three World Cups winning in 1999. In addition, Margraf won a gold medal in the 2004 and 2008 Olympics.

Analysis: Rampone will be appearing in her U.S. record fifth World Cup and is the current captain of the U.S. squad. She has played for the United States since 1997 and currently has 306 career caps. Rampone was a member of the 1999 World Cup winning team, and has also won three gold medals. At age 39, Rampone is still going strong after tearing her ACL in 2001 and giving birth to two children. She is definitely the heart and soul of the US backline.

Analysis: Fawcett made 239 caps in a 17-year career that ended in 2004. Despite playing center back, she retired as the highest scoring defender in U.S. Women’s National Team history with 27 goals. Fawcett was the original soccer mom as she continued to play after giving birth to her three children. She appeared in four World Cups winning in ’91 and ’99. Fawcett also won two Olympic gold medals.

Analysis: Overbeck honed her craft playing for Anson Dorrance and his famed North Carolina program where she was a three-time All-American and won NCAA titles all four years in college. She earned 168 caps for the national team where her career spanned from 1988-2000. Overbeck won World Cups in 1991 and 1999 as well as two Olympic Gold Medals. She is a member of both the North Carolina and National Soccer Hall of Fame.

Analysis: Lilly is the most capped player in the history of US soccer including the men’s team. She appeared in 352 international matches between 1987 and 2010 where she recorded 130 goals and 105 assists. Like Overbeck, she won four NCAA Championships at North Carolina and won the Herman Trophy her junior year as college soccer’s top player. Lilly won World Cups in 1991 and 1999 as well as two Olympic gold medals. She was inducted into the US Soccer Hall of Fame in 2015.

Analysis: Along with Mia Hamm, Akers was the face of US Women’s Soccer in the 1990’s and was instrumental in the sport gaining popularity among girls. She starred at the first-ever women’s World Cup in 1991 where she helped the US capture the World Cup by earning the Golden Boot Award as the tournament’s top scorer. In 1994, Akers was diagnosed with Chronic Fatigue Syndrome which caused her to be removed from the 1999 World Cup final against China and have IVs administered to her in the locker room the rest of the game. Akers appeared in 153 international games between 1985 and her retirement in 2000. She ended her career with 105 goals which could have been higher had she not been moved from forward to central midfield later in her career. Akers won the World Cup in 1991 and 1999 as well as one Olympic gold medal. In 2002, she was named FIFA Female Co-Player of the Century along with China’s Sun Wen. When FIFA celebrated its 100th anniversary in 2004, Akers and Hamm were the only female players selected by Pelé as one of the 125 greatest living soccer players of all-time. US Soccer inducted Akers into the Hall of Fame in 2004.

Analysis: Younger generations may recognize Foudy as one of the best soccer analysts out there today as she has been a commentator for both men and women’s soccer. Yet, Foudy was a strong team leader who appeared in 272 international matches between 1988 and 2004. She found the back of the net 45 times and added 55 assists.

Analysis: Many may prefer current US star Alex Morgan over Milbrett, but her career is still in the early stages with only 84 caps. Milbrett, meanwhile, scored 100 goals in 204 appearances for her country while adding 61 assists. She currently ranks fifth in goals, fourth in assists, and eighth in caps.

Analysis: Wambach just turned 35 two days ago and has been on the national team since 2001. She is the all-time leading scorer in international history with 182 goals  and 72 assists in 242 matches. Wambach is known for her ability in the air where she has scored at least an incredible 78 in the air. She is a six-time winner of the U.S. Soccer Female Player of the Year Award, and was chosen as FIFA Player of the Year in 2012. Wambach scored the winning goal on a header in the 2004 Olympics’ gold medal game against Brazil, but broke her leg and was not a member of the 2008 Olympic gold medal team. She is looking to win her first World Cup this year.

Analysis: During her playing days, many young girls could be seen wearing Hamm jerseys as frequently as the girls of today where Wambach or Morgan jerseys. She began her international career at age 15 and accumulated 275 caps between 1987 and 2004. Hamm is considered the most well-rounded female U.S. player of all-time. She is second in scoring for the national team with 158 goals and is first in assists with 144 which is 39 more than Lilly. Hamm was voted FIFA Player of the Year twice and U.S. Soccer Female Player of the Year five times. She was a four-time NCAA champion while at North Carolina, won the World Cup in 1991 and 1994 and won Olympic gold two times. Hamm was inducted into the National Soccer Hall of Fame in 2007.

Commentary: With the field players in front of her, Solo would not face many dangerous shots. But, she is always good for one to two acrobatic saves anyway. Overbeck, Fawcett, and Rampone are center backs and any of the three could easily move outside. The midfield and players up top are explosive and would create a bevy of top scoring opportunities. Akers would win balls in the air and control the midfield while Foudy and Lilly would provide great outswingers into the box to Wambach to head home. Millbrett and Hamm would stay wide and provide constant pressure on the outside backs preventing them from pinching in to help the center backs deal with Wambach and Akers pushing through the midfield.

From the current group of U.S. players, Morgan and midfielder Carli Lloyd have the best chance to make the starting XI if they continue at their current pace. Morgan would replace Millbrett up top and Lloyd would only have a chance of replacing Foudy. Lloyd is second in career goals behind Lilly with 63 for players who played exclusively in the midfield . However, in my eyes, Lloyd would need to top 90 goals or above because she lacks the leadership that Foudy brought to the team. Foudy was calm and collected and did not lose her composure on the pitch as Lloyd often has done throughout her career.

What are your thoughts? Would you make any changes? After the United States Women’s National Team tied South Korea 0-0 yesterday at Red Bull Arena in its farewell game before heading to Canada for  this year’s World Cup that begins June 6, US veteran forward, Abby Wambach, felt the need to warn her teammates they can have an embarrassing early exit if they go into […] 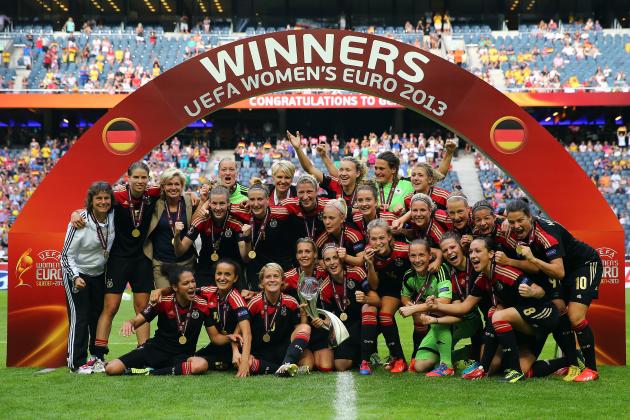 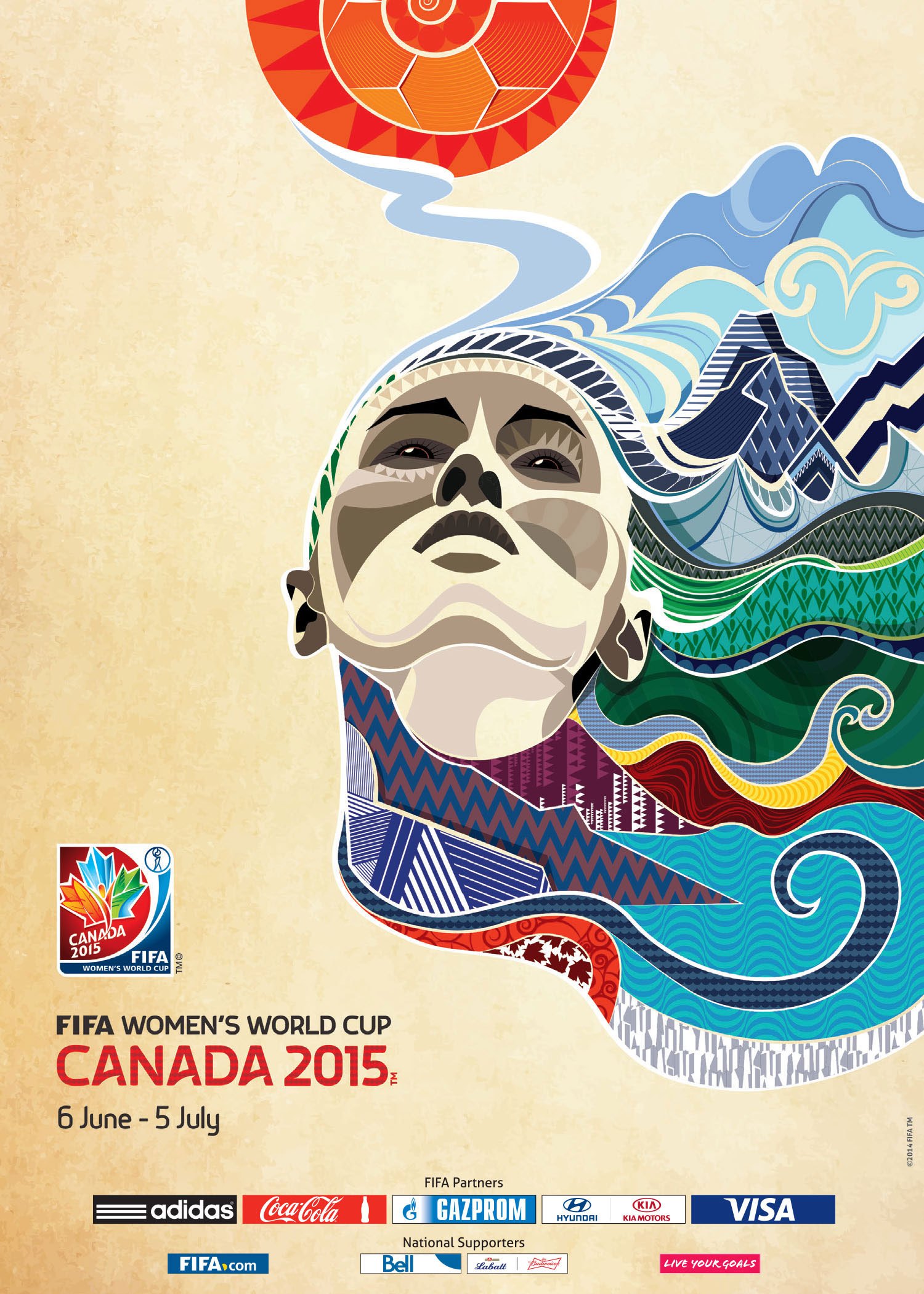