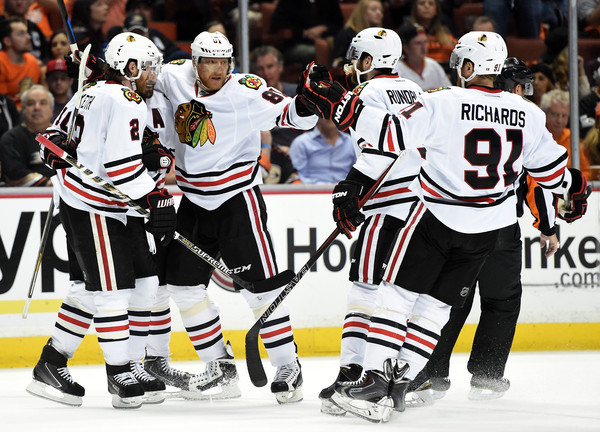 The NBA Finals are once again upon us and this year we have quite the match-up between two of the leagues biggest juggernauts.Five of the last seven MVP’s have been earned by the two superstars in this series- Steph Curry earning his first this season, and, of course, LeBron James holds 4 of his own. […] Barcelona defeated Athletic Bilbao 3-1 yesterday in the finals of Copa del Rey yesterday to add to their strong season. Barca came in first in the standings in La Liga by a two-point margin over rival Real Madrid. They can add to the accomplishments with a victory in the UEFA Champions League final over Italian power Juventus […] Adrian Peterson has assured the Minnesota Vikings his non-participation at voluntary OTAs was a business decision and not personal. He is not looking to be traded by the Vikings, but is angry that the NFL Player’s Association does not guarantee contracts like the NBA and Major League Baseball. The Vikings are guaranteeing Peterson’s 12.75 million dollar […] I did not want to bring it up again, but the Patriots cheat. Now that I got that off my chest, I have decided to be maybe the 1st of everybody else to politely ask, Bill Tom & Patriots Incorporated to please stop. This is maybe the 1st time since a blowout game came about […] Yesterday, I took a trip to Philadelphia to see the Phillies square off against the Rockies.  My favorite part of the day, excluding the game, was going right up to the bullpen and watching the Rockies pitchers throw a quick 15-20 pitches on the mound to get loose. I was literally ten feet away from […] Since the NBA finals seem like an eternity away there has been plenty of time for the various news outlets to choose interesting storylines as to which team should be favored to win the NBA title.  One of the recurring conversations I keep hearing, and point of contention is that the Western Conference is just […]