What will Andrew Wiggins bring to the Minnesota Timberwolves?

After he was drafted by Cleveland, it seemed like all the stars were aligning with the LeBron choosing to come back home.  Wiggins would get the chance to grow at his own pace and learn from one of the greatest basketball minds to ever play the game.  His first few years, he would be primarily […]

ClevelandPlays: The Sports and Social Club of Cleveland

Having lived in Cleveland, Ohio for the majority of my life  there are certain things about this town that makes it an amazing place to live. The summers in Cleveland are gorgeous, the metro parks provide so much outdoor activities, and the cost of living is incredible. Not to mention we have three professional sports […] 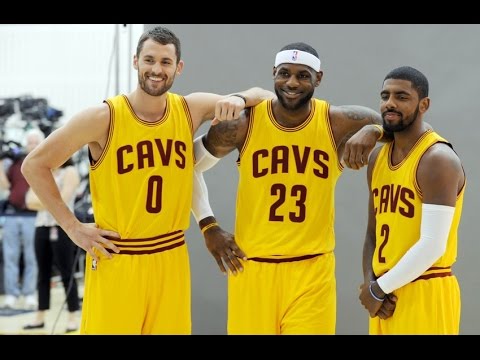 If this doesn’t get you pumped for October 30th, I don’t know what will!

Cavs begin the season with a bang! Which Rookie QB will have the best seasoncareer?

The quarterback position is the most difficult position to play in sports.  There are a lot of quarterbacks that have the arm talent to make all the throws the NFL requires, but being a successful quarterback in the NFL requires so much more than that.  A quarterback needs leadership, intelligence, decision making, confidence, accountability, work […] Typically NFL Sundays in Cleveland begin with excitement and hope.  A weeks worth of anticipation fuels an already passionate fan base and you can almost feel a collective exhale upon kick off.  For the past 4 years, early October has been both exciting and stressful.  New quarterback and coaches have entered and exited and draft […] This week is an interesting week for me in Fantasy.  I have 3 weeks of data, and in all honesty im confused.  Both my Quarterback are elite, but Drew Brees is barely making me feel confident lately about his ability while Rivers has been the man.  Who do I start? And then there are the […] What can the tribe do to get over the hump?

With another offseason underway for the Tribe many will look back on 2014 as a season of almost’s and what if’s. With a starting pitching staff that was constantly changing and evolving from opening day to the last game against the Rays, it is actually pretty remarkable how the season turned out. Had I told […]